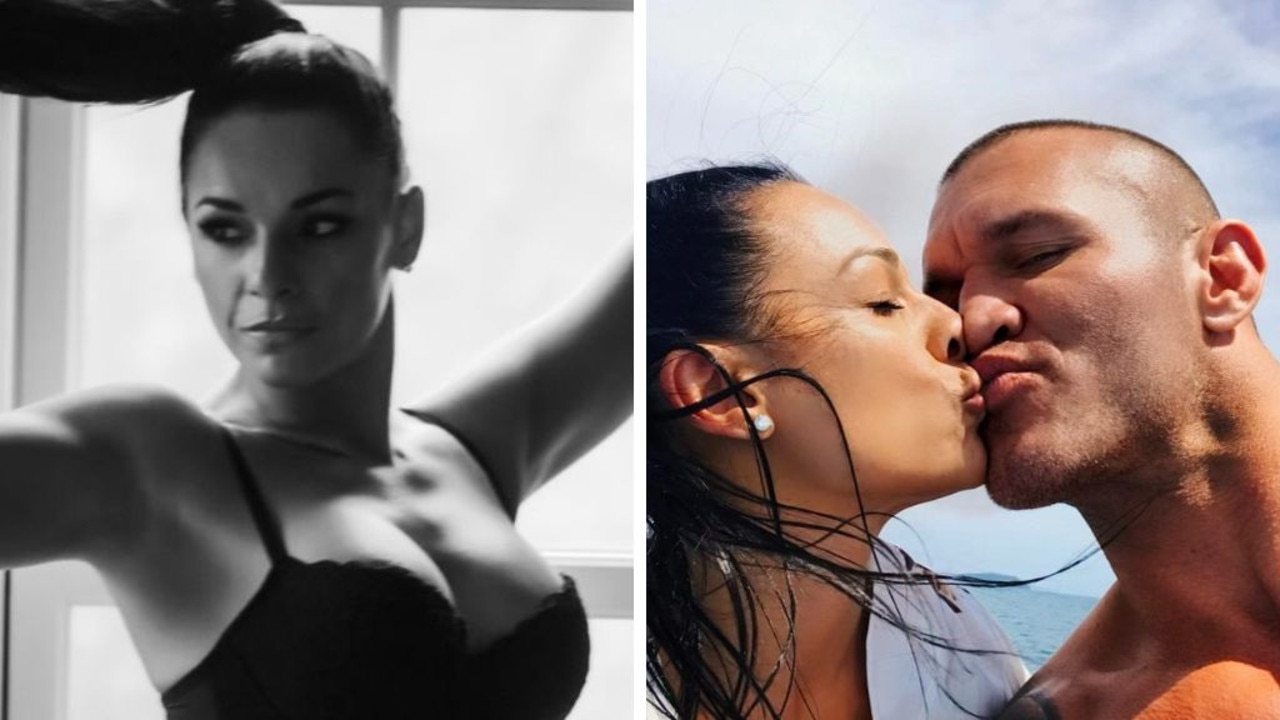 On the latest episode of “The Wives of Wrestling” podcast — which is hosted by Jon Alba and also includes Kim and Giovanna Angle, wife of WWE Hall of Famer and Olympic gold medalist Kurt Angle — Kim recalled having sex with Orton at The Garden during the most festive time of the year, the NY Post reports.

Stream over 50 sports live and on demand with Kayo. New to Kayo? Try now 14 days free >

“He told us to go in. A security guard entered our house. Then he had both titles. New, fresh love. There is nothing better.”

Alba pointed out that the WWE took over MSG around Christmas in 2013, when Orton was the WWE World Champion. The 42-year-old is currently sidelined with a back injury.

“You got fucked in Madison Square Garden at” [WWE’s] Christmas show? What ails you, woman?” asked Alba.

“What do you mean?” asked Kim. “We show Christ our love. I’m so glad my kids don’t love me enough to listen [to the podcast] not anymore.”

Kim and Orton welcomed their daughter Brooklyn Rose Orton in November 2016 – a year after the couple tied the knot in Las Vegas. She has three sons from her first marriage, Anthony, Robbie and Michael. Orton also has a daughter, Alanna, from his first marriage to gymnast Samantha Speno.

“Why do you think my husband fell in love with me, Jon?” asked Kim. “He’s like, ‘Wait a minute, this girl is something else. She’s a freak.’”

Orton proposed to Kim during a romantic getaway to Bora Bora, and they married four months later on November 14, 2015. The couple met at a live event in Poughkeepsie, New York, in 2012, while she was a member of his fan club.

Kim brought up the sex story after the group discussed the cleanliness of title belts after they won.

“People with titles, when you first take that title home with you, make sure you take that shit down with alcohol,” Kim said.

“Kurt and I may have done it with his medal… I just had them on. You heard ‘tink, tink, tink,’ Giovanna joked about her Olympian husband.

This article originally appeared on the NY Post and is reproduced with permission.