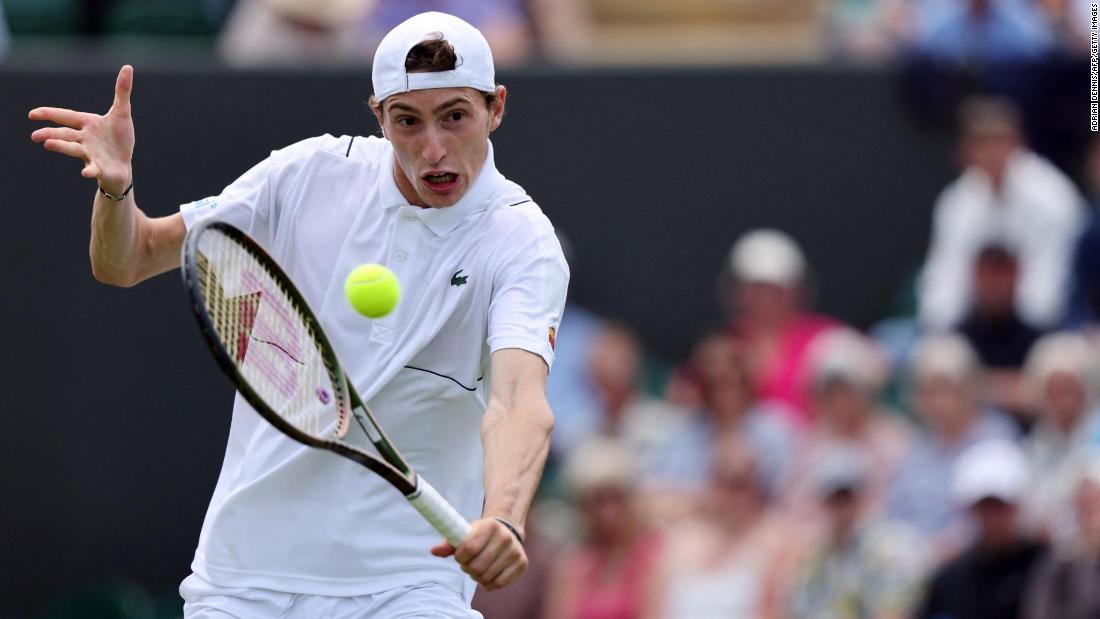 After a 90-minute rain delay, Humbert headed out to face his Norwegian opponent only to halt the match even further when he had to tell the umpire he had nothing to hit the balls with.

“I don’t have any rackets. I’m sorry,” an apologetic Humbert told the umpire before tossing the ball.

Humbert and Ruud had to wait a few minutes before someone charged onto the field with three rackets, sparking cheers and applause from the Wimbledon crowd and a sheepish smile from the Frenchman.

Perhaps it was because of his shyness or the non-ideal preparation, but Humbert lost the first set before roaring to upset Ruud — the second of this year’s French Open — in four sets.

Humbert broke Ruud’s serve six times and hit 53 winners as he advanced to the third round.

The 3-6 6-2 7-5 6-4 win for Humbert provides one of the biggest shocks of the men’s draw to date, with Ruud, the third seed, the highest-ranked player to be eliminated.

Humbert, who ranks 112th in the world, has had success on grass before. The 24-year-old was in the top 25 in the world last year after winning the Halle Open in Germany in 2021.

After the victory over Ruud, which lasted two hours and 36 minutes, Humbert said the surface suits his playing style.

“I like to play on grass. I’ve played a lot of good games,” said Humbert. “It’s a big win. He played very well in recent years, so I’m very happy.”

Humbert will face Belgian David Goffin in the third round.