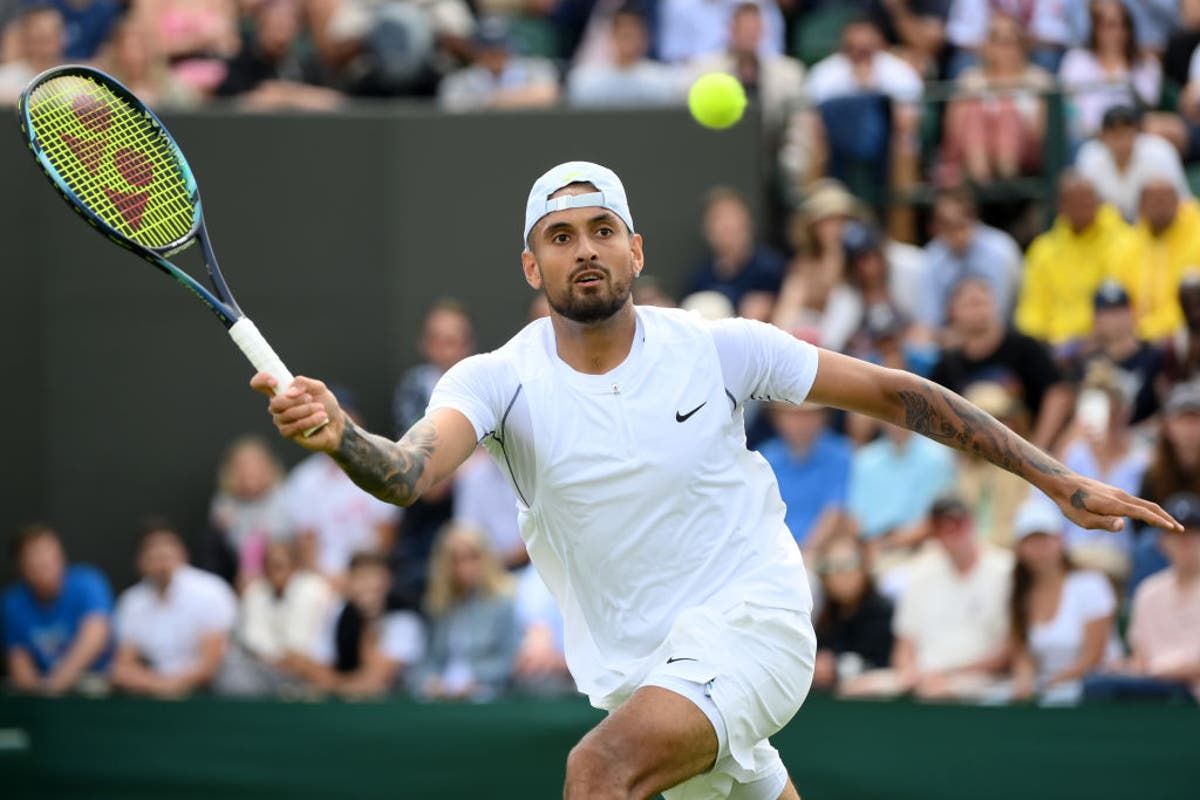 Day four of Wimbledon sees the return of Rafael Nadal and Iga Swiatek after crushing losses to both home favorites on Wednesday when Andy Murray and Emma Raducanu were sent off in the second round at Center Court.

Nadal is hoping to bolster his bid for a third crown at the All England Club, following a tough first round win over Francisco Cerundolo, with Novak Djokovic already on top form against Thanasi Kokkinakis in the second round. It’s Ričardas Berankis on Center Court for the Spaniard today. While Swiatek is looking for a breakthrough on grass in the Grand Slams, he only added a second French Open title this month. The dominant Pole takes on Dutch player Lesley Pattinama Kerkhove on Court One in the second round after dominating Jana Fett last time.

As British interest wanes, Katie Boulter looks set to extend her hot streak, but she faces a tough task against sixth-seeded Karolina Pliskova first on Center Court. While Coco Gauff’s star shines on SW19 and the American teen hopes to negotiate her second round match against Mihaela Buzărnescu. Day four also sees contender Stefano Tsitsipas take on the Aussie Jordan Thompson, while more British interest comes late on Court One as Jack Draper takes on another Australian and 19th seed Alex De Minaur. Interest in doubles is on the rise here too, with Nick Kyrgios and Kokkinakis resuming their Special K partnership after Australian Open glory, taking on Aljaz Bedene and Kwon Soon-Woo, another Djokovic opponent this year. Follow all the action live from day two, including the latest results, reactions and analysis from the All England Club

No hanging around for Badosa as the Spanish number four caps off an emphatic second round victory over Bara 6-3 6-2.

Then it’s the return of Nick Kyrgios. He follows Badosa on Court No 2 as the fiery Australian takes on Filip Krajinovic.

This is an impressive performance from Kvitova, who moves through the gears and now leads Bogdan 5-1 in the second set. Bodasa also broke Bara on Court 2, leading 4-2 in the second.

With tickets in high demand on the show courts, fans are especially disheartened with seats that are even empty for Andy Murray vs John Isner and Emma Raducanu vs Caroline Garcia.

Complaints have been made to the All England Club, with BBC presenter Sue Barker acknowledging the issue of “many empty seats” before Raducanu’s second-round match started.

Most of the empty seats are around the Royal Box, which is usually reserved for business guests and members of the Lawn Tennis Association (LTA) and the All England Lawn Tennis Club.

There is an early British hopeful in action at Court No 12, but Alastair Gray finds himself a set to No 11 seed Taylor Fritz. Eastbourne champion Fritz takes the opening set 6-3.

Heather Watson will also be looking to wrap up her interrupted match from yesterday. She leads Wang Qiang 7-5 5-4 after serving before the game last night.

Sarah Beth Gray focuses on a Wimbledon singles debut next year after recovering from heart surgery to take her place in doubles.

Gray and Yuriko Miyazaki were well beaten in the first round on Wednesday night by fifth seed Ena Shibahara and Asia Muhammad, but it was a win for Gray to just get out on the track.

Earlier this year, a routine checkup organized by the Lawn Tennis Association revealed an irregular heartbeat and started a series of events that ended in late February with Gray on a surgeon’s table.

She told the PA news agency: “It was a big shock. I had a routine checkup and they found there was a problem with my heart’s rhythm. They didn’t really know what it was at first, it was just ‘we need to look into this further and do more checks’.

“I didn’t think too much about it at the time, but it all deteriorated pretty quickly and it was all pretty scary and overwhelming and I wasn’t sure I would be safe to compete again. But I was in good hands the whole time and luckily they managed to solve the problem. It was a very routine procedure that they did. It took some time to get over the shock mentally and physically, but now I’m back and I’m very happy and looking forward to the years to come.”

Looking back, Gray realizes there were signs of the problem, but she wouldn’t have sought help if it hadn’t been for the check.

“I thought maybe it was low blood sugar or something, if you’re feeling a little shaky, if you might not have fueled well enough,” she said. “They explained to me that those symptoms came from the heart.”

The 26-year-old from Liverpool is all too aware of what can happen if such issues are not addressed.

“With the irregularity, if the heart goes too fast with the strain I put my heart under, it can be dangerous,” she said. “There have been footballers who may not have had those checks and who went through an unfortunate circumstance when they were on the pitch. It’s absolutely amazing that the LTA had that in place. Hopefully many more players will be checked in the future. “

Gray returned to tournaments in May, but admitted the mental recovery was just as difficult as the physical.

“Luckily everything was in Liverpool so I stayed with my family and it was great to have the support,” she said. “I have a very big family, I’m one of seven, so they were all around me and gave me a lot of support.

“I think it was as much of a shock to them as it was to me because I’m the athlete of the family, the really fit one who kicks everyone in the butt to tell them to get in shape. free time I was pretty deconditioned, so it felt harder and I thought, ‘Is this safe?’ I checked in with the doctors and they reassured me that everything was safe and good to go, I just had to rely on that.”

Gray, who is on her career-high ranking of 292, has to undergo checkups every six months, but can look forward to the rest of her career with confidence.

It could have been a very different outcome, with Gray saying: “There are a lot of athletes going down this path who are not safe to go back to competition and that was a potential that could happen to me. That was hard to get my head around because while sport isn’t forever, you want to call the time your own way. That that might be something that was taken from me was very difficult at the time.

“I’m just very, very grateful and grateful that everything went the way it did and I can continue to do my best to move forward, look forward and take strength from that situation. I am already thinking ahead to next year. I really want to try and work my way up the rankings to try to be in the main draw next year.”