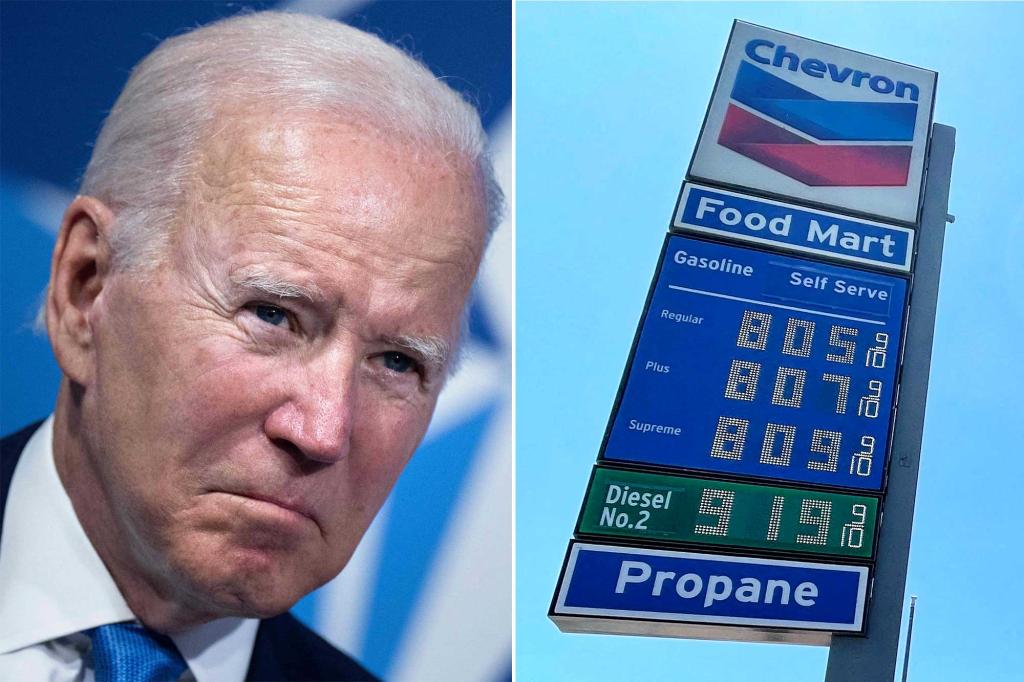 If you fill up your car or truck on July 4, you might be tempted to blame President Joe Biden for the high gas prices.

You shouldn’t, say some experts. It is the fault of Russian President Vladimir Putin, they say. The US had to stop Russian oil imports to punish Putin for invading Ukraine.

Meanwhile, Biden himself has blamed the US energy industry.

“At a time of war,” Biden wrote in an open letter to the industry on June 15, “high refinery profit margins passed directly to American families are not acceptable… companies must take immediate action to limit the supply of gasoline, diesel, and other refined product.”

But US refineries are already running at 94 percent of capacity, while US refineries in the Gulf of Mexico are running at 98 percent, the highest rate in 30 years. If you run higher capacity refineries, you risk damaging the equipment. As such, Biden is not only wrong, he has offended some of the hardest working people who work in one of the most dangerous industries in America.

If Biden wants more US fuel, then he should allow the construction of new refineries, right?

But on May 12, Biden’s Department of the Interior blocked a proposal to open more than a million acres of Alaskan land to oil and gas drilling. Two days later, Biden’s Environmental Protection Agency blocked plans to expand an oil refinery in the US Virgin Islands.

Biden and his supporters said he should block the refinery’s expansion in the Virgin Islands, given its polluting effect.

But if Biden’s EPA had allowed the refinery on Virgin Island to expand, the owners would have spent nearly $3 billion adapting the plant so that it produced gasoline and other products cleaner, while significantly increasing production. was increased.

In addition, anyone who cares about air pollution and climate change should want to: Lake oil and gas drilling, no less. Emissions in the US fell by 22% between 2005 and 2020, mainly because cheap natural gas has replaced coal.

In reality, there are many things Biden could have done, and still should do, to lower energy prices. He could appeal to the National Defense Act to accelerate the speed of oil and gas licensing. He could set a minimum of $80 a barrel for replenishing the Strategic Petroleum Reserve (SPR), which would be a powerful incentive for the industry as it would prevent prices from falling to unprofitable levels. Biden could announce trade deals with US allies to supply them with liquefied natural gas, leading to more natural gas production and lower prices.

If Biden were to put America on the warpath, as Russia’s aggression in Europe should be seen, we would see oil, gas and petroleum prices plummet in less than a year.

Why isn’t Biden doing it? Because he declared war on fossil fuels† “I guarantee you, we are going to end fossil fuels,” Biden promised a student climate activist in 2019. “I’m not going to work with them,” he said, referring to the oil and gas industry.

And indeed, he has not. When oil and gas executives visited the White House in June, Biden ignored them by refusing to attend the meeting. Instead, at the same time, he met executives in the wind industry. A few days earlier, officials of the Biden administration indicated they could support a major new oil tax proposed by an Oregon senator.

All this has soured the oil and gas industry when investing in production. “If you were an oil company,” a senior executive at a major US bank told me, why invest hundreds of millions of dollars in expanding refining capacity if you thought the federal government or investors would shut you down in the next few years? The government’s story is absolutely insane.”

And it just keeps getting crazier. At the G-7 meeting in Germany earlier this week, French President Emmanuel Macron heard Biden say he could not count on Saudi Arabia and the United Arab Emirates to produce much more oil. Implied in Macron’s comments was that the US must produce far more than Biden was willing to allow.

The problem is, Biden is in the grip of a pro-scarcity ideology that demands that humanity return to 100 percent reliance on renewable energy sources, as we did before the industrial revolution. But that’s a delusion. Solar panels and electric cars, which rely on lithium batteries, have indeed become cheaper in recent years, but that’s mainly because China uses forced Uyghur Muslim workers to produce those batteries. If those technologies were made in the US by workers who were paid a living wage, they would never be affordable.

On energy, as with so many other issues in recent years, you cannot believe the experts. They, too, are motivated by the pro-scarcity, romantic delusions that fuel Biden’s energy agenda.

And so, if you’re filling up your car or truck and feel tempted to blame President Biden for the high gas prices, go ahead. Because it’s really his fault.

Michael Shellenberger is a Time Magazine Hero of the Environment and bestselling author of “Apocalypse Never: Why Environmental Alarmism Hurts Us All.”