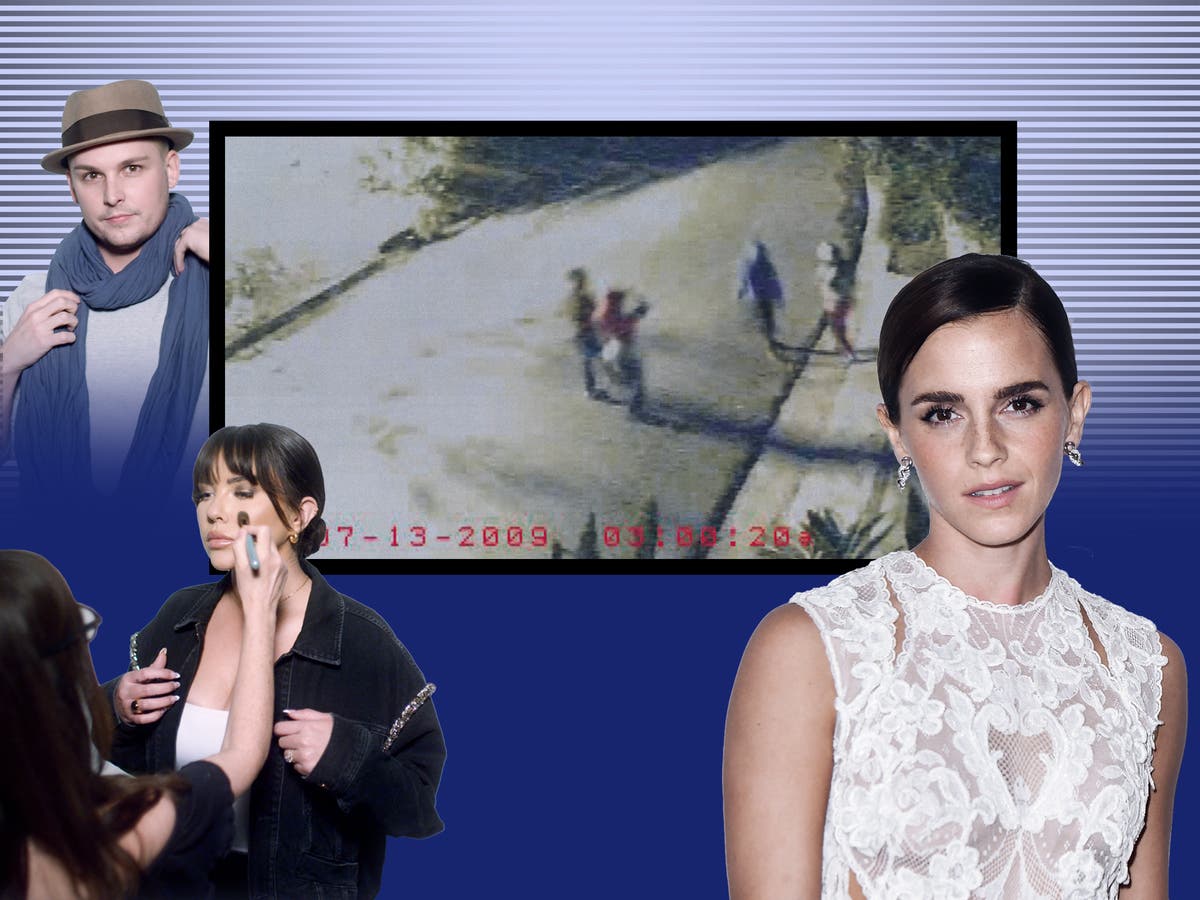 lIn the late 2000s, a series of robberies hit the rich and famous. Homes in and around Calabasas, California — the flashiest neighborhoods, home to Kim Kardashian, Kylie Jenner, Will Smith and many, many more — were looted. Paris Hilton, Audrina Patridge, Rachel Bilson, Orlando Bloom and Lindsay Lohan were all targeted in less than a year. When five suspects were arrested between September and October 2009, the media attention was fast and insatiable: the suspects were all between 18 and 19 years old. Some of them were high school classmates. All were teenagers.

Nick Prugo, Rachel Lee, Alexis Neiers, Diana Tamayo and Courtney Ames became known as the Bling Ring, a moniker full of all the flavors of a tabloid saga. As the case made its way through the legal system, it also became a pop culture quirk, often analyzed, deconstructed, and put back together. There was a Lifetime movie. There was an unforgettable Vanity Fair Nancy Jo Sales article entitled ‘The Suspects Wore Louboutins’. Perhaps the most notable was the 2013 Sofia Coppola film the bling ring, based on Sales’ article, which dramatized the group’s story and even featured Hilton herself.

A new three-part docuseries, Netflix’s The real bling ring, re-examines this mythology. For 13 years now, people have been watching the story with a hunger for yet another story of fame, wealth and those who would do anything to obtain them. The kids in the Bling Ring wanted to be famous, we’re told. They longed to become the celebrities whose designer dresses and money they stole.

It was a story that made sense. It wasn’t hard to believe the idea of ​​a group of teenagers so famous and so obsessed with looks that they became criminals. I had never heard of the Bling Ring until Coppola’s movie came out in 2013. For years afterwards, in my mind, their story was impossible to separate from Coppola’s skillful dramatization. The words “Bling Ring” immediately brought to mind Emma Watson – who played a character based on Neiers in the film – who mischievously told her friends, “I want to rob.”

But there is another story to be found in The real bling ring. Look past the styling effects of the documentary – such as the scripted voiceovers by Neiers and Prugo, the only members of the Bling Ring to participate in the series – and you’ll see a new story unfold. Another more banal, more believable and generally more humane than the ones we’ve heard so far.

This oral history of the Bling Ring, broken at times, is based primarily on the first-hand stories of Prugo and Neiers, whose memories sometimes clash spectacularly. Still, they both agree that it started on Prugo’s side after he met Lee. (Lee did not participate in the documentary and did not comment when The real bling ring contacted her, according to a disclaimer at the end of the program.) According to Prugo’s memory, it all started after Lee, on his way back from a party with Prugo, pulled on the door handle of a car, only to open the vehicle. The two stole from the car and “ended up with all these credit cards,” says Prugo on the show.

Supposedly high from the thrill of the stealing, Lee and Prugo kept going. Every time they left a party, they did “this thing we called checking cars,” says Prugo, meaning the two were looking for unlocked cars to rob. According to Prugo, Lee stole one of the cars one night after finding the key.

That’s how it started. Not with celebrities. Not with gossip websites. Not with Paris Hilton’s house. But then with two teenagers who rob their neighborhood cars. The Bling Ring story essentially started with petty theft and quickly escalated.

This is not to say that the Bling Ring saga is completely unrelated to materialism and status. “We felt like we were such a hot s***,” says Prugo in the series driving around in the stolen car. “It made me feel who I was. I felt like it was a reflection of me. It was a great feeling.”

It’s also impossible to ignore that the Bling Ring’s antics were shaped in part by the changing geometry of their teenage friendships. “I was not raised to steal. I had never stolen before,” says Prugo. “But I’d never had such a friendship with Rachel. It gave me that confidence and I didn’t want to give it up.” Later, when the group grows from two to four to rob Orlando Bloom’s house, it’s only because of the tensions between the members: As Prugo remembers, Lee Tamayo, which made him feel like he had been “traded” in” as a friend, so he brought Neiers with him.

Both Neiers’ and Prugo’s memories of Neiers’ involvement with the group vary widely. Prugo claims that Neiers asked to join; Neiers denies that, but says she was “open to the idea of ​​robbing a house to get money for drugs”. Neiers is steadfast in that characterization: She was addicted to opiates and benzodiazepines, and for her, the robbery of Bloom’s house had an entirely utilitarian purpose. Neiers claims she cannot fully remember the robbery, “because I was under the influence of opiates and benzos.” (Prugo insists she “wasn’t out”.) Neiers says she “didn’t know whose house it belonged to” the night the group robbed Bloom’s house; Prugo says she was “very well aware that she was outside Orlando Bloom’s house.”

As for Prugo’s motive, he presents the heists throughout the documentary as a way of befriending in material ways. He paid for drinks. He redistributed stolen designer clothes. (Neiers says she didn’t know where the clothes came from and was under the impression that Prugo was a stylist; Prugo claims otherwise.) “I never knew how to make real friendships and connections without showing off,” says Prugo . “I was trying to buy a friendship in a way.”

So why were the teens robbing celebrities when they could have targeted someone else? Again, as Prugo remembers, it was largely a matter of practicality. Through news and gossip websites, the group found out which celebrities were going out of town. They found their address online and studied the grounds of their properties, including online. “The personality that [Hilton] gave out on her reality show [The Simple Life] used to be [that of] a dumb blonde,’ says Prugo bluntly. “So we thought she would be more inclined to leave something unlocked.” The Bling Ring didn’t rob the celebrities they admired, at least not in the beginning. They robbed the ones they thought would leave the door open.

The documentary also aims to humanize those celebrities. A question that often comes up when discussing the Bling Ring is the wealth of its victims: do these ultra-rich people really care about missing possessions? Did they notice too? Will that really hurt them?

Materially, maybe not, at least on the surface, but there’s a form of victimization here: Audrina Patridge, once a star of The hills and the only one of the targets of the group that participated The real bling ringrecalls fearing for her life when she realized someone had broken into her house. When she watches the surveillance video of the robbery, she experiences a clear sense of transgression.

“It’s sickening to watch,” she says. “…They took sentimental things that were passed down from grandmothers and great-grandmothers.” The robbery, she says, left her “more guarded and not relying on anything or anyone.” Later, Christine Kee, a deputy district attorney in the Los Angeles County District Attorney’s Office, called home burglary a “very serious offense” because “you can never get that sense of security in your own home.”

Prugo, Neiers, Lee and Tamayo all argued for no contest in the case. Prugo was sentenced to two years in prison and eventually served one. According to The real bling ringHe runs an online business with his husband and has applied for a pardon from the governor and a certificate of rehabilitation. Neiers was sentenced to 180 days in prison (she ended up getting a month) and three years’ probation. She now works as an advocate for people with substance abuse, has been sober for 11 years and has two children. Lee was sentenced to four years in prison and served 16 months. According to US Weekly, she graduated from beauty school in 2018 as a hairstylist. Tamayo was sentenced to three years’ probation. Both she and Lee have largely avoided the public spotlight in recent years.

If there’s a timeless story to be found in the Bling Ring, it’s less about teens’ alleged obsession with fame and more about the changing shape of celebrities. The late 2000s marked a time when reality TV, shows like MTV’s cribsand websites like TMZ and Perez Hilton’s blog (all referenced in The real bling ring) collided to create an unprecedented sense of intimacy and immediacy between stars and their audiences. The lines seemed to blur between celebrities and the rest of us.

The Bling Ring happened right at the start of the social media boom. By taking control of their own platforms, celebrities found ways to cultivate an impression of intimacy between themselves and the public, often on their own terms. But there is a misconception in this impression of closeness: of course, celebrities have remained distant and their lifestyles out of reach. That’s always been the whole point.