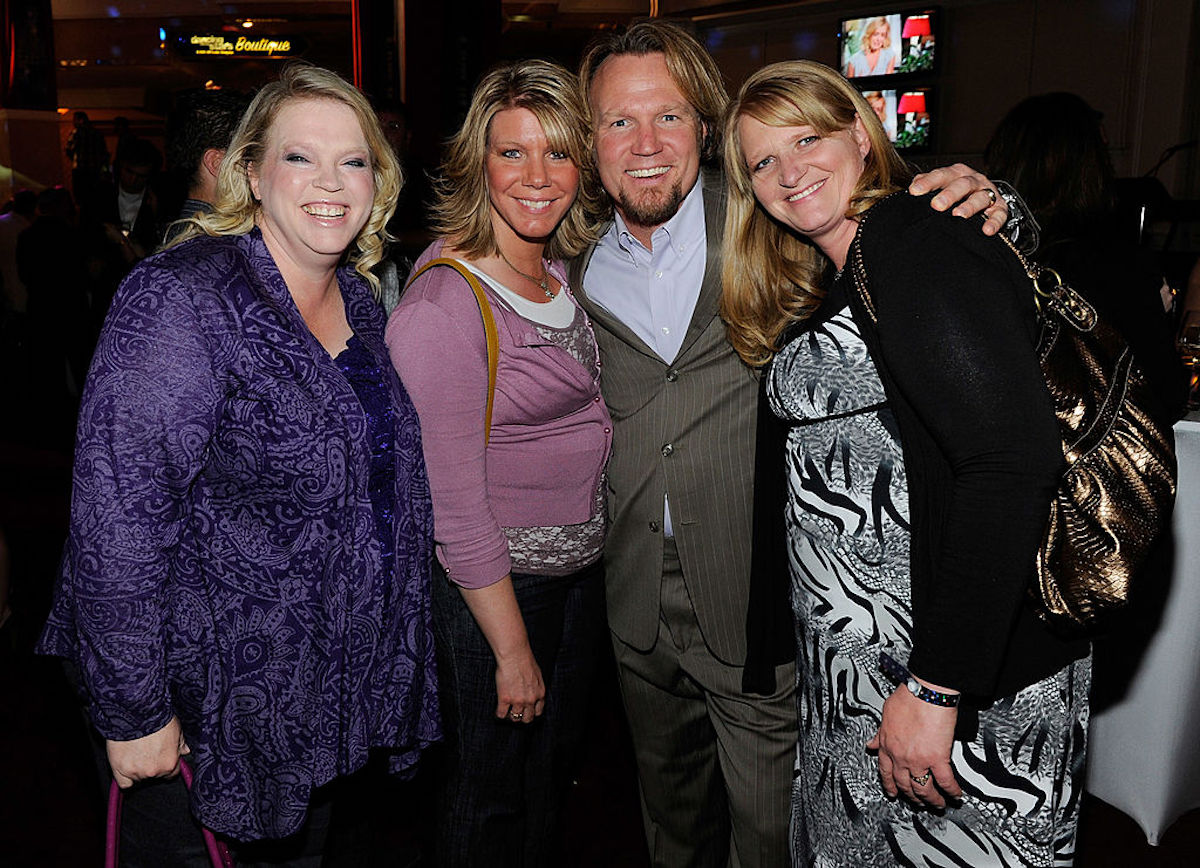 sister women fans have speculated that Meri Brown may have separated from husband, Kody.

The TLC show, which began in 2010, follows the lives of Kody and his wives Meri, Robyn and Janelle in their plural marriage.

Another woman, Christine, 50, was also in the marriage but has confirmed that her relationship with Kody is over.

Meri, 51, and Kody, 53, who married in 1990, have been open about how their relationship has changed in recent years.

Three years after Meri and Kody got married, Janelle, 53, entered the couple’s plural marriage, followed by Christine in 1994. Robyn then joined in 2010.

While Meri and Kody have remained “spiritually married,” they are no longer legally married to each other. Kody divorced Meri so he could legally marry Robyn in 2014 and adopt her children from a previous relationship.

Shown in footage during season 16 of sister women, which aired in early 2022, Meri told cameras that she and Kody “celebrated our non-anniversary because we’re not a couple, but we’re in a family.”

In the episode, Meri asked Kody, “So, what are we? And what are we celebrating? It’s just a funny situation, that’s all.”

‘That’s true. Is it funny, or is it just weird and awkward?’ said Kody.

Then, during season 16 sister women At the reunion, host Sukanya Krishnan asked Meri, 51, why she stayed in her marriage to Kody, despite the couple admitting that there has been no intimacy between them for over a decade.

“This is my family, like I don’t understand people who think, ‘Well, why don’t you just leave because you don’t have this relationship with Kody?’ Because I don’t want to,” Meri said. “I don’t think it makes sense for people to ask me that all the time.”

Since the season 16 reunion, rumors of Meri and Kody have continued and on Sunday, Meri posted a photo of herself on her Instagram page, where she has 748,000 followers, which got fans talking.

Meri posted a photo of herself wearing a leather-bound book with the caption, “There’s so much more to the story….#Done.”, leading fans to speculate that she’s referring to her marriage.

Many people wondered if the caption is a sign that Meri has left Kody.

One fan wrote: “Like finding a new husband who really loves and respects you?!?!”

Another wrote: “Pleeeaaassseeee tell us you left Kody!!!!” and a third asked, “Have you left Cody?”

Meri didn’t respond to the comments, but she did follow up on another photo and captioned it: “Look….#Done.”

sister women is set to return to TLC for Season 17 on Sunday at 9 p.m. ET.

Christine is coming back to the show, despite the November revelation that her marriage to Kody is over.

After 25 years with her husband, Christine said they would be getting a divorce in November 2021.

Christine posted a statement on her Instagram page, writing: “After more than 25 years together, Kody and I have grown apart and have made the difficult decision to leave.

“We will continue to be a strong presence in each other’s lives as we raise our beautiful children and support our wonderful family. At this time, we ask for your grace and kindness as we navigate this phase within our family.”

Season 17 of sister women is set to follow the fallout from Christine and Kody’s split, with footage in the trailer showing Kody’s other wives reacting to the news.