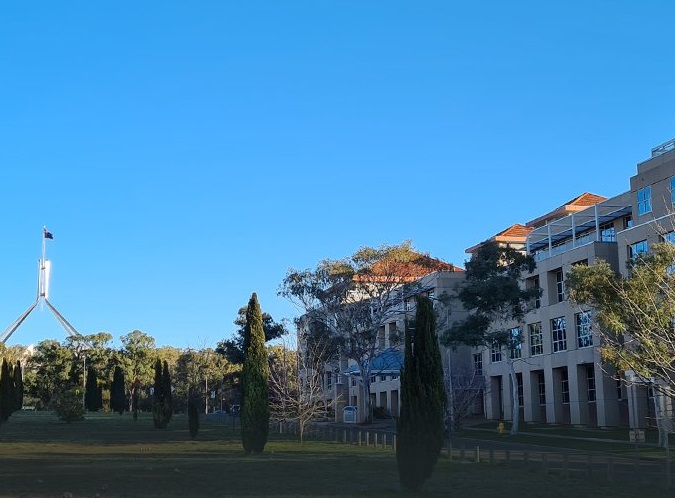 Australia, through its diverse communities, vast geography and entrepreneurial spirit, maintains deep, but often misunderstood, regional connections beyond its borders.

If we are to build on these connections, the Australian Department of Foreign Affairs and Trade dealing with Pacific issues must leave Canberra.

This may seem nonsensical. Of course DFAT is from Canberra! Not only does it have domestic offices in the capital of every state and territory, DFAT has offices around the world and represents Australia from 120 diplomatic posts around the world.

What is needed is DFAT, specifically the Office of the Pacific, in northern Australia.

It sounds crazy at first: why should we focus our international diplomatic efforts on our own country? But the answer is quite simple. The northern regions of Australia are the gateway to the Indo-Pacific. Deep links between history, migration, trade, language and culture already exist between Northern Australia and our closest Pacific neighbors. Ministers flying from their offices in major cities in southern Australia directly to the capitals of island nation states in the Pacific are missing the people-to-people connections that have been maintained for generations.

Australia’s diplomatic engagement with the Pacific has reached new heights as Prime Minister Anthony Albanese’s government has fueled a trending pivot that has reverberated across the United States and beyond. Foreign Secretary Penny Wong’s visits to the region have helped to restore relations that had been prioritized in rhetoric by the former government but neglected in practice at higher levels of government.

In 2019, DFAT established the Office of the Pacific “to support Australia’s deeper engagement with the Pacific, improve coordination across government and drive the implementation of our regional activities, in line with the countries’ priorities.” in the Pacific Ocean’.

To properly fulfill this mission, the Office of the Pacific would need to locate in Northern Australia.

Pacific diasporas in northern Australia are well established and preserved and share language, knowledge and culture. There is a large, active Portuguese Timorese community in Darwin and strong connections between Papua New Guinea and the Solomon Islands in Cairns and Townsville. Existing and potential trade links, particularly between Far North Queensland and the Pacific Islands, testify to the multidimensional nature of the relationship between Northern Australia and our wider region. However, no mention of trade between these areas can ignore the history of the blackbird, which rightly casts a shadow over the relationship.

The established trade and investment links between Far North Queensland, particularly Cairns, and the Pacific are complemented by local business and financial links. The significant remittances from overseas workers make up a significant proportion of GDP for Pacific countries, reaching 39% in the case of Tonga in 2020. Academic Tess Newton-Cain writes about the future of the strengthening of the Pacific by the government. the Australian states, Queensland is best placed to lead the way in expanding and deepening ties with islands in the Pacific.’

These areas have matured direct relationships that do not fit neatly at the federal or state government level, but must be recognized and valued as a less formal, but often more persistent, accessible and sincere form of diplomacy and international relations.

Take, for example, the Townsville Peace Agreement signed in November 2000 between the Malaita Eagle Force, the Isatabu Freedom Movement, the provincial governments of Malaita and Guadalcanal, and the Solomons National Government, which successfully eased tensions after a coup d’état in June of that year. year . North Queensland’s role in this important diplomatic event should not be underestimated; it is still an active topic in Solomon Islands domestic politics and a symbol of Northern Australia’s consistent position in the region.

There is also an opportunity here for DFAT and the Office of the Pacific to demonstrate their genuine commitment to the Department’s indigenous diplomacy agenda. The highest concentrations of First Nations people in Australia are in the Northern Territory and throughout Northern Australia. The link between the Torres Strait Islands and Papua New Guinea has been historically, deep, rich and internationally recognized as a special relationship between indigenous peoples, beyond contemporary concepts of statehood. DFAT’s engagement with Australia’s diverse communities is just as important as its engagement with diverse international communities. This is true not only because DFAT should have an understanding of the Australians it represents, but also because much of what DFAT wants to achieve is already happening in places it may not have thought it would look like.

As the government’s strategic defense review progresses and we seek greater clarity about our place in the region, we are reminded that, however globalized and technically possible, geography and physical space matter. The north has for too long been considered the fringe of Australia by policymakers in Canberra; it is time for it to be seen as the door to the region and the world instead.