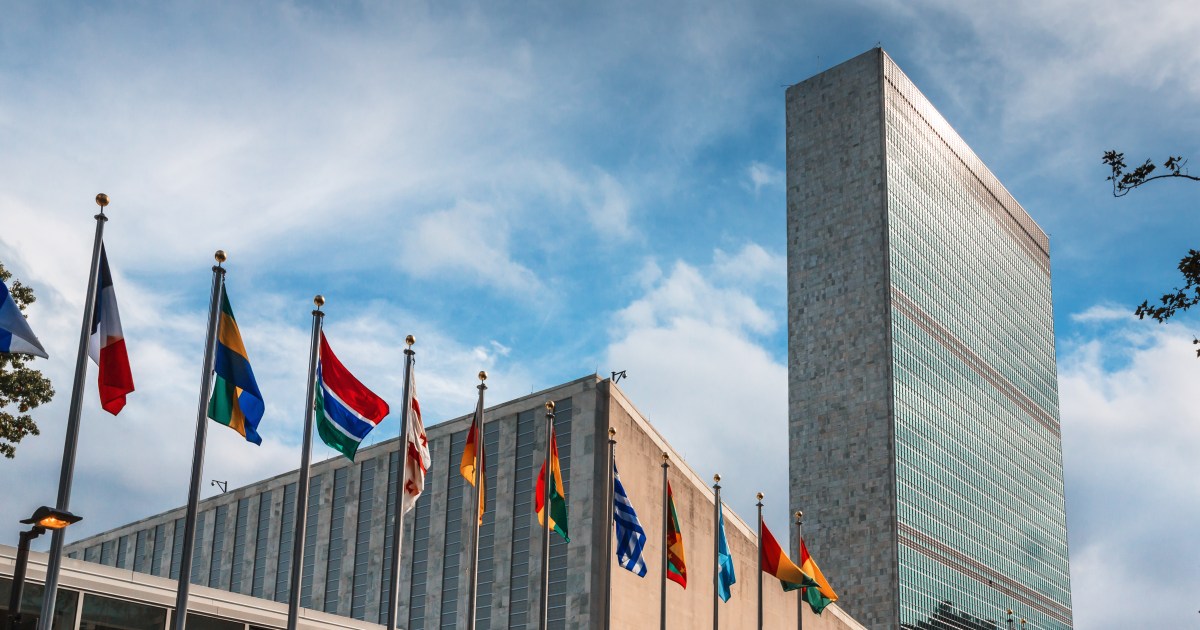 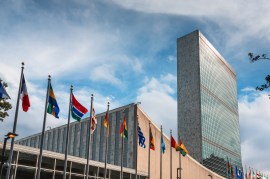 Amid a myriad of challenges, the three main priorities of the United Nations General Assembly this year will be Russia’s war on Ukraine, climate change and food shortages. Bruce Jones explains the secondary diplomacy in New York, and the growing tension between Western countries’ focus on geopolitics and the South’s need for progress on climate change.

Listen to Brookings podcasts here, on Apple or Google podcasts or on Spotify, send feedback by email to [email protected]

Thanks to sound engineer Gaston Reboredo.

PITA: Secretary-General António Guterres opened the United Nations General Assembly this week, calling for solidarity and cooperation to face a world in danger. The leaders of the UN member states will meet in person in New York next week for the first time in two years.

Joining us here to talk about the priorities for this year’s General Assembly, and what to expect in the coming week, is Bruce Jones, a senior fellow and director of the Project on International Order and Strategy, at work. Bruce, thank you for talking to us today,

JONES: Thanks for having me.

PITA: So while the pandemic may be fading, the world has no shortage of emergencies. Obviously the increasing effects of climate change. We have seen terrible floods in Pakistan this summer and the relentless heat in Europe, the subsequent humanitarian disasters there; also in Afghanistan after the collapse of their economy. There is a civil war in Ethiopia and of course the Russian invasion of Ukraine. With all that to choose from, and more, what are some of the key priorities for the UN General Assembly this year?

JONES: Well, I think there will be three topics that dominate the conversation, and you touched on them. First will be Ukraine. It clearly dominates the world news. It is keeping a close eye on every leader in the West, as well as in Asia and around the world, as people worry about the longer-term ramifications of the conflict. And the Western powers, the United States and Europeans in particular, will use the General Assembly to continue efforts to isolate Russia diplomatically, or to make Russia pay some sort of diplomatic price for invading Ukraine, and that will be an important feature.

The second theme is climate change, and in particular countries from the South, which are on the front lines of the impacts of a changing climate but have contributed the least to the problem of climate change, will continue to advocate for the West should be the lion’s share of bear the costs of adapting to a changing climate. That is a position that the West has opposed for years. There is growing anger and tension about it in the South, and the enormous cost of the floods in Pakistan will be a kind of cause celèbre in their case, the magnitude of the cost, the consequence.

And the third, connecting the two, will be food, because what we’re going to be looking at over the next year are major weather events, the floods in Pakistan and the war in Ukraine, all of which are putting serious pressure on global food supplies. , in particular cereals and grains and the like. And there are a number of countries that are already reeling from the massive price hikes in food. That’s going to get significantly worse next year, and there’s a lot of concern about that. Other things: overhang, Iran, et cetera, will also be there. But I think those three Ukraine climate and food will be the themes that dominate the conversation.

PITA: You talked about many of the West’s priorities of trying to diplomatically isolate Russia or somehow make them pay a price for their role in the war. Russia is of course one of the five permanent members of the Security Council, so they have a lot of power at the UN. What impact has the war and their role had on the functioning of the UN throughout the year? What impact do you think that will have on the General Assembly itself?

JONES: In recent years we have seen how Russia, much encouraged by its relationship with China, has been much more assertive in UN circles, in formulating the mandate for peacekeeping operations, in designing mediation missions. , pushing his own interests, pushing his agenda. Of course all powers do, but Russia’s interests are somewhat at odds with ours. And so we’ve seen a lot more tension between the major powers at the UN in recent years.

So this has become a source of discussion. The UN is now a kind of battleground for great powers, more than a source of cooperation between the great powers and the great powers. I think we will see that continue. It doesn’t really condone much of the work, but it does put a limit on how far the UN can go, especially on issues like peacekeeping.

PITA: Also along that line, Ukrainian President Zelensky has asked to submit a recorded video speech that echoes the comments made by the rest of world leaders at the UN General Assembly next week. What’s the importance of that? It is clear that Russia opposes this. What is the significance of commentary from a warfield leader, by doing so via video, rather than being able to come in person?

JONES: The UN is very conservative on these issues. It took years and years and years for even the Security Council to agree to video briefings, and that rarely happens. There is a logic in resisting it. If everyone could brief by video, no one would show up. And basically having everyone in one place is kind of a major problematic function of the General Assembly, so it’s understandable that there’s some inconvenience doing it. There are many countries that have experienced war. Their own leaders have not been given that opportunity, so there is some resistance to it. Let’s see if it happens.

Its strength will be that Zelensky is an extremely skilled communicator, and if he can actually address the assembled world leaders through that mechanism, I think it will help his cause, and it will help the West and their efforts to support Ukraine, and that is why Russia is vehemently against this happening.

JONES: A big part of what’s happening in what they called the side events, before, during and after, is a real focus on the implementation of the Sustainable Development Goals. The seventeen goals on economic development and climate change were adopted a few years ago and remain the star in the field of international cooperation and the economic, social and climate space. Progress in implementing the SDGs is lagging somewhat, unsurprisingly in the current circumstances. It’s a forum where you can also talk about the effects of the COVID crisis that are ongoing, the economic effects that can be deep, the social effects that have been substantial. So that will be everywhere, and those issues will be in the leaders’ comments as well.

But the point that leaders are all in the same place is twofold. First, you get the temperature of world opinion with every major international leader when giving a speech, or most of them, anyway, giving a speech, and you can get a feel for which topics are paramount internationally. But more importantly, it gives them all a chance for bilateral contacts. The president of the United States will have dozens of bilateral contacts while he’s up there, or at least he and his secretary of state. World leaders use it as an opportunity to meet people they would not otherwise meet. And most importantly, it’s a location where leaders who would face political opposition from meeting at a summit or traveling to another country’s capital could quietly meet on the sidelines of the UN without much fanfare and attention. And so it’s always important to look at what kind of bilateral meetings that take place in that space, these kinds of quiet meetings that wouldn’t have happened if you didn’t have this kind of forum.

PITA: And finally, what do you hope to see happen next week? For people watching, what are the main things you would like to see come out

JONES: In an ideal world. I would like to see a shift of position in two ways. I would like the West to take the issue of the cost of adapting to a changing climate, with food being the frontline effect but by far not the only effect, I would like the West to take that much more seriously than they have recently years have been. The West has taken a very de minimis approach in this, reluctantly agreeing to very minimal demand from the global South for additional funding for this, but essentially pushed it into the private sector, taking the South’s preoccupation with the enormous costs and consequences of the changing climate.

I’d like to see the West switch to that, and I’d like to see the South switch to Russia. I realize this comes at a cost, but I think it has been extremely well articulated by the Kenyan ambassador to the UN that invasion, clearing borders or attempting to challenge territorial integrity by force is a recipe for chaos . And of course this is not the only episode in modern history, but it is a particularly egregious episode of violating the core principles of the UN Charter. Everyone loses if we erode those principles, which is why I’d love to see the South stand up for those principles, just as I’d love to see the West stand in solidarity with the South on the issues that really affect them, namely climate change and food and economics. , not about geopolitics.

PITA: Good. And Bruce, thank you so much for talking to us today and explaining all this

JONES: Have fun, thanks for having me.