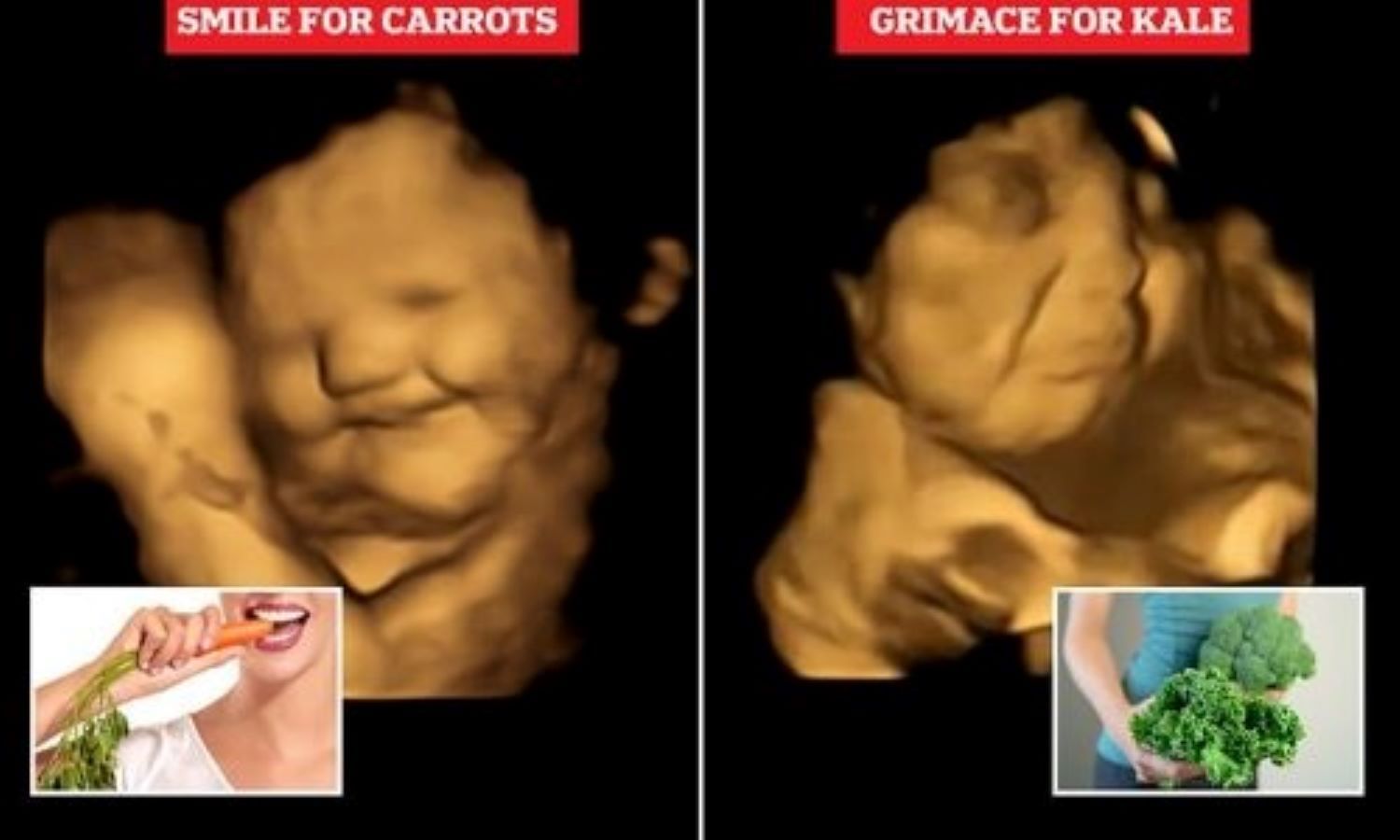 “Babies still in the womb are big fans of carrots, but leafy greens are not their favorite food, which is clearly visible on their faces,” scientists confirmed in a new study published Thursday.

Researchers from the University of Durham in the north-east of Britain reported that the results of the study, which they conducted, were the first direct evidence that children react differently to smells and multiple tastes before birth.

“A number of studies have shown that babies can taste and smell in the womb, but they are based on postnatal outcomes, while our study is the first to look at these responses before birth,” said Pisa Aston, lead researcher on the research team. .

“Therefore, we believe that this frequent exposure to flavors before birth could help determine food preferences after birth, which could be important for encouraging healthy eating and preventing grumbling at weaning,” Aston added. .

Humans recognize flavors through their senses of smell and taste, but when it comes to fetuses, they are believed to taste flavors by inhaling amniotic fluid and swallowing it in the womb.

The study, published in Psychological Science, involved a number of scientists from Durham’s Fetal and Neonatal Research Lab and Aston University in Birmingham, central Britain, as well as a group of scientists from the National Center for Scientific Research in Burgundy, France.

The researchers believe the findings could deepen understanding of the development of human taste and olfactory channels, as well as cognition and memory.

“Repeated exposure to flavors before birth can lead to a preference for those flavors experienced after birth, meaning that exposing the fetus to unwanted flavors, such as kale, leads to habituation to those flavors in the womb,” says Professor Jackie Plesset. at Aston University.

“The next step is to investigate whether fetuses show fewer ‘negative’ responses to these flavors over time, leading to greater acceptance of those flavors when babies first taste them outside the womb,” Plesset added. up.