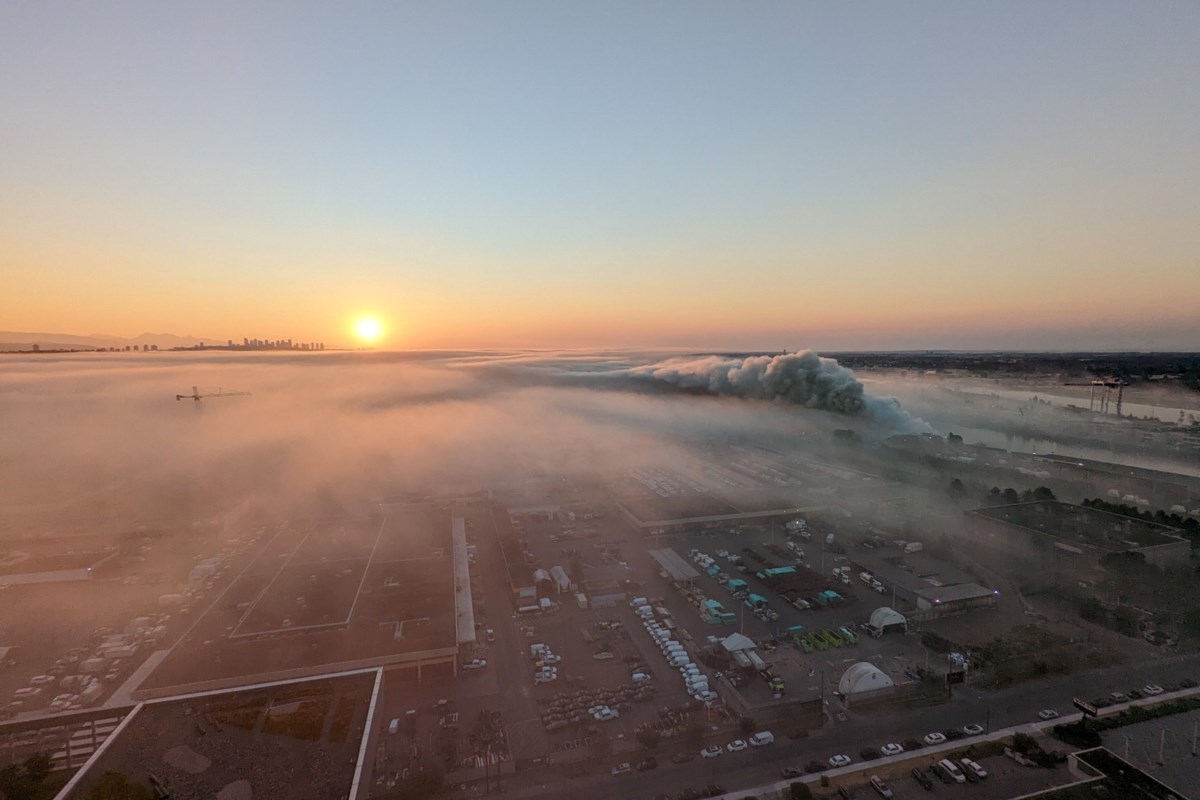 Clouds and a chance of rain will move into the coming week from Sunday.

What could have been the last day of the summer sun in Vancouver before clouds set in again became a smoke-filled sky due to nearby wildfires and an early morning fire.

The third fire alarm at a wood recycling facility along the Fraser River filled the air with hazy smoke that extended to New Westminster, Richmond and other parts of Metro Vancouver.

Despite the gray horizon, Environment Canada is calling for sunny weather and a maximum temperature of 24 degrees that will feel like 27 degrees due to the humidity. The forecast expects that in addition to increasing clouds, local smoke will also persist into the evening.

Temperatures are expected to drop to 21 and 22 degrees throughout the week and a mix of sun and cloud from Sunday (September 11). Tuesday (Sept. 13) and Friday (Sept. 16) will have a 30 percent chance of showers and Friday will also be the least warm day of the week with a maximum temperature of 19 degrees.