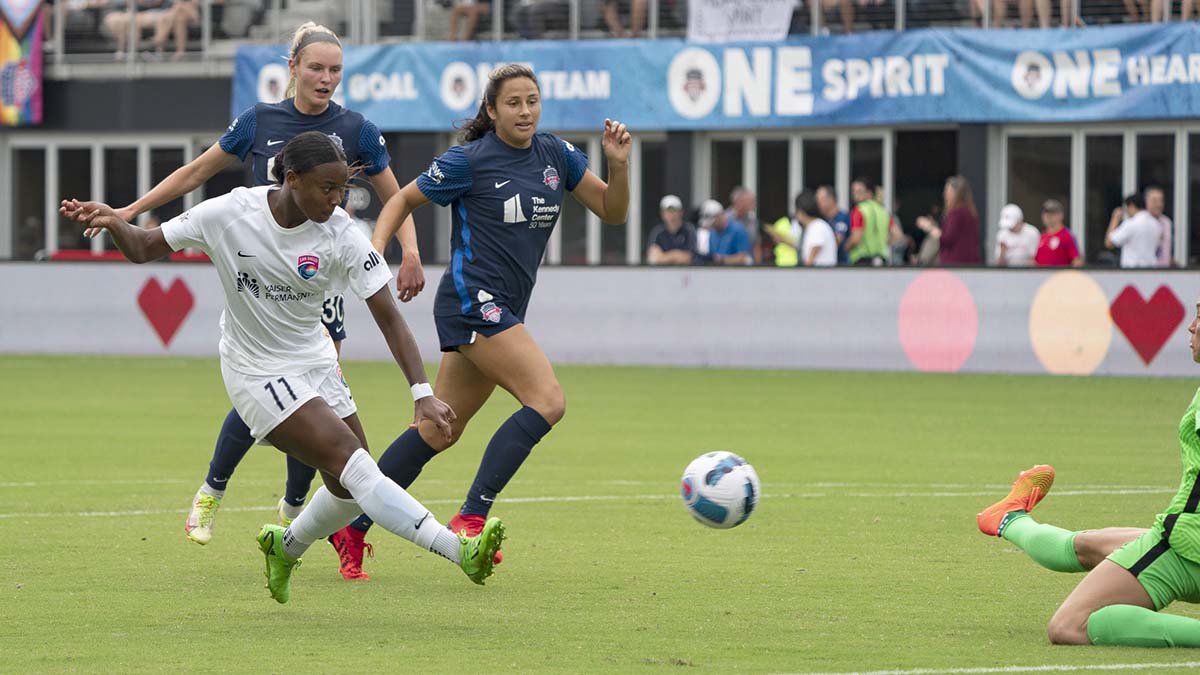 After scoring three goals in the first half, San Diego (9-6-4) battled for the equalizer, but eventually lost in the last minute of stoppage time to a Spirit penalty.

“I’m disappointed for the players because I think they fought a lot to get back into the game, and they showed tremendous spirit and character,” said Wave head coach Casey Stoney, “but it’s clear that our luck is on the end ran out with the fine.”

The Wave is tied for first place with the Portland Thorns on 31 points; however, the local club has lost three of its last five matches.

After a shot on target three minutes into the game, Jaedyn Shaw opened Saturday morning’s scoring in the seventh minute with a volley, assisted by Emily Van Egmond. This marks the 17-year-old’s second goal in her second professional appearance and starts for the Wave.

Washington (2-6-10) then bounced back with a three-goal response in the first half. Tara McKeown started scoring for the home side in the 11th minute on a bummer, followed by a brace from Amber Brooks.

In the 57th minute Alex Morgan signed a foul in the penalty area after being knocked down with a tumble by Brooks. Morgan then scored her fifth penalty and 14th overall goal of the regular season with a shot into the bottom right corner that slipped through the Spirit keeper.

This made it 3-2 and gave hope to San Diego, who are now one goal behind.

Morgan then scored a brace and tied the game 3-3 in the 83rd minute with a header from close range. Now with 15 goals in the regular competition, the leader of the Golden Shoe was assisted by Van Egmond, her second assist of the game.

In the last minute of stoppage time, the Spirit pulled a penalty that Ashley Hatch converted from the spot to make it 3-4.

Stoney said after the game: “We know they (Washington) are a team that is very dangerous in transition, and unfortunately we kept giving them transition moments in key areas, and it ended up costing us goals.”

San Diego now returns home to Snapdragon Stadium on Saturday, September 17, when they take on Angel City FC at 7 p.m.

After breaking the NWSL attendance record last month, San Diego Wave FC has now sold every seat in Snapdragon Stadium made available to the club based on the optimal setup for watching football.

Tickets are on sale for the September 30 game against North Carolina Courage.