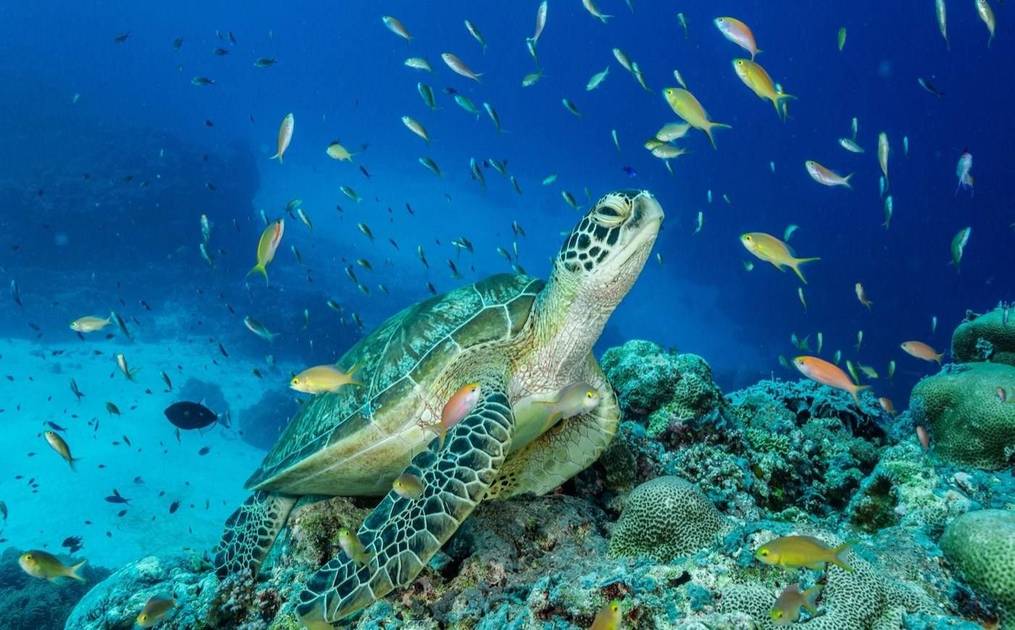 Scientists said the current elevated temperatures across Europe will be followed by a prolonged heatwave in Mediterranean waters, which could destroy ecosystems and kill numbers of marine animals and species in the coming weeks.
The intense heat of recent weeks has already led to forest fires and thousands of deaths in Europe, but the heat is not limited to the country.
Unusually warm air, along with shifts in ocean currents as the waters of the Mediterranean settle, have caused coastal waters to be several degrees Celsius higher than the average for this time of year, which ranges from 24 to 26 degrees Celsius.
The Spanish Meteorological Agency said the waters between the Spanish Balearic Islands and the Italian coast are up to 5 degrees Celsius warmer than around the same time last year, while also warning that temperatures around the Spanish coast will be 3 to 4 degrees Celsius higher until ” afternoon, at least August.
The Spanish port authority said in a statement that the water temperature in Cabo de Gata, in the southeastern corner of the country, is the highest in 10 years, reaching 28 degrees Celsius last week.
Marine heatwaves, which have been less researched and studied than land-based heatwaves, are becoming more common as a result of climate change, putting pressure on ecosystems already suffering from overfishing and plastic pollution.
Oceanologist Jean-Pierre Gattuso told Reuters that water temperatures off the French coastal city of Nice reached 29.2 degrees Celsius on Jan. 25, about 3.5 degrees Celsius higher than on the same day last year.
“This is a record since at least 1994, and it’s very likely (it was a record from an earlier period) before that,” he said.
“The ocean and the sea are like a sponge with regard to heat,” Gattuso said. Heat waves hit the Mediterranean from 2015 to 2019, leading to the massive death of marine life, according to a study conducted by the Spanish Institute of Marine Sciences this week.
But this year’s heat wave is even worse.
“It’s going on longer and more intensely,” Gattuso said. “It is possible that death will come later in August.”