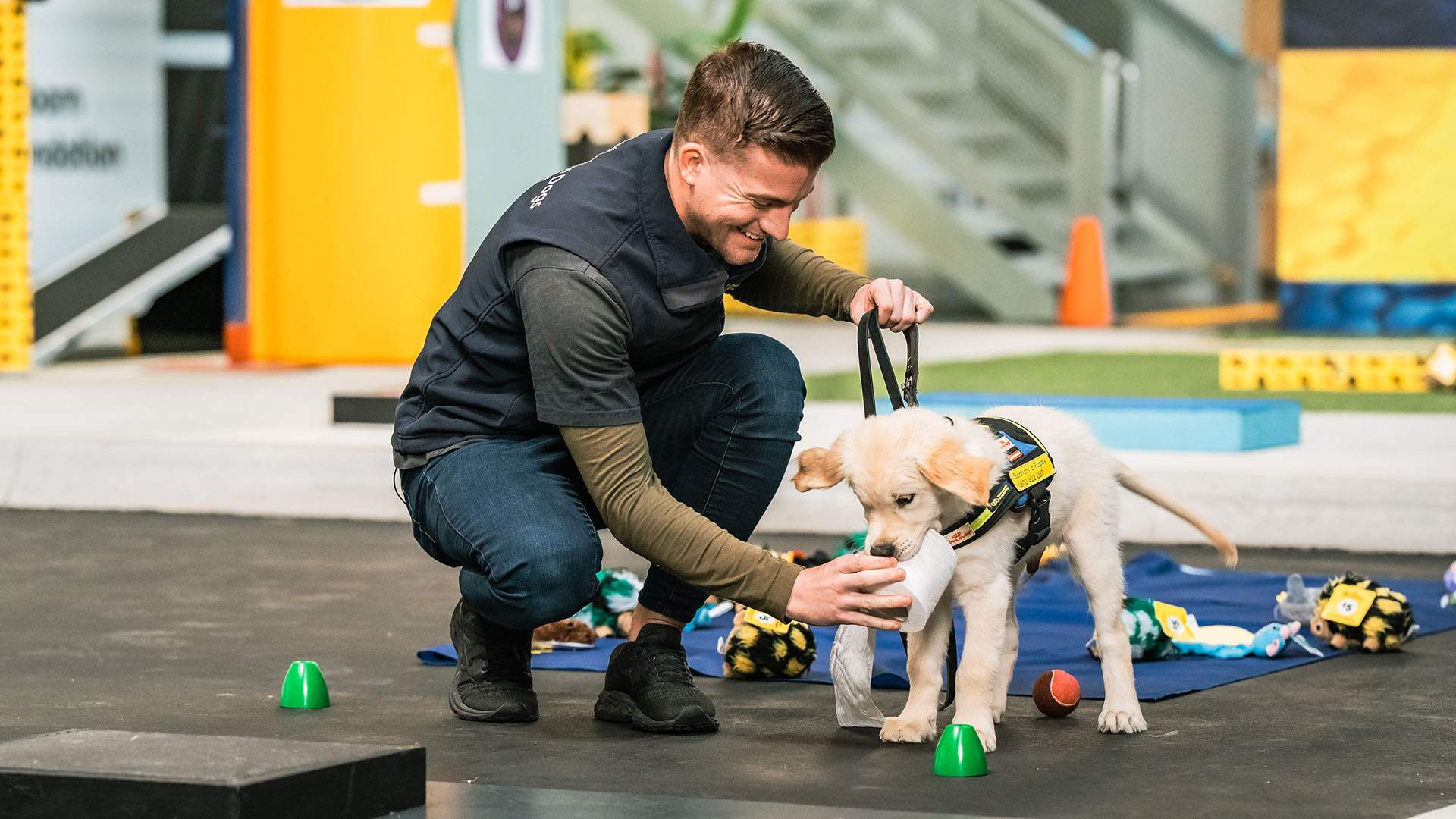 By the end of July, the 2022 Birmingham Commonwealth Games will begin, with the best athletes from the Commonwealth nations competing for shiny medals. That’s all well and good and interesting; however, we’ve found a much nicer display of sportsmanship popping up in July as well.

On Thursday, July 21 at 1 p.m., viewers can watch four adorable guide dogs-to-be taking part in their very own Puppy Games. Yes, that’s one thing and we’re definitely for it. If it sounds familiar, that’s because it’s been held for the past two years as well – but this is clearly the kind of cute event that should be held annually. Once again, the folks at Seeing Eye Dogs have teamed up with The Petbarn Foundation to host the dog-centric games — and this year with pet food brand Royal Canin. The results will be streamed to a device near you via the event website. Wherever you are in Australia, it sounds like a perfect lunch.

How do the Puppy Games work, you might ask? During the event, young guide dogs, Sandler, Tambo, Rani and Tom, will take on a series of skills testing challenges, with every move captured on camera. They are aided in their tasks by their trainers – Abi, Jack, Lina and Paige respectively.

You can watch the young puppies race through a time trial, take on a ‘puppy patience’ food bowl challenge and compete for glory in the ‘doghouse diversion course’. And they’re basically just puppies – Tambo and Tom are the youngest at 11 weeks old, while Rani is the competition’s comparative veteran at 15 weeks old. The project aims to support fundraising for the annual Seeing Eye Dogs Appeal, of course, but also promises a much-needed boost of dopamine and an overall happy feeling all around.

Viewers can donate to the charity by clicking the link on the event website. This year’s call goes to a $1 million goal to help cover the costs of breeding, training and caring for at least 20 guide dogs for the blind.

Can’t go to the viewing on Thursday? Fear not, the full event is on YouTube for you to rewatch whenever you need a mood boost.

The 2022 Vision Australia Seeing Eye Dogs Puppy Games will be streamed via the event’s website on Thursday 21st July from 1pm.