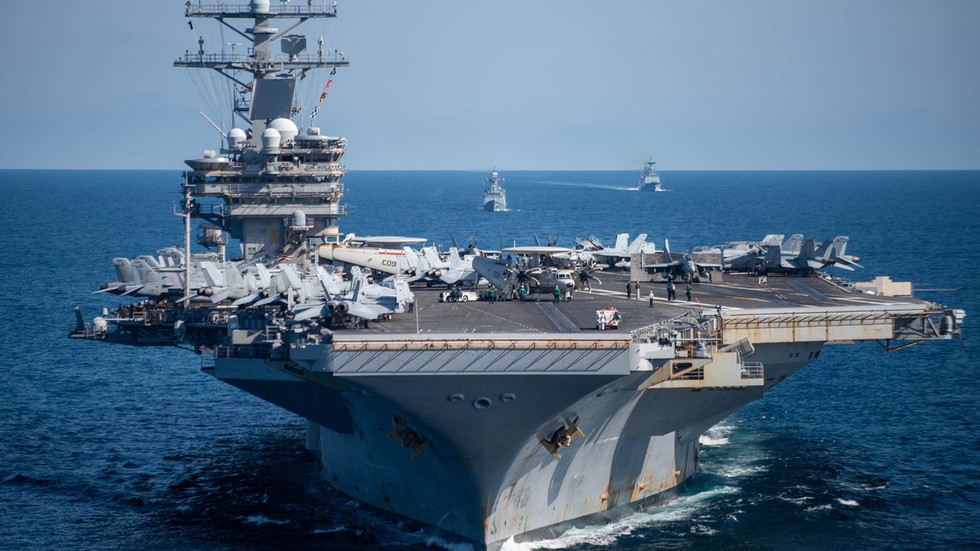 The US, Japan and South Korea will conduct a joint anti-submarine exercise with a nuclear-powered aircraft carrier in the Sea of ​​Japan for the first time since 2017, amid tensions over North Korea’s recent missile tests.

The maneuvers, which begin Friday, involve the US nuclear-powered aircraft carrier USS Ronald Regan, the South Korean destroyer Menmu the Great and a Japanese Asahi-class destroyer.

The USS Ronald Reagan and three other US warships arrived in South Korea last week, with the carrier docking in the port of Busan on Friday.

“The training is part of the Department of Defense’s moves to restore military cooperation between South Korea, the US and Japan to pre-2017 levels to respond to North Korea’s nuclear and missile threats, ” The South Korean Defense Ministry said on Thursday.

Seoul said North Korea launched two ballistic missiles into the Sea of ​​Japan on Wednesday. A similar launch was reported last week, following a pattern of increased weapons testing by Pyongyang since the beginning of the year.


The escalation came when US Vice President Kamala Harris met South Korean President Yoon Suk-yeol as part of her Asian tour. Harris praised the partnership between the countries as a “pivot of security and inclination” on the Korean peninsula and on the world stage.

The White House said Harris and Yoon discussed joint responses to: “potential future provocations, including through trilateral cooperation with Japan.”

Pyongyang has repeatedly said it views military exercises around the Korean peninsula involving the US as a threat to its security. Speaking at the UN General Assembly on Monday, North Korea’s envoy Kim Song claimed the region was imprisoned “a vicious circle of tension and confrontation as a result of growing US hostility.”

Kim added that the US-led exercises increase the risk of armed conflict in the region, calling international sanctions against Pyongyang unfair.