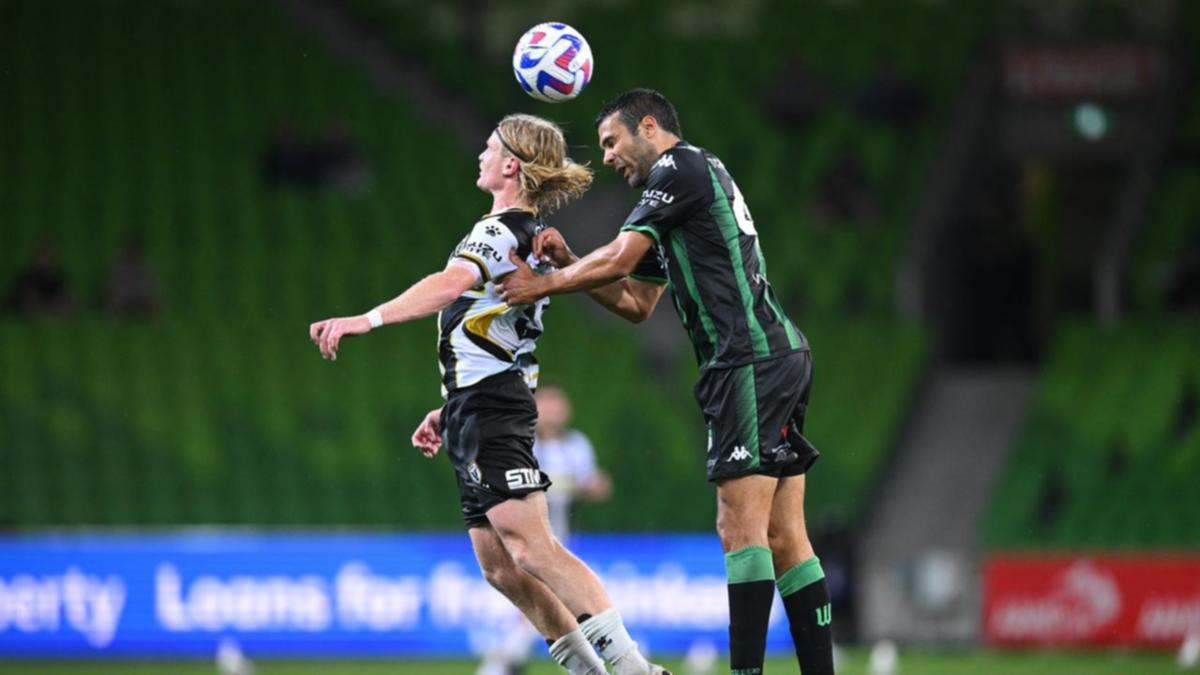 Western United forward Lachie Wales has saved a 1-1 draw against Macarthur FC to earn the reigning champions the first point of their A-League Men defence.

It looked like United regretted their inefficiency for the third time in a row, with Bulls defender Matthew Millar’s goal in the 24th minute splitting the teams for most of Friday night’s game.

But before a sparse crowd at AAMI Park, Wales equalized in the 69th minute.

Australia Cup champions Macarthur remain unbeaten after three ALM games under Dwight Yorke, but their night was doubly soured when they were forced to replace goalkeeper Filip Kurto in the 76th minute.

Wales started early, hitting a shot over the bar in the sixth minute and nearly teeing Connor Pain in the 16th and 17th minutes.

Craig Noone played a short corner with Arzani, then hit the ball to the nearest post, where Millar inexplicably escaped his marker to score with a beautiful header.

Arzani earned a rare space away from Risdon in the 55th minute and charged forward to force a good save from Jamie Young.

Four minutes later, Risdon had a good chance to equalize, but his shot went wide and it went wide.

United kept pressing and in the 63rd minute Kurto made a big reflex save to reject Dylan Wenzel-Halls.

Six minutes later, Risdon lifted the ball into the six-yard box and Wales slid in to poke at home.

The assistant referee initially ruled that Wales was offside, but that was ignored by VAR.

United co-captain Alessandro Diamanti came in the closing minutes of his first appearance since suffering a knee injury on February 20.