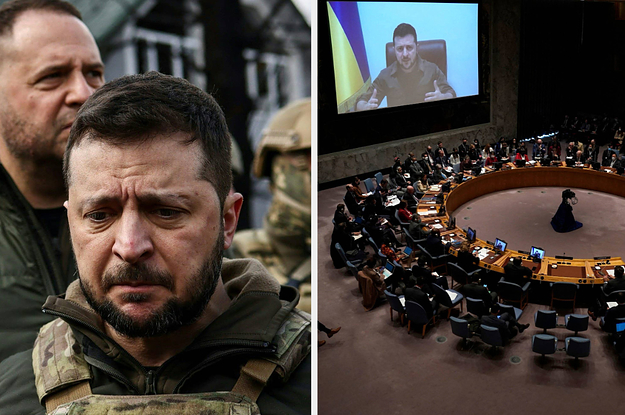 The Ukrainian leader used his UN speech not only to prosecute Russian fighters and officials for war crimes, but also to portray the Security Council as an essentially useless body that, thanks to its design, had failed for decades to bring peace around the world.

“Where is the security that the Security Council should guarantee?” he asked incredulously.

The veto power Russia enjoys as one of the five permanent members of the 15-member Security Council has enabled the country to continue its campaign of violence and mass death in Ukraine without fear of international intervention, Zelensky said.

He called for immediate reform of the Security Council to ensure fairer global representation and for the Russian veto to be lifted, or for the body to be dissolved completely.

“Are you ready to join the UN?” he said. “Do you think the time of international law is over? If your answer is no, you must act immediately.”

Zelensky offered to host a global conference in Kiev to determine how to reform the global security system to prevent future violence elsewhere in the world.

“We must do everything we can to pass on to the next generation an effective UN that can respond preemptively to security challenges,” he said.