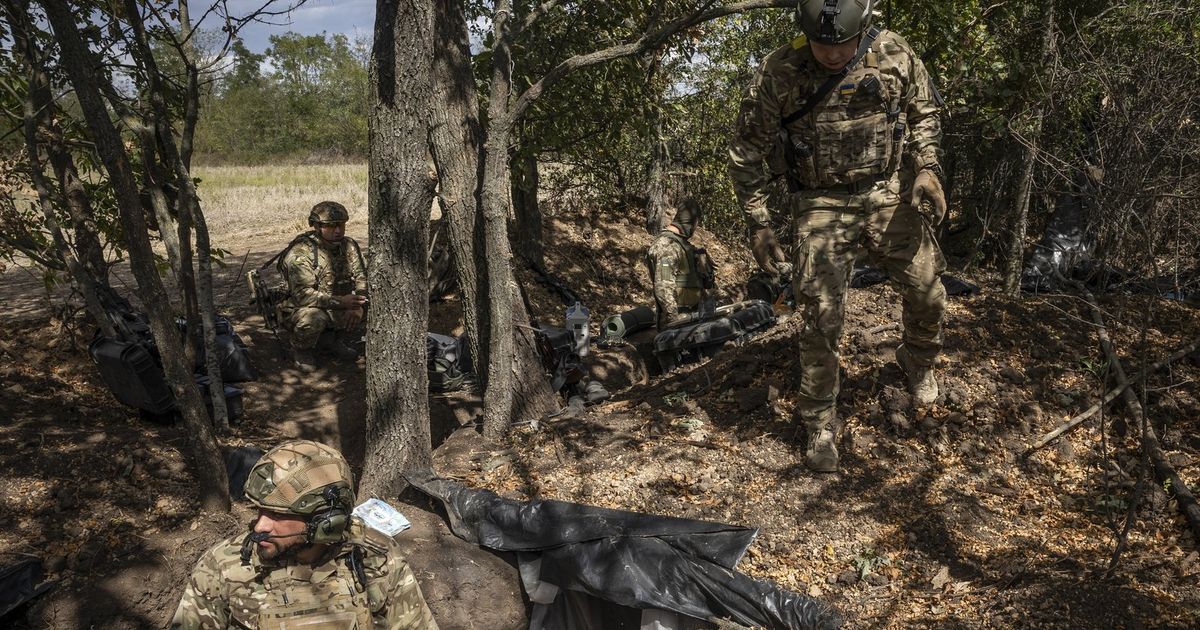 WASHINGTON — Senior Ukrainian officials stepped up intelligence sharing with their U.S. counterparts this summer as they began planning the counteroffensive that would allow them to make dramatic gains in the Northeast in recent days, a shift that will allow the United States better and more relevant information on Russian weaknesses, according to US officials.

Throughout the war, the United States provided Ukraine with information about command posts, ammunition depots and other key hubs in the Russian military lines. Such real-time intelligence allowed the Ukrainians — whom US officials acknowledge to have played a decisive role in the planning and execution — to attack Russian forces, kill senior generals and move ammunition stockpiles further from Russia’s front lines.

But previously, US intelligence officials said they often understood Russia’s military plans better than Ukraine’s. Concerned that sharing their operational plans might highlight weaknesses and discourage continued U.S. support, the Ukrainians closely guarded their operational plans, even as U.S. intelligence gathered accurate details about what the Kremlin ordered and the Russian commanders were up to.

But as Ukraine made plans to retaliate against the Russians, senior leaders in Kiev decided that sharing more information with the United States would help get more aid, US officials said.

Senior US officials declined to say how many details of the counter-offensive plan Ukraine had shared and how much advice the United States had given. But an official said Americans had “constantly” discussed with Kiev how Ukraine might slow down Russia’s advance in the east of the country.

Gains in the northeast, including the recapture of Izyum, a major rail hub, were Ukraine’s most significant progress to date, senior US officials said.

It’s not yet clear how much strategic importance these gains will hold, but there are signs that the current offensive could be the early stages of a drive that could significantly push back the Russian frontline, military experts and former intelligence officials said.

“I’ve been thinking for several months that Ukraine would push Russia back to the February 23 lines by the end of the year,” retired Lieutenant General Frederick B. Hodges, a former top US military commander in Europe, said, referring to the eve of the Russian invasion. “I look at the Russian logistics and it just seemed to me that they can’t sustain this. Their morale and discipline and all their manpower problems – it’s just not sustainable for them to do what they were trying to do.”

Current and former US officials praised the sophistication of Ukraine’s counteroffensive preparations. Ukraine’s decision to launch its counteroffensive in the south before it strikes in the northeast is a standard deception technique used by US Special Operations forces training the Ukrainians since the annexation of Crimea in 2014.

“These guys have been trained by special operations for eight years,” said Evelyn Farkas, the top Pentagon official for Ukraine and Russia in the Obama administration. “They have learned about illegal warfare. They have learned from our intelligence services about deception and psychological operations.”

While reports of the push in the south may have been a bit of a feint, officials say strike action is also important. Even small gains in the south will make it much more difficult for Russian troops to take the port city of Odessa, a war target of President Vladimir Putin.

Nevertheless, current US officials were reserved on Saturday, saying it was too early to determine whether the Ukrainian military could sustain its drive.

The offensive will put a strain on Ukrainians, who have suffered from shortages in supply, especially artillery shelling. Their army also suffered heavy losses. Going on the attack is harder and harder to sustain than a defense. Some US officials believe that the more successful Ukraine is in the coming days, the more Russia will look for ways to retaliate.

But the new offensive has shown how Russian forces have failed to overcome the fundamental problems exposed during the early days of the conflict, US officials said.

“The next stage is they will try to beat our energy and financial sector,” Dubynskyi said. “We’ve seen this scenario before.”

Russia attacked Ukraine’s energy grid in 2015. But this time, Ukraine expects Russia to use more targeted phishing attacks to disable parts of the energy grid or combine cyber-attacks with a kinetic bombing campaign.

This story was originally published on nytimes.com. Read it here.