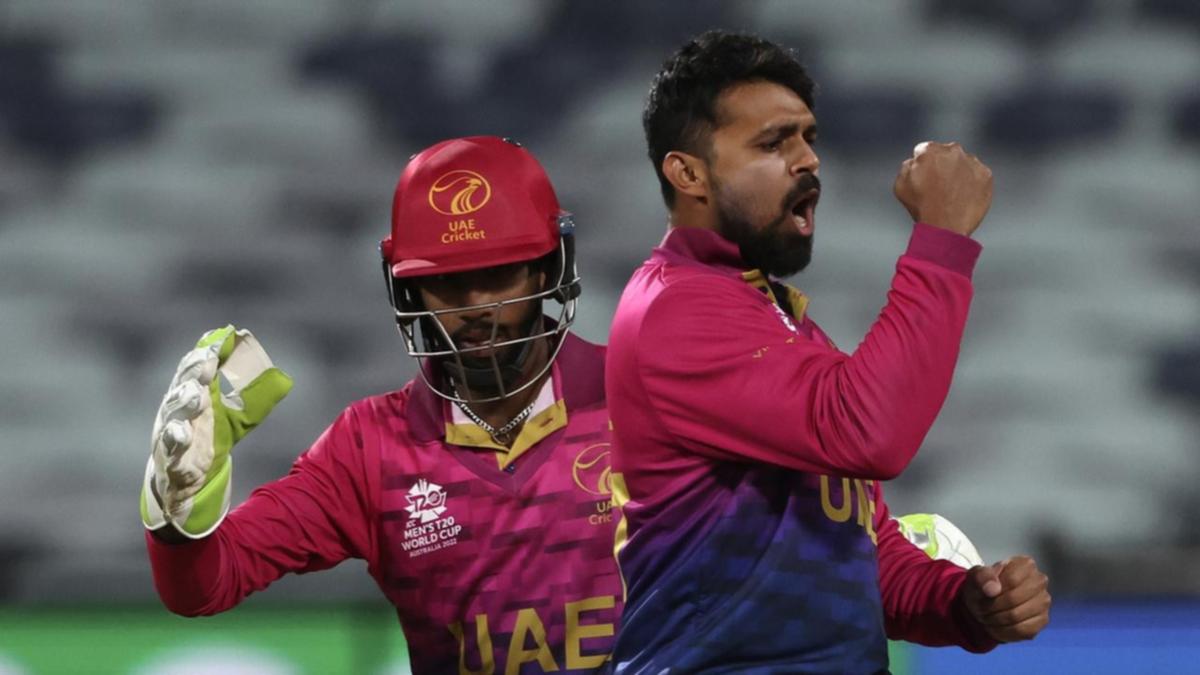 Namibia’s underdog story came to a dramatic end at the Twenty20 World Cup, falling in the hands of fellow associate nation UAE in a seven-run thriller.

Namibia, which upset Testnation Sri Lanka in their opening match, had to beat the UAE to secure their spot in the Super 12 stage of the tournament.

But after chasing the UAE’s 3-148, Namibia had to get off to a slow start under lights at Geelong’s Kardinia Park on Thursday night, finishing at 8-141.

Even the highest eighth-wicket partnership in T20 World Cup history – 70 runs between David Wiese and Ruben Trumpelmann – failed to get Namibia over the line.

The veteran Wiese put together a nerve-wracking 55 but was caught long on the border to end Namibia’s hopes.

UAE all-rounder Basil Hameed backed up a crucial unbeaten 25 to open the bowling and claim figures of 2-17 to take his team’s first T20 World Cup win and crush Namibia’s chances.

After winning their first match, Namibia misses qualifying for the next round of the tournament and the Netherlands advance.

Namibia suffered a five-wicket loss to the Netherlands on Tuesday after their stunning win over Sri Lanka, but a win over the UAE would have allowed them to progress and end the Dutch team’s tournament.

UAE opener Muhammad Waseem got off to an explosive start to the match when he crushed 50 of 41 balls, including three giant sixes.

Waseem and captain Chundangapoyil Rizwan (43 not out) helped the UAE to their biggest total of the tournament.

Veteran Zahoor Khan backed up Hameed’s opening spell with a ruthless 2-20 cameo to further narrow Namibia’s chances, with Wiese’s heroism not being enough.