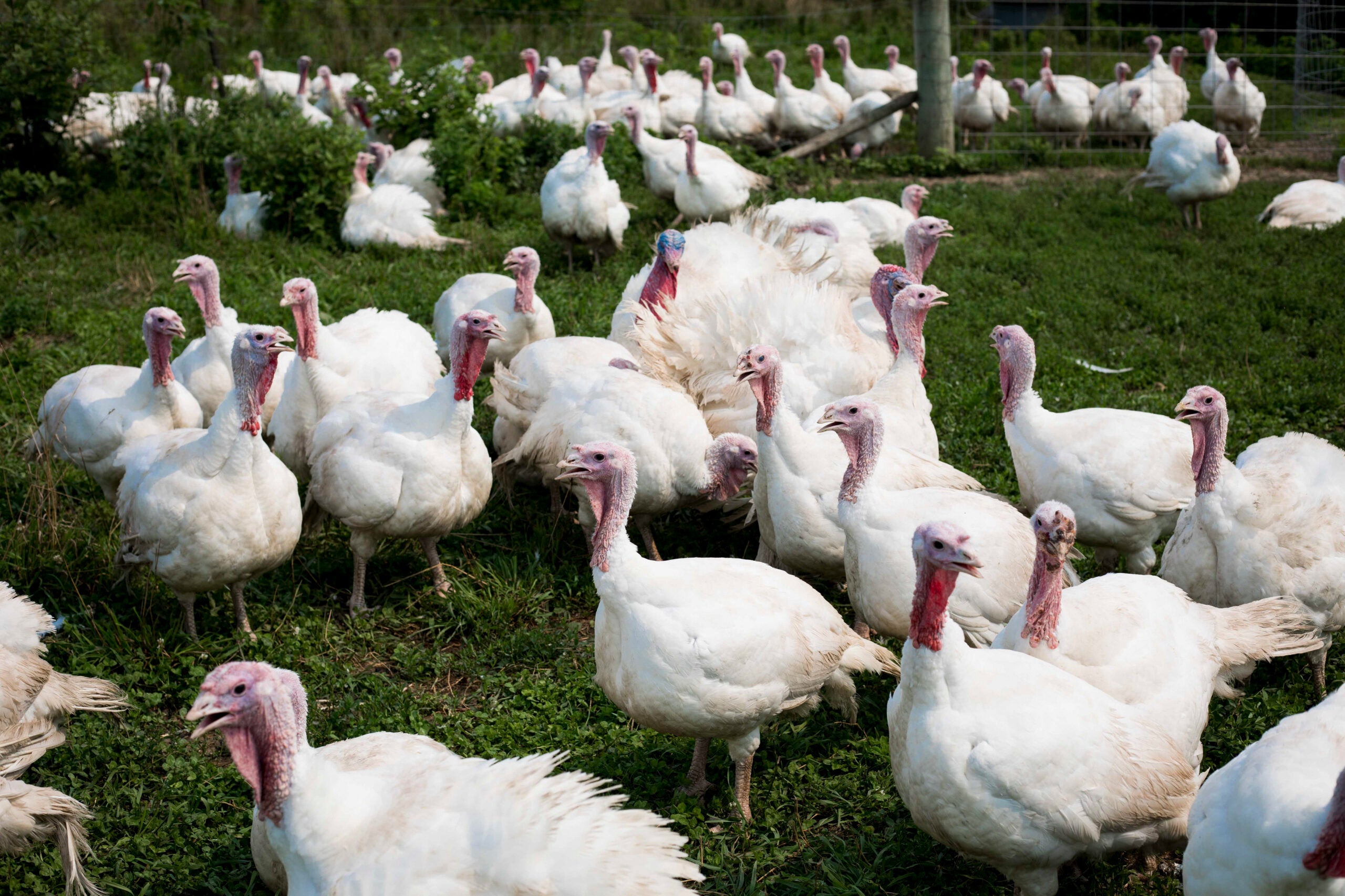 Thanksgiving 2022 will be a tough day for Turkey. The star of the holiday meal will be both hard to find and more expensive than ever.

Turkey’s supply has been tight for a long time. Producers began cutting back on breeding the birds in 2019 after turkey prices fell. Then the pandemic hit, further curtailing production.

Inflation has also pushed up the price of whole turkeys. Farmers and processors pay much more for feed, fuel and labour, which can be scarce. They have to do with shortages and drought.

All of this means home cooks could pay more than twice as much for a turkey this year as they did last year, some in the poultry industry predict.

And then there is the bird flu. A particularly persistent and contagious species carried by migratory birds has killed at least 3.6% of the country’s turkeys so far this year, or about 7.3 million birds, according to figures from the Department of Agriculture and Watt Global Media. , which oversees the poultry sector .

Most years, bird flu cases peak during the spring migration and then decline with the summer heat. But the current strain, known as highly pathogenic avian flu, lingered into the summer when some holiday flocks were raised. It has appeared in 42 states and continues to spread as Thanksgiving approaches. More outbreaks were confirmed this week, this time in flocks of turkeys in Utah and Pennsylvania.

“I’ve never seen anything as crazy as the turkey market right now,” says Greg Gunthorp, who raises ducks, turkeys, and pigs on 275 acres in northeast Indiana. For the past 14 years he has sold his pasture turkeys fresh. This year, faced with concerns about illness and difficulty finding workers to handle the birds in the fall, he slaughtered turkeys in the summer and froze them. Instead of his usual 7,000 fresh birds, he produced about 4,000 frozen ones.

“I tell people that if they’re not going to buy one of our turkeys, if they see one in the store, they better pick it up and put it in the freezer,” he said.

Every corner of the turkey market is stretched thin. Restaurants cannot receive orders. Deli owners scramble for sliced ​​turkey breast. Shoppers are paying a whopping 112% more for fresh skinless turkey breasts than last year. Fast food chain Arby’s is warning customers that turkey sandwiches cannot be ordered online and has posted “temporarily out of stock” on menu boards at some stores, sparking a lot of grumbling on social media.

Most producers, retailers and market analysts don’t think the meat crates will be empty. Contracts for most frozen turkeys were signed in the first quarter, some before the first case of avian influenza in a commercial flock was discovered on Feb. 8 at an Indiana turkey farm. months ready to go.

But still, shoppers shouldn’t expect the options they’ve enjoyed in the past

“They’ll find some kind of turkey. It might not be a pretty 10 pounder,” said Russ Whitman, senior vice president at Urner Barry, the price reporting agency that specializes in perishable proteins. “It’s essentially a ‘you’re going to take what you get and feel good about it’ situation.”

He and others predict that prices will continue to rise in the coming weeks. On Wednesday, the wholesale price for a chicken, the bird most people eat for Thanksgiving, was $1.85 a pound, about 40 cents higher than a year ago. In early 2019, that was 90 cents, Whitman said.

What exactly that means for shoppers is unclear. This week, the average selling price for a frozen turkey is $1.99 a pound, according to the Agriculture Department’s Weekly Turkey Report. That is 73% more than in 2021.

But turkey prices can vary wildly. Grocers have just started announcing their holiday promotions, which often include cheap or free turkeys to entice shoppers.

The odds of finding a particular size and type of bird for a reasonable price are lower for people who buy fresh turkeys, which account for about 30% of Thanksgiving sales, according to consumer data firm Numerator. About 80% of all fresh whole turkeys are sold in November.

Kate Lacroix, a writer in Boulder, Colorado who runs a pantry and teaches people how to use the freezer to save money, likes to buy fresh turkey a few days before Thanksgiving. Her neighborhood butcher warned her that she’d better order quickly.

“It will be impossible to find enough turkeys this year,” he told her. She had no interest in a frozen one. Her freezer is already stocked and defrosting a large bird isn’t something she wants to deal with. “Who has room in the freezer for a turkey?” she said.

So she and her two daughters go to Phoenix for a family vacation and eat Thanksgiving dinner at a restaurant.

Restaurants are also adjusting their holiday plans. For the first time in eight years, Arnis and Mallory Robbins are not selling smoked Thanksgiving turkeys at their West Texas restaurant Evie Mae’s Pit Barbeque. The price for raw birds is just too high.

“Everything is so crazy now,” Robbins said.

Mica Talmor, who runs the Pomella restaurant in Oakland, California, sent an email to customers last week warning her that her supplier could not guarantee her regular order of turkeys. So she may not be able to make turkey the centerpiece of the 400 or so pre-ordered Thanksgiving meals she usually prepares.

The supplier eventually promised to complete her order (“I believe it when I see it,” she said), but the birds will be small with less meat.

Customers shouldn’t be surprised by all the turkey drama, she said. “We’ve been hearing about bird flu for a while now. It’s not a mystery,” she said. “I think a lot of people forget to make the connection about where food actually comes from.”

Most American turkeys are raised in large indoor facilities, some of which can keep millions of birds. Avian influenza is largely transmitted by migratory waterfowl that may nest near poultry farms. It spreads quickly, especially through incarcerated flocks.

When the virus is discovered, the entire flock – tens of thousands of birds – must be destroyed, either by suffocating the turkeys with firefighting foam, pumping in carbon dioxide or, in rare cases, simply shutting off the ventilation, bringing the temperature to lethal levels. outcome rises. levels. The carcasses are usually turned into compost on site, although some are incinerated.

Some businesses, especially those along migration routes in the northern United States and Canada, have been hit harder than others. During a earnings call in September, a Hormel executive predicted that avian flu could cut turkey supplies to the company’s Jennie-O brand by as much as 30%.

Butterball, which sells more Thanksgiving turkeys than any other company, said it had lost less than 1% of its flocks to bird flu this year. That’s partly because most of the facilities are in the south, where migratory birds typically pass but don’t nest. After the latest bird flu outbreak in 2015, which cost the poultry industry more than $1.5 billion, the company has strengthened its biosafety protocols, said Jay Jandrain, its president and chief executive.

He expects to sell more turkeys than last year. But the choice can be limited. He suggests that people shop early if they want a specific size or style.

Butterball commissioned a study in July that found that inflation-weary shoppers prepare for Thanksgiving with frugality in mind, controlling costs by limiting the number of side dishes they make, cooking more dishes from scratch, and asking guests to bring side dishes. to take.

“They don’t want to compromise on the turkey,” Jandrain said. “That’s literally the centerpiece of the meal.”

This article originally appeared in The New York Times.