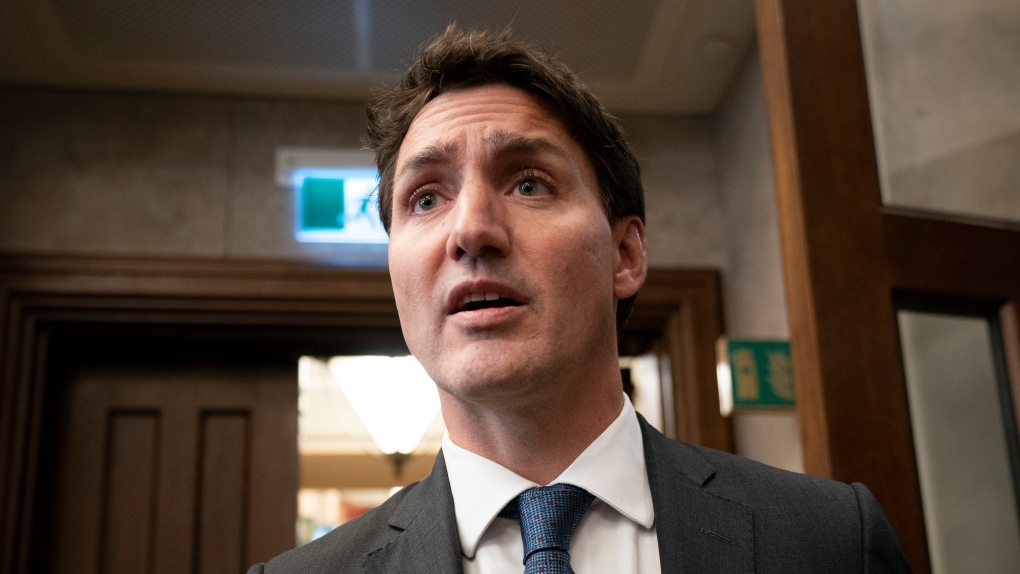 Canada’s latest Covid-19 border restrictions will disappear by the end of this month with the passage of a cabinet decision affecting the mandatory vaccinations, tests and quarantine of international travelers.

That expiration date also marks the end of urging travelers to use the ArriveCan app to enter their vaccine status and test results, though the app will live on as an optional customs and immigration tool.

It is not yet about whether passengers must wear face masks on domestic and international trains and planes, because that rule is contained in a separate order from the Minister of Transport, Public Works and Water Management.

Two senior government sources aware of the decision have confirmed that the cabinet decision to maintain the COVID-19 border measures will not be renewed when it expires on September 30.

The sources spoke to The Canadian Press on the condition that they not be named as they were not authorized to speak publicly. Although the Liberal cabinet met on Thursday afternoon, cabinet approval is not required for the order to expire.

One of the sources said Prime Minister Justin Trudeau had signed the decree not to renew the rules before the cabinet meeting took place.

Due to the change, international travelers no longer need to prove that they are fully vaccinated against COVID-19. Under the current rule, Canadians returning to the country who have not been vaccinated must show a negative COVID-19 test result before arrival and undergo further testing after arrival. They also have to quarantine for 14 days.

Foreigners who have not been vaccinated are simply banned from Canada unless they fall into specific categories, such as airline or boat crews, people in need of essential medical treatment, diplomats, and temporary foreign workers.

The cabinet decision also stipulates that vaccinated travelers will be selected for random COVID-19 testing, and requires travelers to submit their vaccine proof and test results electronically.

The only way to do that is through the ArriveCan app.

All that will end when the clock strikes midnight on October 1.

Tourism Secretary Randy Boissonnault would not confirm the decision Thursday afternoon, but he said that if the order expired, it would also eliminate the only mandatory component for the ArriveCan app.

“So the mandatory piece is the vaccine piece, and because people prove it like that through the ArriveCan, that’s how the order was written, from what I remember,” he said on his way to the cabinet meeting.

ArriveCan has turned into a digitized border arrival tool, and now people flying to certain airports can use it to fill out their customs and immigration form instead of the paper version.

Boissonnault said this is in line with the digitization of border forms in a number of countries, including Europe, and will provide faster, smoother border experiences in the long run.

The expiration of the order also means that the health minister will no longer be able to quickly ban citizens of specific countries dealing with COVID-19 outbreaks from coming to Canada. That measure was used to ban people from India and certain African countries at various points, movements criticized by some as racist.

Canada’s COVID-19 border measures have evolved since the pandemic began in March 2020.

For more than a year, Canada implemented a mandatory 14-day quarantine for all returning Canadians, and over a period of time the quarantine had to be completed in full or in part in specific hotels.

Between March 2020 and August 2021, foreigners were unable to enter the Canada period, with some exceptions for critical workers, including flight crews, health workers and truck drivers.

In July 2021, when all Canadian adults and teens were given access to vaccines, the government stopped mandating quarantine for fully vaccinated Canadian travelers.

Border measures have become heavily politicized, with Trudeau’s conservatives demanding that they all be lifted, and leader Pierre Poilievre made ending them a key policy in his recent leadership campaign.

Deputy Conservative Leader Melissa Lantsman and Quebec Lieutenant Pierre Paul-Hus said in a joint statement on Wednesday that it would be helpful to end the measures within weeks of Poilievre winning leadership.

“Since its launch, the ArriveCan app has cost jobs, choked economies across the country and told visitors they were not welcome in Canada,” they said. “Along with unscientific vaccine mandates and mandatory randomized testing, ArriveCan caused the longest delays ever seen at Canada’s airports.”

Delays at airports were attributed in part to ArriveCan, as some travelers who struggled to get it to work, or couldn’t or wouldn’t use it, backed up lines. However, the delays are also due to labor shortages affecting everything from airport staff to security and border guards.

dr. Zain Chagla, an infectious disease specialist, has been arguing against mandatory vaccinations and testing at the border for months. In an interview Thursday, he said testing asymptomatic travelers at the border is expensive and not as helpful as testing symptomatic people in the community.

He said that without testing everyone, the policy will not prevent further spread of COVID-19.

The government had long pointed to random testing as a way to screen for the arrival of new variants, but Chagla said there are better and easier ways to look for that too.


This report from The Canadian Press was first published on September 22, 2022.