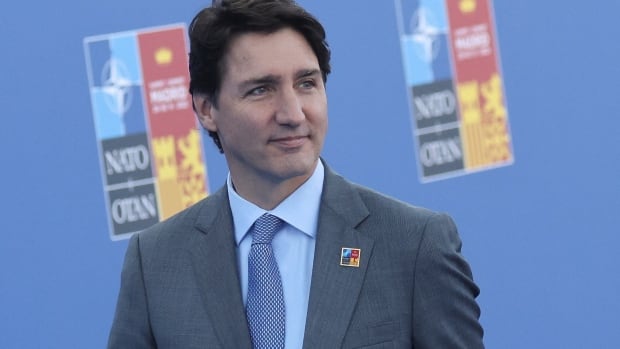 Ukraine’s time-honored pleas — and prayers — for advanced Western weapons are beginning to be answered as Canada announced Thursday it plans to send dozens of brand new armored personnel carriers to the embattled country.

It is part of an overall effort by NATO, which has said it will help the Eastern European country switch to modern military equipment.

At the conclusion of the NATO leaders’ summit in Madrid, Prime Minister Justin Trudeau announced that Canada is working to finalize a deal to supply Ukraine with 39 armored combat support vehicles (ACSVs). They were destined for the Canadian Army and are currently being delivered but will be diverted instead.

In addition, the Ukrainians will receive six additional high-resolution cameras for use on their highly effective Turkish-built Bayraktar drones, which have been praised for their accuracy in taking out Russian tanks and armored personnel carriers.

The deal to provide armored support vehicles, intended solely for troop transport, will come with a support, in-service package and will be provided by the manufacturer General Dynamics Land Systems-Canada, based in London, Ont. They are different from infantry fighting vehicles, which are equipped with a turret and a 25 millimeter gun.

The Canadian military had ordered 360 of the armored support vehicles and a senior government official, speaking in the background before the announcement, said there is a commitment to replace what is being pulled from the army’s stockpile.

The source said the vehicles are expected to be in service with Ukrainian troops this summer, after a little training.

The latest donation of equipment will effectively exhaust the $500 million that the Liberal government has set aside for military equipment to support Ukraine.

The announcement comes a day after it was announced that Canada had signed a deal with Latvia to help bolster NATO’s battlegroup in the Baltic country to bring it up to brigade size, as alliance leaders have ordered.

Trudeau said that decision will mean the deployment of additional Canadian troops.

It was part of a series of landmark decisions made at a two-day summit of Western military alliance leaders in Madrid.

“A strongly independent Ukraine is vital for the stability of the Euro-Atlantic area,” NATO Secretary General Jens Stoltenberg said during a briefing to media late Wednesday.

His comments came after what was a blistering video address to alliance leaders by Ukrainian President Volodomyr Zelensky, whose country has been trying to join NATO for more than a dozen years.

“We will help Ukraine transition from Soviet-era equipment to modern NATO equipment, increase interoperability and strengthen its defense and security institutions,” Stoltenberg said.

CBC News has learned that NATO planners and US officials are investigating how to switch the Ukrainians over to modern battle tanks from the older Soviet-style T-72s and T-80s they fought with.

While the Ukrainians won’t confirm the number, defense experts estimate that just under half of Ukraine’s tank force was lost in combat, along with two-thirds of their armored personnel carriers.

In addition, there are reports suggesting that the US has purchased a modern National Advanced Surface to Air Missile System for Ukraine – similar to the one already protecting the US capital.

It would increase Ukraine’s ability to protect its airspace from Russian aircraft and cruise missiles.

VIEW | Canada will increase the number of troops in Latvia as NATO strengthens its presence in Europe:

Canada will increase the number of troops in Latvia as NATO increases its presence in Europe and the US sends ships to Spain.