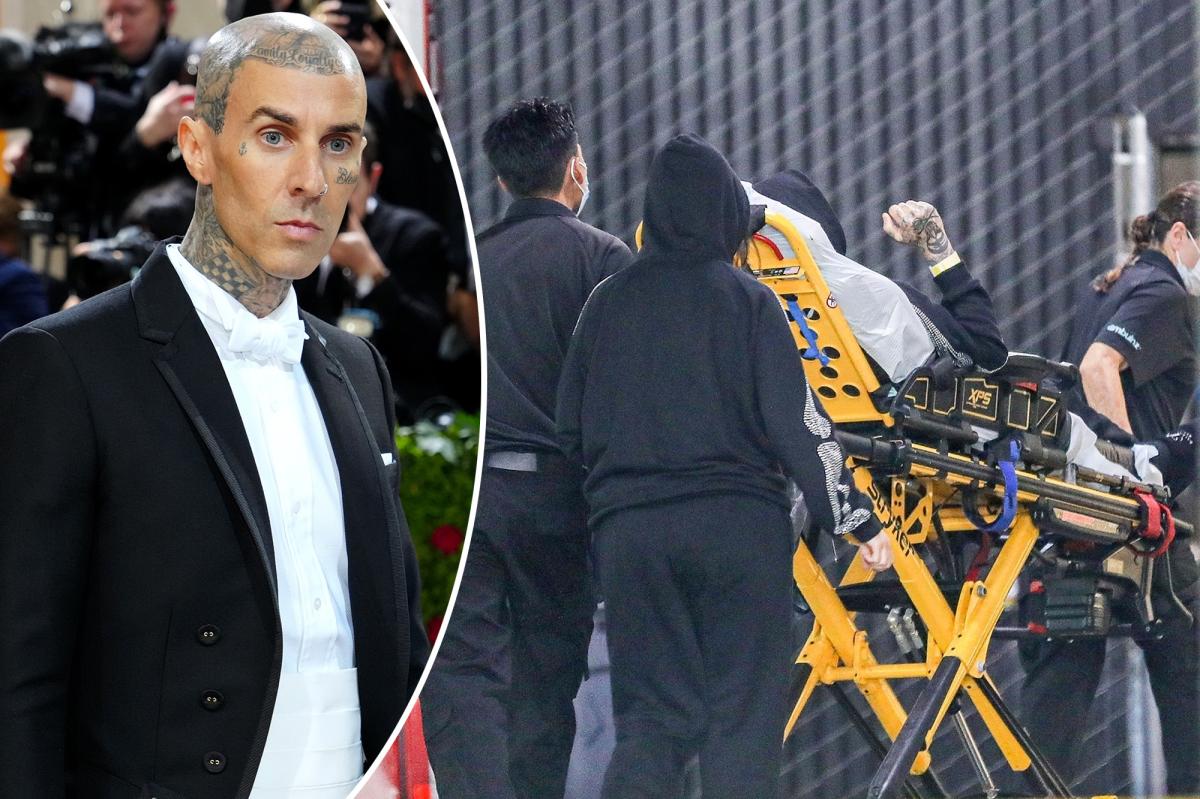 Travis Barker has confirmed reports that “life-threatening pancreatitis” played a role in his recent hospitalization.

“I went for an endoscopy on Monday and felt great. But after dinner I got excruciating pain and I’ve been hospitalized ever since,” he revealed via his Instagram Stories on Saturday.

He went on to say he had a “small polyp” removed in a “highly sensitive area commonly treated by specialists, which unfortunately damaged a critical pancreatic drainage tube. This resulted in life-threatening pancreatitis.”

“I’m so very grateful that I’m much better now with intensive treatment,” he concluded, adding a prayer emoji.

“Travis and I went together for a routine endoscopy and he ended up with severe, life-threatening pancreatitis.”

She continued: “I am so grateful to our specialists, doctors and nurses at Cedars Sinai for taking such good care of my husband and me during our stay.”

As previously reported by Page Six, the Blink-182 drummer was first rushed to West Hills Hospital and Medical Center on Tuesday before being transported to Cedars-Sinai Medical Center in Los Angeles for additional care. Kardashian, 43, stood by his side.

Several family members wish the musician the best since his hospitalization, including daughter Alabama, 16, who updated her social media followers about Barker’s condition with a clip from his room.

Barker also received love from ex-wife and Alabama’s mother, Shanna Moakler, who this week told Page Six, “I pray for a speedy recovery and for the comfort of my children as I know they are very concerned and concerned.

“I know he will do it again with his support system,” she added. “I will always be there for him and my children.”

While the women in Barker’s life shared their concerns about the rocker, son Landon, 18, has yet to publicly raise his father’s medical fears.