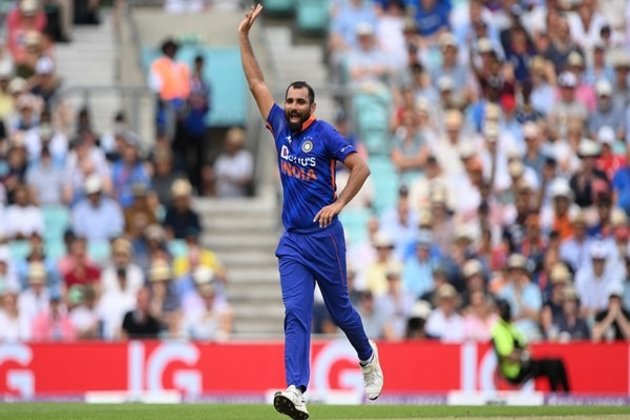 Speaking exclusively on Star Sports show ‘Game Plan’, former Australian cricketer Tom Moody spoke about the match-up between India and Pakistan at the 2022 ICC Men’s T20 World Cup, saying: “I think it’s an intriguing match because for me India are a strong striker while Pakistan I think is a strong bowling match So for me it’s a real contest about how well India fights a very strong new ball strike If they come through that I see India control has the game.” “But that’s where they have to settle it in the first six overs. Now we know it’s T20, we know it’s Power Play, and we also know that if we want to fly, we’ll do it.” “We have to manage that carefully. So I’m not saying you have to be conservative, you have to be vigilant,” added the former Australian cricketer.

Tom Moody spoke about who will be the three pacesetters for India and what confidence Mohammed Shami will take in the game against Pakistan. “I would go with Shami. I would just go with his experience. Obviously Bhuvi and Arshdeep are the first two. I just think in big tournaments you support big players. And he’s a big player with a lot of experience. He may have been small with some volume in his bowling, but the one time he bowled against Australia would have gone a long way regarding not so much the physical side of things, but definitely the mental side of things,” he said .

Tom Moody also spoke about how both teams should be tactfully aware of playing at the MCG, saying: “I think there’s one thing you need to consider about the pitch. The pitch at TheGabba is resilient. Is it will be the same at the MCG? I wouldn’t take it for granted that it would be the same as The Gabba. Another thing to consider is the big boundaries. “Yes, there will be big boundaries at the MCG, we know that . It’s a big venue, so the short ball and using that length, hard length, with that change of pace in that length, is key to bowling at the MCG. So I’m sure both teams are very aware of what the tactical game is with the ball in those top overs and especially in those defensive overs,” MoodyWith added the India-Pakistan match at the ICC Men’s T20 World Cup 2022 just two days away, multiple speculations about who will be lining up for Team India and what the outcome of the match will appear to be the main talking points.Team India arrived in Australia a few weeks ago to review the conditions leading up to the match to judge Super 12 stages of the tournament.

With different weather, field conditions and dynamics in stadiums compared to those in India, both teams will have to get their tactics at the Melbourne Cricket Ground. With more than 100,000 fans committed to both teams at the MCG, the campaign opener will be a showdown for all ages. (ANI)