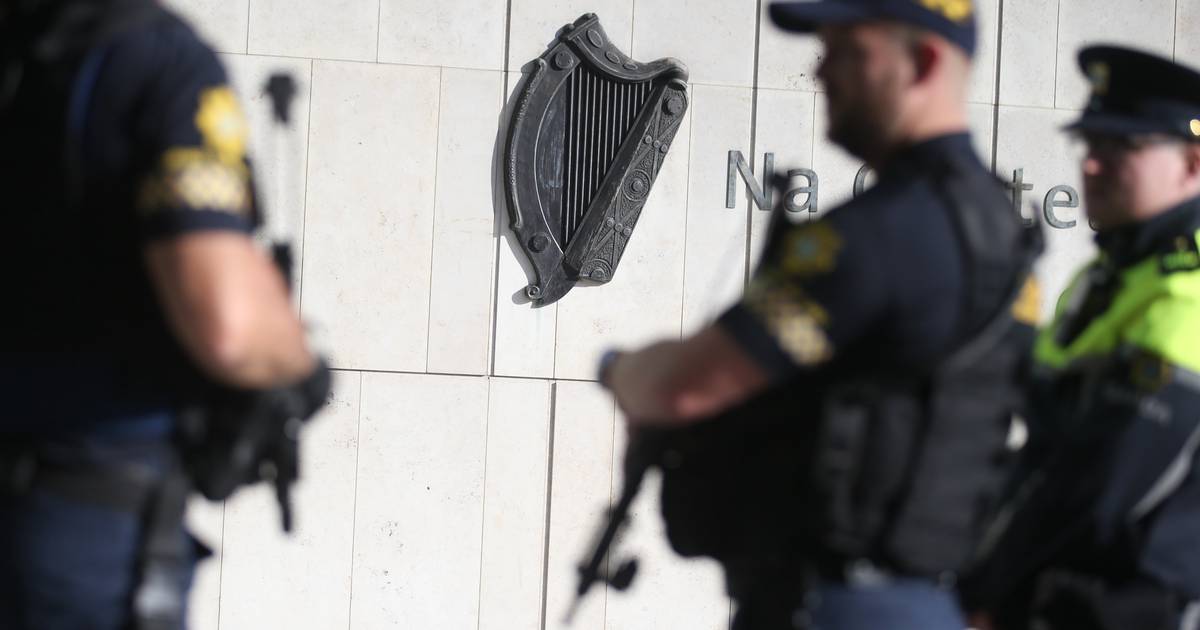 Three AK-47 rifles were found in the trunk of a car after “an intervention” by Garda, just a month after Kinahan cartel member David Byrne was fatally shot at the Regency Hotel, the Special Court heard Thursday.

Inspector Padraig Boyce testified at the trial of Gerard Hutch (59), last of The Paddocks, Clontarf, Dublin 3, who denies the murder of Kinahan gang member Mr Byrne (33) during a boxing weigh-in at the Regency Hotel on Swords Road, Whitehall, Dublin 9 on February 5, 2016.

Mr Byrne, from Crumlin, was shot dead at the hotel in Swords, Co Dublin, after five men, three disguised as armed gardaí in tactical clothing, stormed the building, where a boxing weigh-in was taking place at the time. The victim was shot by two of the tactical attackers and further bullets were delivered to his head and body.

Mr Byrne died as a result of six shots fired from a high-velocity weapon to the head, face, abdomen, hand and legs.

In his opening statement, prosecutors said the court will hear Mr Hutch’s former co-defendant and now state witness Jonathan Dowdall said Mr Hutch had said he [Gerry Hutch] was one of the team that shot Mr Byrne at the Regency.

Inspt Boyce, who testified on Thursday, told prosecutor Sean Gillane SC that he took part in “an intervention” outside Slane in Co Meath at 7:05 p.m. on March 9, 2016.

A man, he said, named Shane Rowan of Forest Park, Killygordan, Co Donegal, was driving a gray Opel Insignia car and the vehicle was parked on the side of the road.

Rowan was arrested and the vehicle searched. Three assault rifles modeled on original AK-47s and ammunition were found in the trunk of the car, Insp Boyce said.

Rowan was arrested for membership in the IRA and possession of guns and ammunition, he said.

Detective Garda Rory Geelon said he was taking the Vauxhall to Drogheda Garda station for a technical examination. The witness said some of the items in the trunk were found in “different packages.” There was a short AK-47 assault rifle, two AK-47 rifles and three loaded ammunition cartridges. Other items found in the briefcase included ammunition in a loose bag, cable bags, ties and towels, he said.

Sergeant David O’Leary said he received a request to go to Drogheda Garda station and conduct an investigation on the gray Opel Insignia. There were a few empty white canvas bags in the trunk and a rug, he said. One of the AK-47s was wrapped in a yellow carpet and had no magazine in it, he said. The other two AK-47s were wrapped in white shirts and two loaded magazines for the rifles were wrapped in a towel, he said.

In his opening address on Tuesday, Mr Gillane said the three assault rifles found in the rear of the car were later compared to cartridges recovered at the Regency hotel.

The trial continues for Ms Tara Burns, Chair, sitting with Judge Sarah Berkeley and Judge Grainne Malone. This is expected to last 12 weeks.

Mr Hutch’s two co-defendants – Paul Murphy (59), of Cherry Avenue, Swords, Co Dublin and Jason Bonney (50), of Drumnigh Wood, Portmarnock, Dublin 13 have also pleaded not guilty to taking part in or contributing to the murder on David Byrne by granting access to motor vehicles on February 5, 2016.