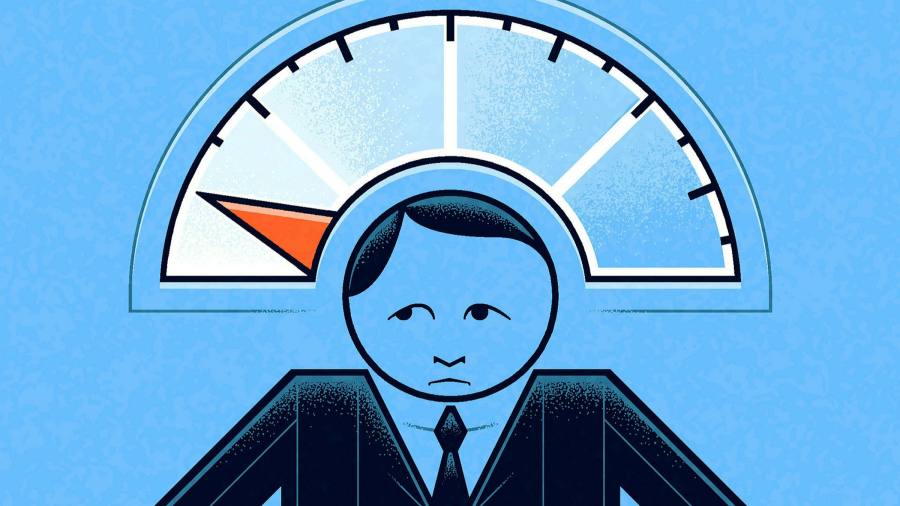 The writer is president of Rockefeller International

By the end of 2020, many economists saw a silver lining in the pandemic. When they got home, people were adopting digital technology faster and faster. Productivity skyrocketed. Perhaps the long, grueling decline in productivity growth was over. Unfortunately, after peaking at more than 3 percent, the rise collapsed, showing up as an outlier typical during the early stages of a recovery, when companies are slow to hire new employees.

This leaves a great paradox unresolved. Since the computer age dawned in the 1970s, we have lived with a sense of accelerating progress and innovation. But when the computer age began, the post-war productivity boom ended. Apart from an upturn at the turn of the century, productivity has been on a declining trend for more than 50 years.

Optimists suggest that innovations such as Internet search are often free and thus not recorded in productivity metrics, or that the impact of technology comes in waves. The productivity resurgence that began in the late 1990s was driven by checkout scanners and other digital inventions used in retail stores. The impact of newer developments like artificial intelligence will come, they say, just wait and see.

Pessimists answer that in earlier times, capitalism brought advancements, such as electricity and gas engines, which boosted productivity in all sectors. Now it creates distractions: digital games and social media.

But a closer look at the timing and location of the productivity decline points to an alternative explanation: the growing role of government.

It is more than a coincidence that from the 1970s onward, major capitalist countries began to run into budget deficits, both in good times and in bad. Bailouts for major banks and corporations have intensified since the early 1980s. Government stimulus (both monetary and fiscal) has broken records during the last three major crises, with advanced economies rising to more than 7 percent of GDP in 2001, 12 percent in 2008 and 45 percent in 2020.

As the cleansing effect of defaults and downturns faded, business dynamism also declined. New business creation collapsed, leaving a stock of fewer older, larger businesses. The number of publicly traded American companies has halved in recent decades. The largest survivors are increasing their share of three out of four American industries and taking an increasing share of the profits.

More active government support has undermined creative destruction, the lifeblood of capitalism. Productivity growth continued to decline after the global financial crisis of 2008, when bailouts and stimulus measures increased significantly. In developed economies, productivity growth fell to just 0.7 percent in the 2010s — less than half the pace of its already declining trend over the past three decades.

However, this decline has not been truly global. For much of the past half century, productivity in emerging countries has risen steadily, from below zero in the late 1970s to peaking at over 5 percent in the late 2000s. more socialized, China and later India switched to more market-oriented economic systems.

Despite the decline in recent years, new data shows that productivity in emerging countries still grew by 3 percent in the 2010s – above the trend of recent decades. Since 2010, almost all developed countries have seen a decline in productivity.

Big government has advantages as an explanation for the productivity paradox. For starters, there is no need to be skeptical of new technology. It may also be responsible for strong productivity growth in emerging countries, where the role of the state has largely declined since the 1970s. It does not assume that the productivity increase of digitization escapes clear measurement, which cannot explain why this increase was easy to measure during the technology revival around 2000, but impossible before and after.

It also fits better in the timeline. As government interventions increased, the cumulative hit began to overwhelm the boost from technology. Studies link the decline in recent decades to the beneficiaries of government aid, including bloated financial markets, monopolies and zombies – lifeless companies surviving on new debt.

Zombies barely existed in 2000, but now account for 20 percent of publicly traded companies in the United States and higher shares in Europe. The rise of the “zombie economy” has been linked to the ease of money flowing out of central banks amid warnings that zombies are lowering productivity in various sectors by sucking resources out of more dynamic companies.

Now there is a twist. Inflation is back and may end the era of easy money, which in turn may remove some of the deadwood that is blocking another wave of productivity. But easy money is just one aspect of big government, enshrined as a new governance culture of bailouts, market rescues, and constant incentives. To revive productivity, the government needs to rethink its role in the economy.