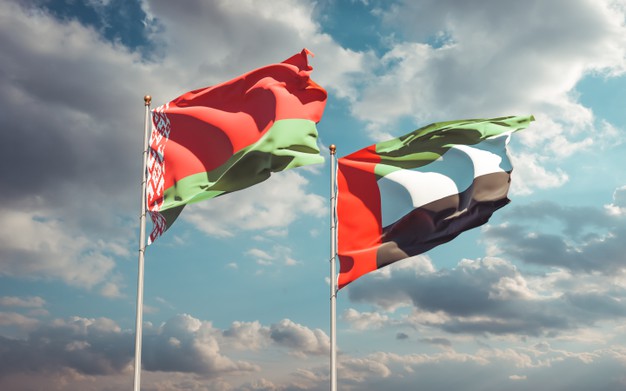 The Ambassador of the People’s Republic of Belarus to the country, Andrey Luchinok, said that his country and the United Arab Emirates have built strong and reliable friendly relations over the past three decades and that effective steps have been taken to enhance industrial cooperation. , energy, agriculture, communication and technology, but also in the fields of transport, trade, investment, tourism, education and culture.

During an interview with the Emirates News Agency, WAM, he added: “Over the years of our presence in the United Arab Emirates, we have built stable relationships in all areas, based on trust and mutual respect,” noting the ongoing visits between officials of the two countries at all levels.

On the continued development of bilateral relations between the UAE and Belarus, with the support and concern of the leaders of the two countries, he said: “When we talk about the region as a whole, Belarus maintains strong friendly relations with all the countries of the Gulf Cooperation Council, but the most developed of these is certainly with the United Arab Emirates, where diplomatic relations have been established between the two countries. The two countries took place on October 20, 1992, and today we celebrate the thirtieth anniversary of this important event.

He referred to the historic visit of His Highness Sheikh Mohamed bin Zayed Al Nahyan, president of the state, “may God protect him” in 2019, to Belarus, as well as the Belarus president’s repeated visits to the UAE.

He stressed that over the past thirty years, the friendship between the Belarusian and Emirati peoples has been strengthened, which is reflected in the mutual support for a number of issues on the international agenda.

Speaking of the Republic of Belarus’s participation in Expo 2020 Dubai, which was held last year, he said: “Expo 2020 in Dubai, which was organized brilliantly, was a great help to us, as it allowed us to expand our country to present in economic potential and to display our historical and cultural heritage.. The high level of our pavilion is also confirmed by the international exhibition community, especially by the American magazine “Exhibitors”, which traditionally collects reviews of Expos.

On the joint projects between the two friendly countries, the Belarusian ambassador emphasized: “We strive to ensure that our projects are not only profitable, but also provide high and long-term returns”, noting that the UAE today announced the Today the largest investor in Belarus is among the countries of the Gulf Cooperation Council, and in 2021 it was one of the four largest investors in Belarus.

It is noteworthy that diplomatic relations between the United Arab Emirates and the Republic of Belarus began in 1992, and the Embassy of the Republic of Belarus was opened in Abu Dhabi in 1999, and the embassy of the UAE in Minsk in 2008. two countries developed with rapid dynamics resulting in political cooperation and mutual support. two countries, and the frequent exchange of visits between the official delegations of the two countries, and participation in the events held in both countries.