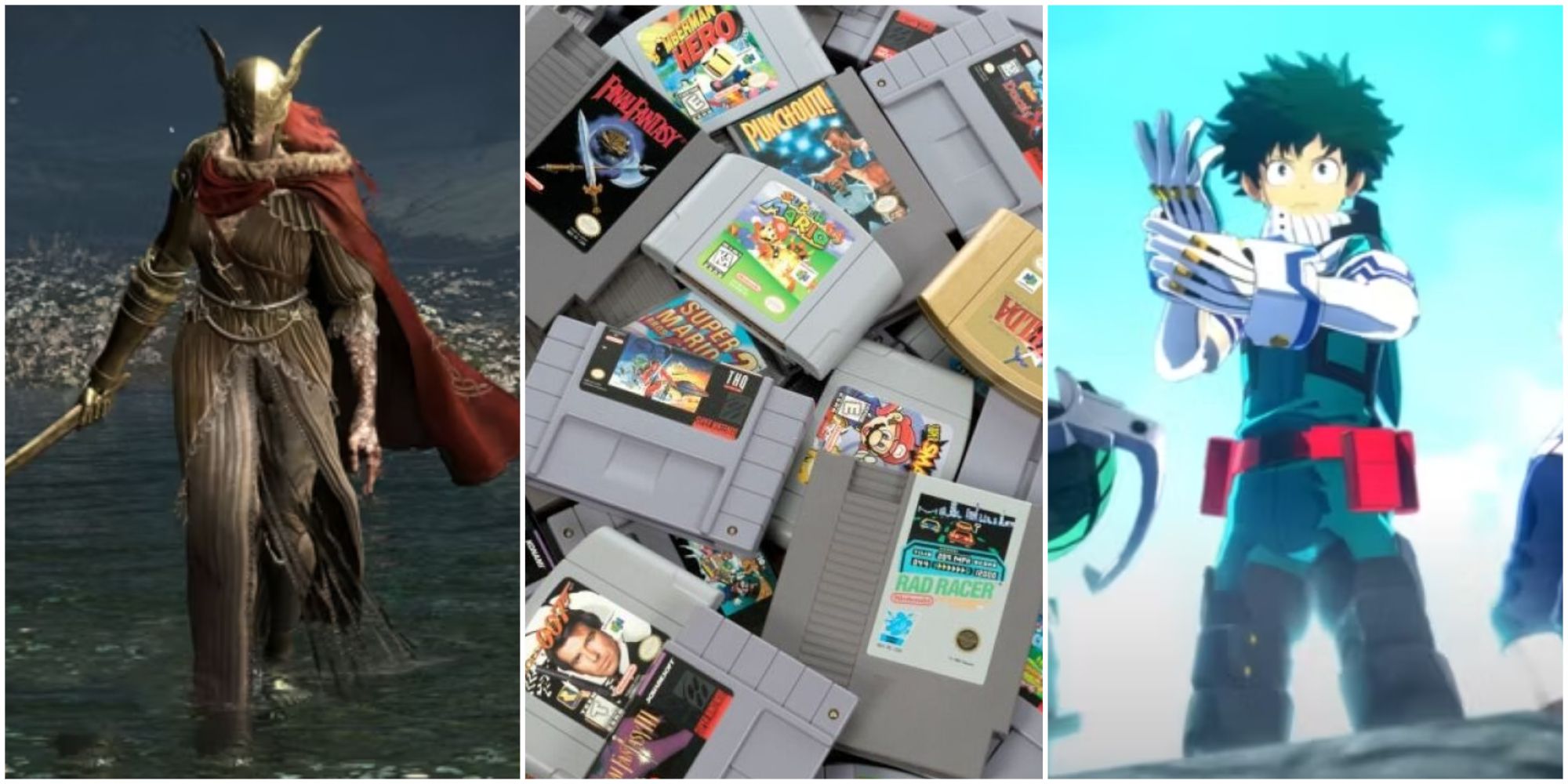 Let Me Solo Her is back in business, players can get their hands on hundreds of SNES manuals and My Hero Academia becomes a battle royale game.

Since you’ve certainly been celebrating outside of freedom with a literal bang, you’ve probably fallen behind with the latest developments in the world of gaming, but don’t worry, because we’ve got this handy dandy news roundup for you. This time we heard how the Elden Ring legend Let Me Solo Her never really retired, you can read every game manual ever made for the Super Nintendo Entertainment System, and My Hero Academia will soon be a battle royale game. These are just our top stories, so read on for the rest.

Itch.io is raising money for abortion funds with a brand new games bundle. “In light of the U.S. Supreme Court’s decision to undo Roe vs. Wade and threaten and remove access to abortions, creators from across Itch.io have contributed projects to this solidarity bundle,” the company said in a statement. . “100 percent of the proceeds from this bundle will go to the National Network for Abortion Fund’s Collective Power Fund, which moves money directly to abortion funds in more than 20 US states, with a particular focus on the South and Midwest, where it is often the hardest to access abortions.”

Every English SNES Manual Now Available Online Thanks to Archivist

Players can now get their hands on all the game manuals ever made for the Super Nintendo Entertainment System thanks to a very dedicated archivist named Peebs. This represents over 800 documents, which is amazing in itself. “We’ve done it! The last one! The last English Super Nintendo Entertainment System manual! Damn, it feels great to finish a project,” noted the archivist. Keep fighting for game preservation, Peebs.

My Hero Academia is going to be a battle royale game

My Hero Academia will soon be a battle royale game according to a recently released trailer. The game supports up to 24 players on a single map with eight teams of three battling it out through the looks of things. According to the official website, each character falls into one of three different categories consisting of Assault, Support, and Disruption. The team balance is left to the players themselves to find out. I quite liked the anime, so this one might be worth checking out.

Rumors are circulating that Let Me Solo Her has retired from Elden Ring. Well, not true. The player is in fact more active than ever. “Since a lot of people ask or think I’m retired, I’m happy to say I’m not and I’m still going strong,” noted Let Me Solo Her in a video. “Lost count now, but more than 2,000 Malenias have been killed.” That’s quite a few bosses to rest.

Subscribers to the PlayStation Plus service have had access to a library of PS3 games for quite some time, but unlike PS4 games, they had to stream it. This could change in the very near future as PlayStation is apparently trying to hire a Software Development Engineer who specializes in “emulation of legacy PlayStation platforms”. Speculators have suggested that such emulation could only be for PS3 games. The job posting also lists a number of “must haves”, including “experience developing cross-platform software for game consoles and desktop PCs” and “developing automated solutions that scale to thousands of similar products.”

NEXT: Neon White Is A Huge Sucker And I Love It