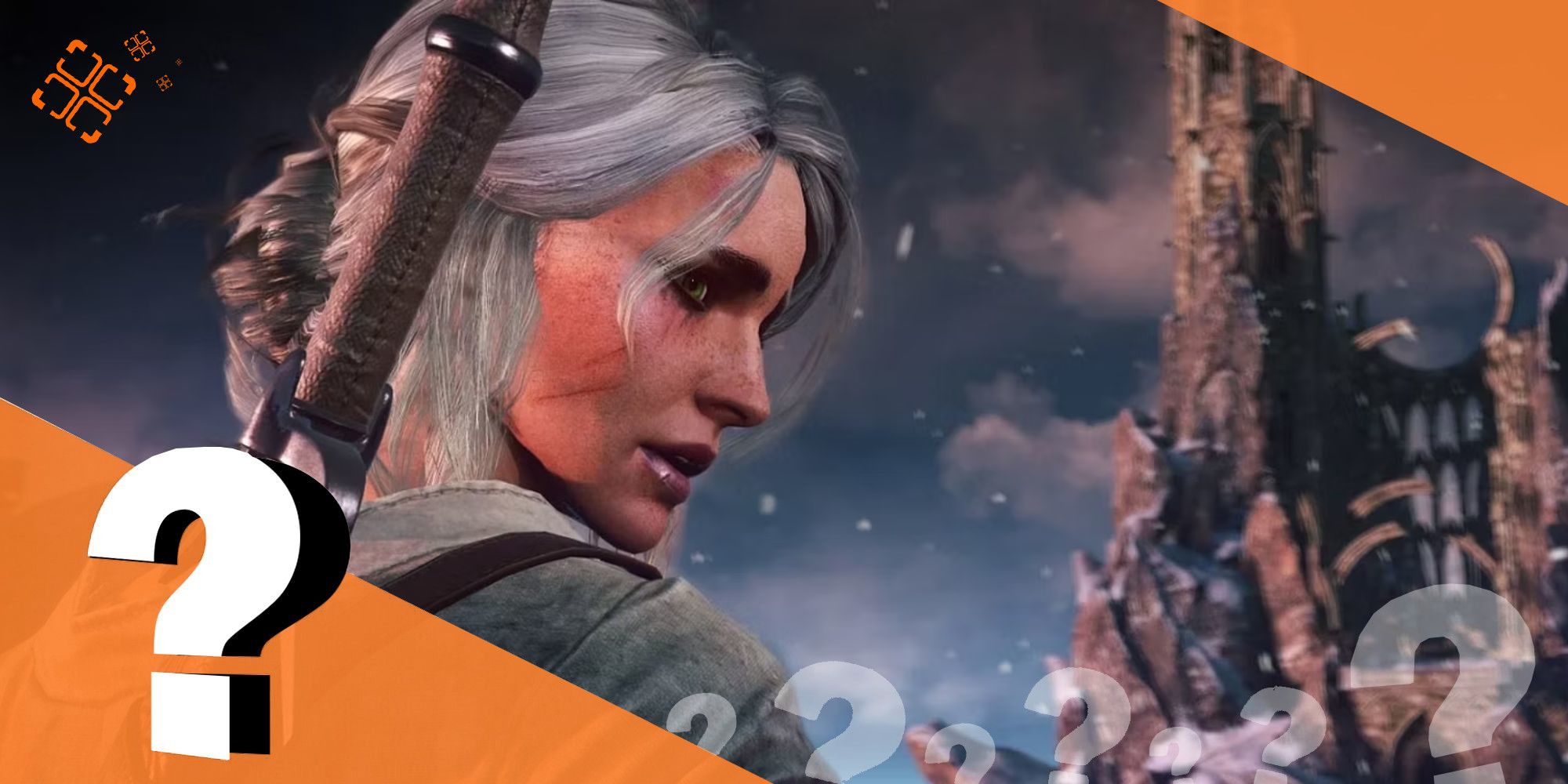 Have you ever heard the phrase “don’t sweat the small stuff”? Well, we’re here to sweat the big stuff. The massive stuff. The gigantic things. You could even say: The Big Stuff. That’s right, it’s time for TheGamer’s weekly Big Question, where we ask the question most other sites are too scared to even think about.

Wouldn’t it be nice this week if side characters had their own game? The answer – yes, but if it happened I would probably write an op-ed about how creativity in gaming is a dying art and it’s just a soulless money grab because game journalists like to ruin everything because they don’t have a heart. Anyway! On to those big answers – gamers, let’s sweat.

Since I’ve already written that Persona 5 would have been thematically stronger if Ann Takamaki was the main character, I’m going for Ann Takamaki. Persona 5 has an unfortunate habit of writing great female characters, but also giving them a scene where they discuss the size of their breasts. I’m not sure then if an Ann game would be a disaster, but there’s so much of Ann’s story still waiting to be told that I’m willing to write at least a hypothetical 100 words about how it might turn out well. can be .

I may only have Yakuza 0 out, but I would die for Nishiki. He is handsome, loyal and an absolute fashion icon. I’ve heard he’s not that nice in the other games, but if I just go from 0, I know I’d kill to spend 30 hours exploring Tokyo with him, solving Yakuza mysteries and taking on bad guys beating up for my friend Kiryu. With Yakuza branching out more according to Judgment, spin-offs aren’t too far-fetched, and Nishiki feels like a no-brainer, even if it’s a prequel that looks more at his upbringing with Kiryu and the Kazama family. I’d love to see him become the cute karaoke-loving idiot that he is.

I was a latecomer to the Devil May Cry series, only gave it a real shot when it came to Devil May Cry 5, then went back to the others to make up for lost time. I didn’t realize how much I would love the series, and more importantly, I didn’t quite realize how hard I would sim for Vergil. While it’s easy to pick a favorite character and demand more screen time for them through a spin-off, I think a Vergil spin-off would make a lot of sense.

A potential spin-off could cover old ground, but from Vergil’s point of view, it gives players the chance to take on Dante and play as Sparda’s more villainous son. Alternatively, it could be a new entry as Vergil, set after the events of DMC 5, possibly seeing him join the DMC crew, likely as a reluctant anti-hero. Anyway, I just want more Vergil in my life.

One of the most interesting characters in the Elder Scrolls mythos is Barenziah. She’s notoriously the subject of two series of in-game books, one lustful and one less so, and is even a character you can meet and interact with in Daggerfall and Morrowind. She is important and her story is especially entertaining to read. Both versions.

Something the Elder Scrolls games struggle with is a sense of the passage of time. Obviously, open-world games rarely lend themselves to the idea of ​​an epic story spanning months or years – you get crazy stuff like going from a nobody to the College of Winterhold’s Arch-Mage within a week. A closer story that follows one person as she discovers herself and rises to power would tell a more believable, compelling story in a world where that sort of thing is hidden in missing books often neglected due to flashy set pieces and a plethora of fetch. quests. Barenziah would be the perfect subject of such a game – I imagine a grid-based tactical RPG a la Final Fantasy Tactics, complete with political intrigue and a slowly growing and shrinking following of followers and allies.

My favorite game series of all time, as well documented in TheGamer, is Kingdom Hearts, one that arguably has too many characters to focus on. While I could be simple and say Riku or Roxas, I’m letting out the Disney kid in me and suggest we take a look at what Mickey Mouse is up to when he doesn’t let his friends suffer in the realm for ten years. of the darkness. The man is a king and a master of the Keyblade, but we hardly know anything about the adventures he’s had, let alone getting a chance to play and explore well as he does. Mods for Kingdom Hearts 3 have already proven just how much potential Mickey has, so it’s up to Square to unleash it.

Red Dead Redemption is one of my top three favorite games of all time, and is a sequel, in terms of in-game timeline, to the critically acclaimed sequel. I’m firmly on the side of John Marston as my favorite protagonist over Arthur Morgan, as I preferred the tragic, more bleak story the game told – woven closer to the fabric of the genre and its specific theme: the dying West. Those who completed it will remember the unforgettable ending. How it ends with a side mission that allows Marston’s son Jack to take (a hollow) revenge. I’m up for a spin-off or sequel that follows Jack’s journey. I can imagine it would be sad, but I’m all for the melancholy. Perhaps it will be a tightly written 20-hour affair that shows the last remnant of the Old West and the last remnant of the Van der Linde gang.

If you are a hardcore Dragon Age fan, you will love Varric. It’s hard to say this is a hot take. You know what is a hot pull? Making a hot Varric dating simulator.

There isn’t a Dragon Age game where you can romanticize a dwarf, and it’s one of the series’ biggest disappointments. What’s the point of fantasy if I can’t fall in love with a bearded man who smells like mead and lives underground? But in all seriousness, a Varric dating simulator would a) make all the fangirls happy, b) be really hilarious not only because it’s a crazy idea but because Varric is super witty, and c) persuade everyone to Dragon Age: Dreadwolf . I rest my case.

I’m going to follow James and pick a character from a Ryu Ga Gotoku title, but one from the Yakuza spin-off series Judgment. Kaito was recently made playable in its own DLC earlier this year and it made me realize how awesome a full game would be to play as Kaito. He is funny, smart in his own way and feels like it is his duty to protect his loved ones. In short, a perfect Yakuza protagonist.

The Kaito files have whetted my appetite now, but it lacked many of the things I personally love about the series, such as side cases and fun mini-games. I’d love to see Kaito’s character develop further in his own game or maybe even take over Yagami’s Judgment series. Kaito even has his own little family now, set up at the end of his DLC, so the potential for a full game is there. Make it happen Ryu Ga Gotoku!

I am a huge fan of The Witcher. I’ve actually played all three games in the series multiple times, so it shouldn’t come as a surprise to learn that I’d love to see some spin-offs. This part is probably controversial, but I’m going to add that I’d love to see some spin-offs without Geralt. Who should lead such a game? Normally I’d say Yennefer because I think it would make for a great story, but instead I’m going to say Ciri because of its near-infinite possibilities when it comes to both story and gameplay mechanics. I mean, with her ability to change dimensions, really interesting things can happen. You could also have all kinds of political intrigue due to the fact that she happens to be a princess.

The Gray Wardens are the coolest faction in Dragon Age, but we hardly spend any time with them. All two Ferelden guards are wiped out at the start of Dragon Age: Origins, meaning you can’t quite experience the camaraderie that comes with being part of a weird egalitarian death cult. However, if we had to pick one particular director to follow in this spin-off, look no further than Duncan. That man lived a wild life before it was cut short in Origins, and following his earlier days would fit very well into the series. From seeing the birth of Alistair to the rise of Loghain, Duncan has been through so much and would be the perfect POV to follow in a Dragon Age prequel.