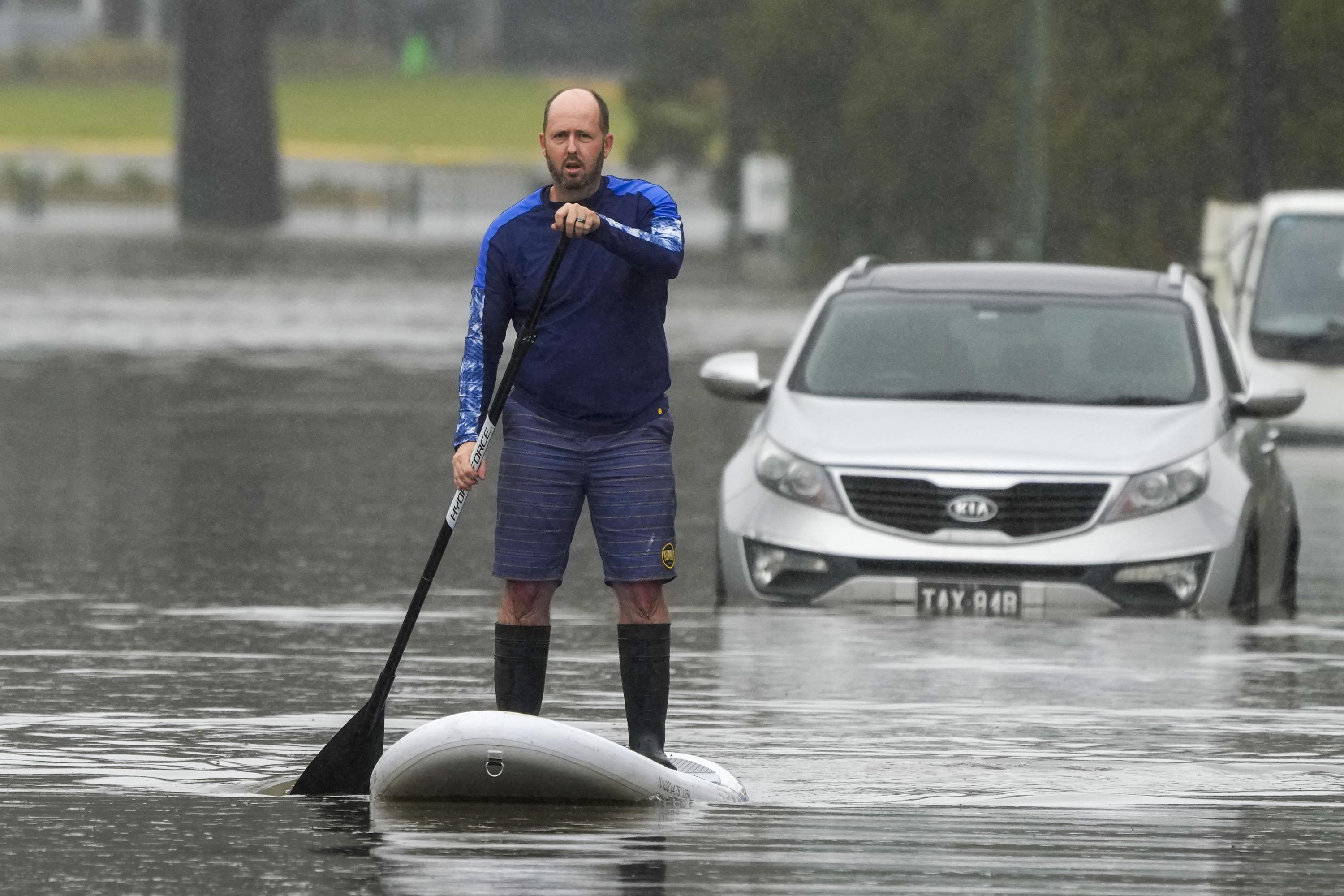 RICHMOND, Australia (AP) — Hundreds of homes have been flooded in and around Australia’s largest city during a flood that caused problems for 50,000 people, officials said Tuesday.

Days of torrential rain have caused dams to overflow and waterways to burst their banks, sending parts of the city of 5 million people into an emergency of flooding for the fourth time in 16 months.

“This event is far from over. Please don’t be complacent wherever you are. Be careful when driving on our roads. There is still a significant risk of flash flooding in our state,” Perrottet said.

Emergency Services Minister Steph Cooke praised the skill and dedication of rescue teams for preventing death or serious injury on the fourth day of the flood emergency.

Parts of southern Sydney were ravaged by more than 20 centimeters (almost 8 inches) of rain in 24 hours, more than 17% of the city’s annual average, said Bureau of Meteorology meteorologist Jonathan How.

Severe weather warnings of heavy rain remained in effect in Sydney’s eastern suburbs on Tuesday. The warnings also extended north of Sydney along the coast and into the Hunter Valley.

The worst flooding was along the Hawkesbury-Nepean River system along the northern and western fringes of Sydney.

“The good news is that it looks to be mostly dry by noon tomorrow, but of course we’re reminding people that these floods will continue to be very high after the rains stop,” How said.

“There was a lot of rain at night and that’s basically seeing some rivers a second time. So it would take you many days, if not a week, to see these floods start to subside,” How added .

Residents of Lansvale, in Sydney’s south west, were surprised by the rate at which their area was flooded and the increasing frequency of such flooding.

“Well it happened in 1986 and ’88, then it didn’t happen for 28 years and, so, 2016 and 2020 and now it’s happened four times this year‘, a local Lansvale resident who identified only as Terry to Australian Broadcasting Corp television. said his house was under water.

Wild weather and mountainous seas off the New South Wales coast thwarted plans to tow a stricken cargo ship carrying 21 crew to the safety of the open seas.

The ship lost power after leaving harbor in Wollongong, south of Sydney, on Monday morning and was threatened with running aground due to 8 meters (26 feet) of swell and winds blowing against cliffs at 30 knots (34 mph).

An attempt to tow the ship into the open ocean by tugs ended when a towline broke into a 11-meter (36-foot) swell late Monday night, said Philip Holliday, chief executive of the Port Authority.

The ship maintained its position further from shore on Tuesday than Monday with two anchors and the assistance of two tugs. The original plan had been for the ship’s crew to repair their engine at sea. The new plan was to tow the ship to Sydney when weather and sea conditions calmed down on Wednesday, Holliday said.

“We are in a better position than yesterday,” Holliday said. “We are in relative safety.”

Perrottet described the tug crew’s response Monday to rescue the ship as “heroic”.

“I want to thank the men and women who were with those crews last night for the heroic work they did in incredibly treacherous conditions. To have a swell of 11 meters (36 feet), to undergo and perform that work is incredibly impressive,” Perrottet said.