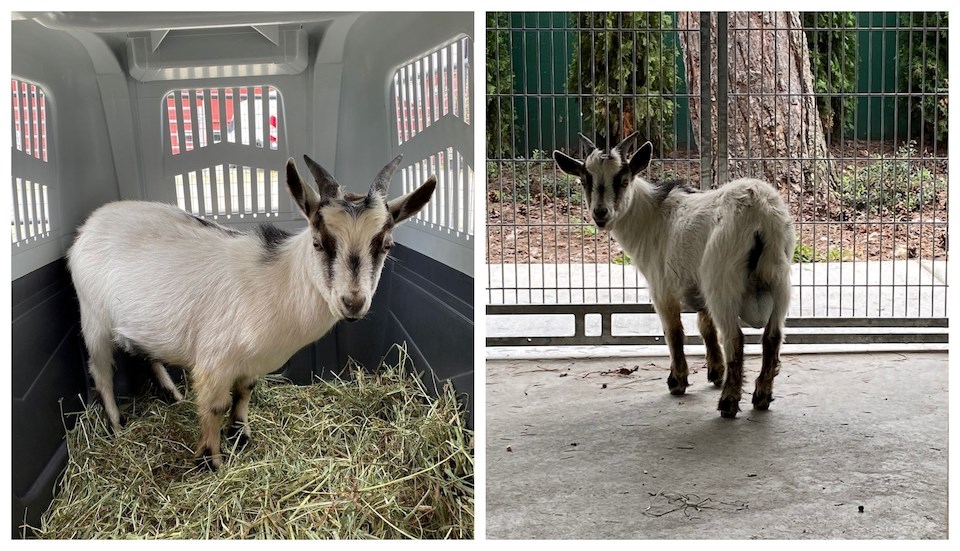 An adorable goat has escaped from his enclosure and is currently at large in Metro Vancouver.

The BC SPCA says the clever even-toed ungulate escaped from a barn in Surrey by climbing the side of the fence where it was being held. Originally found as a bum in Richmond, he was nearly caught by Surrey’s staff, but evaded their attempts due to his speed.

The goat has been nicknamed “Houdini” by the stable’s staff.

The Surrey RCMP, Animal Control and Langley Animal Clinic have all been notified of the escaped goat, but the SPCA is asking the public to call them if they see him.

“He was last seen near 168e and 50e in Surrey and he is very small and incredibly fast!” says Leiki Salumets, Manager, Equine & Farm Animal Care, BC SPCA.