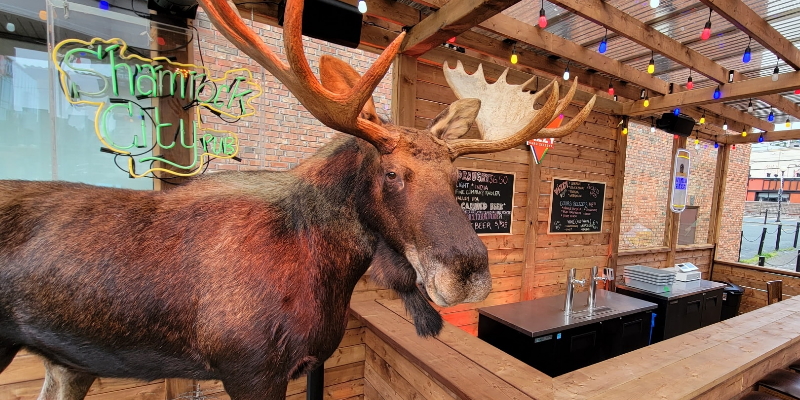 A feature of a downtown watering hole is that tourists and locals alike come for a pint.

Shamrock City’s new deck is attracting the attention of those at the Pedestrian Mall in downtown St. John’s, because of a 1250-pound stuffed bull elk affectionately called “Shammoose.”

The moose was harvested on the west coast of the province as part of a charity initiative that supports vulnerable populations. Team Broken Earth volunteers hunted the animal and donated the meat to The Gathering Place.

Information panels about the meaning of Shammoose and what he represents are placed near him. It is fast becoming one of the most popular backgrounds for pictures in the downtown area.