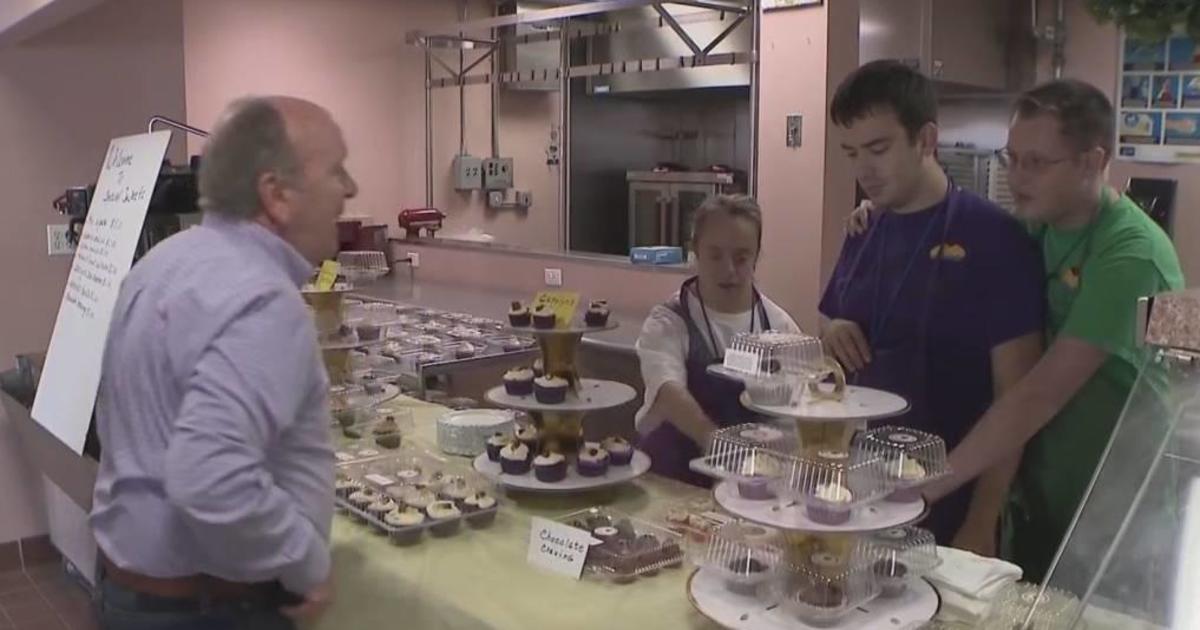 LONG ISLAND, NY — There is a special new home for a special group of young adults on Long Island. They call themselves the Cupcake Crew.

CBS2’s Jennifer McLogan first told you about: “Special Candies” on Valentine’s Day. Since then, viewers and donors have come forward to help the nonprofit and deserving bakers.

We first met them on Valentine’s Day when they were baking in the house of their former teacher Patty Castrogiovanni at Carl Place.

“We started in my kitchen and when you came to visit us the first time, and now we are here,” Castrogiovanni said. “Look at this beautiful space.”

“He happened to see your segment on CBS and he immediately contacted us and wanted to help us. He donated $10,000 to us,” Castrogiovanni said.

“They’re an amazing group and they really pour out their hearts and everything. It’s uplifting to be around them,” said Jennifer Reynoso, a Special Sweets volunteer.

The students have been together since kindergarten.

“I joined the Carle Place School District when they started the program. So I came in with them when they were five,” said Lisa Brienza, a Special Sweets volunteer and former teacher.

But when they graduated and got out of the program, Castrogiovanni sought state approval and launched the nonprofit.

“We’re all excited. We have about 200 employees here in the building,” said John McGee, a Nassau Boces security officer.

“Every time I step out of my office, it smells like a bakery. It’s amazing. We’re so happy to have them here as part of our Boces family,” said Anthony Fierro, facility manager, Nassau Boces.

“Special Sweets” has several dozen loyal customers who order their favorites online and the Cupcake Crew assists with door-to-door delivery.

“We’re happy. We cry together, we do everything together, we love them,” said Mary Alice Abraham, a Special Sweets volunteer.

The “Special Sweets” students especially wanted to thank the CBS2 viewers who donated and the volunteers who helped make them feel needed and successful.

Throughout her decades-long career, Jennifer McLogan has been recognized for her breaking news coverage and live coverage of key stories including the September 11 attacks, Superstorm Sandy, the Gilgo Beach murders, the Long Island Rail Road massacre, the TWA crash Flight 800, the Philadelphia Police incendiary of the radical Move group, the fires in the Pine Barrens of the Hamptons, and massive snowstorms paralyzing the Northeast. In sports, she covered Super Bowl XLVI, World Series with both the Yankees and Mets, NBA Finals with Michael Jordan and the death of Arthur Ashe.