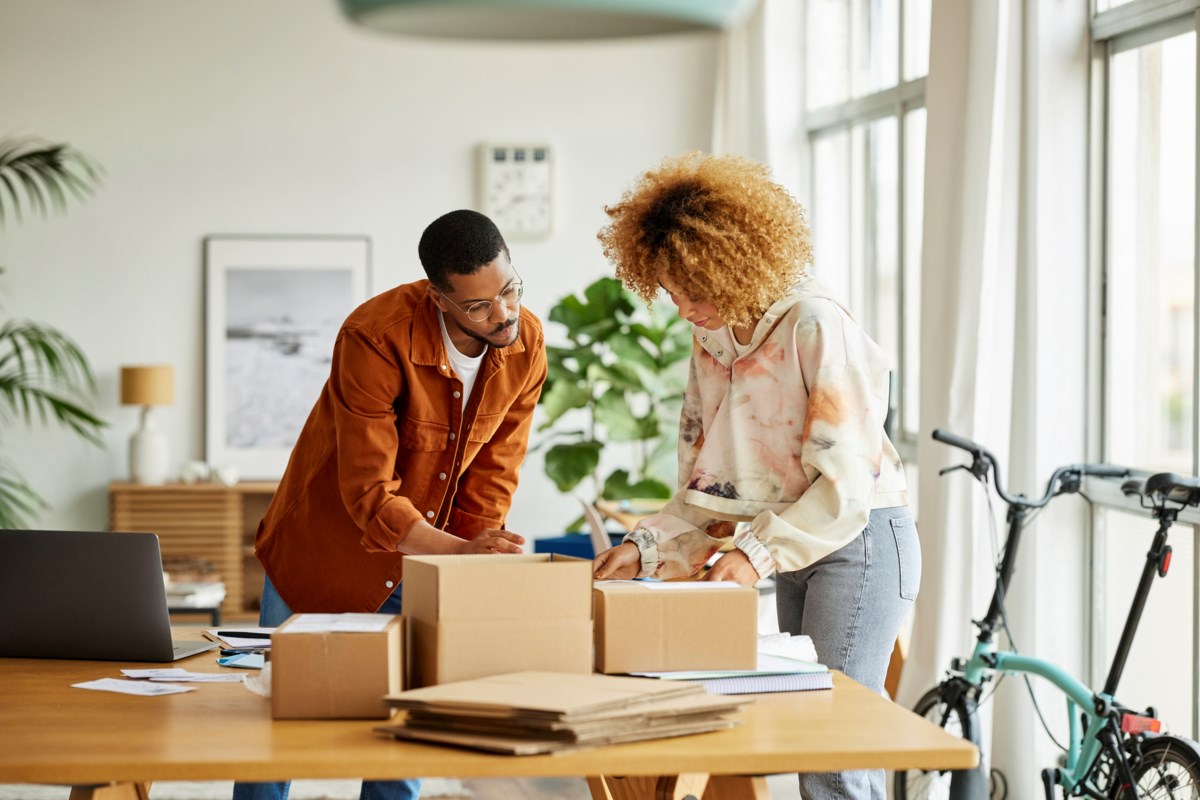 “The losses from those kinds of scenarios per year were several thousand [dollars] secure.”

Being tired of. frustrated. Worried.

That’s the feeling of small business owners in Vancouver dealing with Canada Post, even as a postal company spokesperson says, “Package rates are completely competitive within the industry.”

When the Canada Post Corporation Act came into effect in 1981, the federal government’s post office was abolished and Canada Post became a crown company that has the “exclusive privilege” to deliver mail within Canada.

The intent was to ensure financial security and independence for the postal service, but lately many small businesses are feeling the effects of this arrangement with high postage costs, lost packages and poor customer service with no other alternative to turn to.

How do prices affect small businesses?

“The prices are so high and the service so terrible that it had a noticeable positive impact on my businesses when I crossed the border,” said Eleanor Lecocq, a lawyer and the owner of the former Vancouver-based jewelry and cashmere scarf store Elle Florence. .

“If you shipped regular Canada to the US until at least 2019, you didn’t get tracking. I remember it was about $13 per bubble mailer, so not cheap,” she explains.

“It took about 2 weeks, but if… [it got] delayed there was no way to tell and I often had to refund customers who didn’t understand the issue from the US where it takes an average of 3 business days. The losses per year from those kinds of scenarios were several thousand [dollars] secure.”

Lecocq is not alone in dealing with product losses and some people have also reported damage.

Shoubi Wu owns Vancouver-based dinnerware company Lineage Ceramics and has received reports of breakages when using Canada Post as a courier. Rising shipping costs have forced the company to lay off staff, she adds, and raise the prices of its products for both retail and wholesale, which has also driven down their sales.

Similar issues are reported by Randa Salloum, owner of the beloved luxury retailer Collective Will.

“It prevents a lot of people from checking out in my online store. Shopify & Canada Post charges $13-$15 in Vancouver and over $40 to Toronto. It’s really f****ed up!”

She says she tried to offer free shipping on orders of $75 or more, but it cost her too much money, and even when she changed it to $120, she had to pay more than $25 out of pocket to get something to Burnaby. to send.

Imogen O’Neal, better known on the internet as the Hazel Witch, runs an online crystal business and offers free shipping on orders over $100 since she started her business, despite being a sole proprietor.

“Honestly, I know the free shipping option is important to my customers,” she shares. “I’ve often thought that maybe I should remove it. In the end I always decide to pay out of pocket because I don’t want to disappoint my customers. There is absolutely no magic way I can offer free shipping, it’s really coming now more than ever out of my own money.”

Like Lecocq and Wu, O’Neal has also dealt with lost packages and breakages, but thankfully it’s easy to make a claim on domestic packages and get reimbursed by Canada Post.

“However, shipping with tracking to the US is so expensive via Canada Post, and shipping without tracking means I actually have no guarantee that my orders will be delivered,” she adds. “If I were to use Canada Post and use an untracked shipping method to the US, there would basically be no insurance or protection if that package were lost.”

There are also other private shipping services, such as DHL, that small businesses can use, but Salloum says they are largely inaccessible to customers because there are fewer locations. Canada Post is in Shoppers Drug Mart, London Drugs, and everyone has one around.

For shipping to the US, O’Neal and many other companies have turned to third-party services to get around Canada Post’s US shipping policy.

Rachel “Tuna” Petrovicz, runs an illustrative business called Art By Tuna and started out selling everything from stickers and enamel pins to short run designer toys and graphic novels, but due to rising costs their main offering shifted from stationery to avoid shipping above letter post rates.

They have also used various tools to cover the postage, such as a slot box, which is a box specially designed to ensure that the shipment fits into the letterboxes.

Petrovicz and O’Neal also use ChitChats, a broker that transports and hands packages directly to USPS for US and international shipments, so packages are shipped “domestic” in the US. Petrovicz doesn’t know how they can offer this reduced rates, but says, “There are a number of services these days that can do this.”

Canada Post told VIA via email that they “set shipping rates based on a variety of factors, including origin and destination, also taking into account population density. Package weight and size, handling costs, and transportation and delivery costs.” are included in the rate.”

“Given our dual mission of remaining financially self-sufficient and providing an affordable postal service to Canadians, we are working hard to maintain reasonable, competitive prices and provide options to meet a range of needs.”

They also offer small business accounts that offer merchants a pick-up service and a discount of up to 34 percent on shipments within Canada and up to 58 percent internationally.

O’Neal also explains that since 2019, the usefulness of the Small Business account has declined significantly.

“At first it was super helpful in cutting my shipping costs. I was able to get a few bucks off each package, which was especially helpful when I was just starting out and didn’t have a lot of money to spend out of pocket. Shipping costs have been steady ever since to the point that my Small Business discount really doesn’t solve much of the cost,” she says.

“This is largely due to the fuel surcharges charged by Canada Post, which have just exploded in recent months. For example, last week I sent a small package to Newfoundland and the shipping itself cost me $19. I could get a discount of $2, 50 from my business account, but there was an additional $6.50 on top of the fuel surcharge.”

“Keep in mind that I had never seen fuel costs exceed $3 before last month.”

The fuel surcharge also contributes to making domestic rates more expensive than international rates because, according to Canada Post, “international shipping rates are set by the Universal Postal Union and its 192 members, as well as through bilateral agreements.”

O’Neal hopes to stick with its free shipping policy, but says, “Since the recent price hikes this year, it makes me more nervous about having a small business than I’ve ever been.”

“Having a business is already quite stressful and the possibility that Canada Post could continue to raise prices and mean I would have to increase my shipping costs is worrying.”

Petrovicz is frustrated on behalf of their clients who were once evenly split between Canada and the US, but are now largely south of the border.

“It’s easier to sell with better shipping costs,” they say. “Fortunately, at least they seem to understand the situation for small businesses and I don’t receive any complaints.”

“I’m not sure how many sales I’m missing out on due to these high shipping costs, but as a supporter of other small businesses I know I’ve been turned down by those charges myself in the past.”