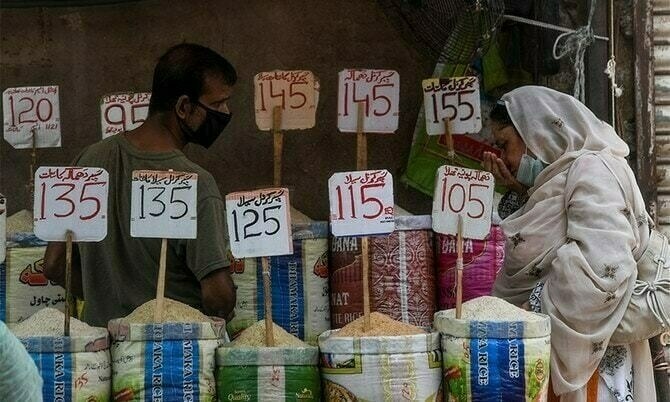 IT is a record that the new government would have liked to see unbroken. Inflation in June broke through the 20 pc ceiling for the first time since December 2008. A weakening rupee – driven in part by uncertainty over the new government’s policies and shaky statements about the resumption of the IMF program – added to the misery by pushing up import costs even further.

The 13-year inflation spike came as a result of runaway fuel prices, which – as part of measures to pursue the IMF – were unfettered by an unsustainable price cap imposed by the PTI government in late February.

Worryingly, food inflation posted a staggering 25.9 percent rise from the previous year, threatening the food security of those most vulnerable to inflation shocks. There has been a major crisis due to a shortage of edible oil following an export ban for the commodity by Indonesia, the world’s largest exporter of edible oil. The prices of ghee and cooking oil rose almost weekly at one point as hoarders and miscreants tried to take advantage of the shortage of supply and demand in the absence of regulatory oversight by the government.

Not just edible oil, traders also tried to take advantage of the prevailing uncertainty to drive up the prices of meat, fruits and vegetables in both urban and rural centers as the government had failed to put in place regulatory mechanisms to prevent price inflation. What the government should really be concerned about is that food inflation in rural areas soared to 27 percent year-on-year last month, putting a lot of pressure on rural incomes at a time when most crops were extremely water-poor and were exhausted. A wheat shortage is also looming on the horizon, likely making it even more expensive for the average citizen to eat.

The economy is currently undergoing a painful adjustment and all markets are out of balance as supply and demand adjust to inflationary pressures. Some sellers try to take advantage of the prevailing disorder by creating artificial shortages or inflating prices on various pretexts. Economics dictates that prices will eventually reach rational levels as buyers adjust their spending and sellers realize they can’t continue to make unnatural profits during an economic downturn.

However, the government cannot give free rein to profiteers and hoarders until the markets have reached a new equilibrium. Global market conditions may be out of control, but oversight of local markets is still largely in the domain of the state. The government must act in coordination with the provinces to take strict action against exploitation and where possible to protect the interests of citizens. Taking a back seat at a time when the average citizen is being crushed under unprecedented economic pain could prove politically disastrous for the PML-N and its allies.