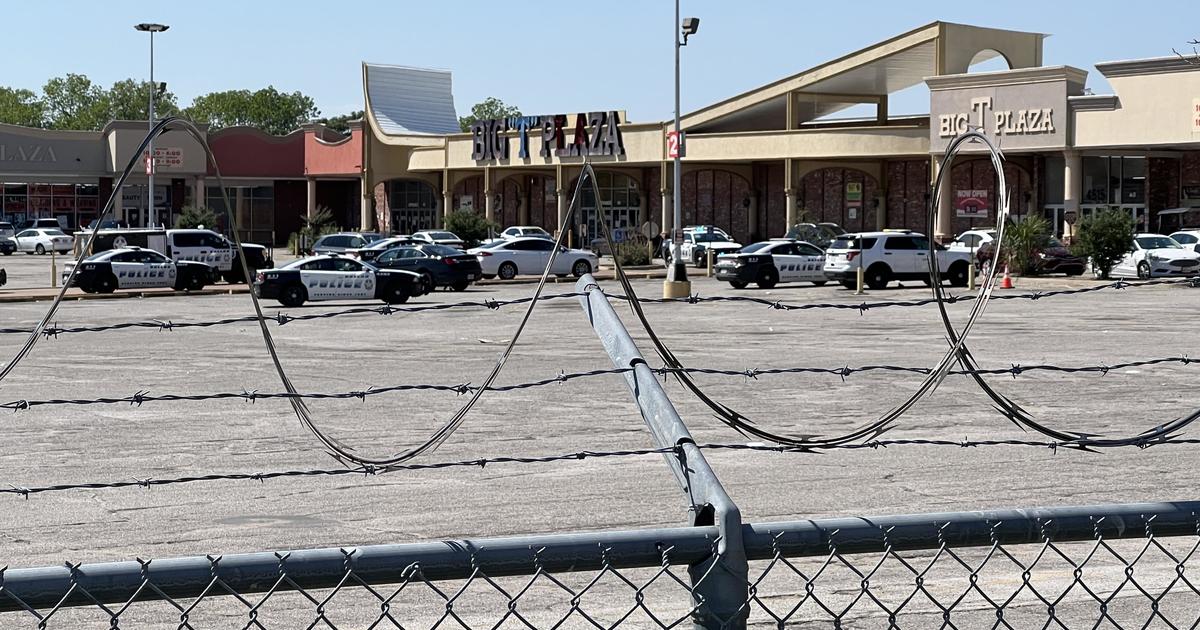 DALLAS (CBSDFW.COM) — A shooting at a popular Oak Cliff shopping center has left one dead and two others injured.

Dallas Police Department said a little after 1:15 p.m. Saturday afternoon that a suspect shot multiple people in the Big T Plaza off West Ledbedder Drive and I-35 East.

“Scary isn’t it?” said Leshenda Griffin, coming to the square to go to the beauty salon. “I don’t know why it happened, but it just has to stop, it just doesn’t make sense.”

Griffin and others who came to watch the large police presence hope for solutions to stop this type of violence in the popular square.

“I don’t know if this place has electric monitors or whatever, that could be a good first step to start, you know, everyone will have to search when they come in and I don’t mind a search if it means I don’t die, that I go back home,” Griffin added.

Mayor of Dallas Pro Tem Carolyn King Arnold represents this area and spoke with the owner of the Big T Plaza.

“The Big T Bazaar is committed to upholding that this is a safe place to shop that” [the owner is] as he always said, committed to ensuring that he has a partnership with this city, as well as the Dallas Police Department and the surrounding community,” Arnold said.

She points to working with police, businesses and community groups to ensure visitors are safe in these shopping areas.

This is a community that is trying to change the story of this square so that visitors don’t have to think like that the next time they come here.

“I’d better get in and out and hopefully I can get home tonight to see my family,” Griffin added.

Police have not released the suspect’s name or identified any of the victims.

Nick Starling joins KSHB-TV’s CBS11 in Kansas City, Missouri, where he was a reporter for over three years. Before that, he covered in Omaha, Washington DC, Lincoln, and downtown Nebraska.