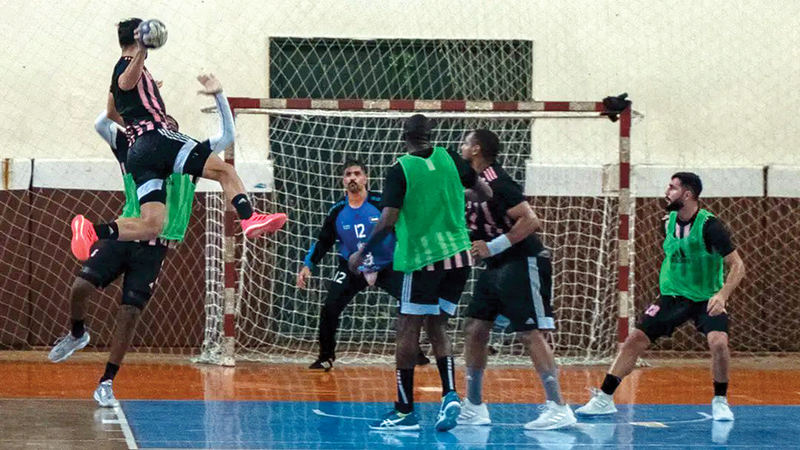 The first handball team in Sharjah Club will start its journey today at 1.30 pm in the 37th Arab Club Championship, which will be hosted by Tunisia until 27 this month, against Al-Salmiya Al-Kuwaiti, in the group stage, for the first group. The tournament is considered a qualifier for the Super Globe Club World Cup, to be held next month in Saudi Arabia.

The tournament system requires it to be kept in its provisional role in the group stage system from one stage, after the draw placed the Sharjah team in the first group alongside Kuwaiti Salmiya, Algerian Amal Skikda and African Tunisian, while the Asian champions and African clubs, Kuwait Kuwait and Zamalek of Egypt, came in the group The second with Tunisian Esperance and Algeria Mouloudia.

The head of the Sharjah mission, the handball supervisor at the club, Jassem Mohammed, confirmed the readiness of the “king” and said in an interview with “Emirates Today”: “The team gained several advantages in its external camp in Sousse, before we are moving to the city of Hammamet to launch our entry into the Championship.” He continued: “The camp has helped to increase the trust and willingness factors for our players, especially with two friendly experiences with Tunisian teams, which have added the factor of harmony and homogeneity between the players of the team and the new elements that (the king) supported, strengthened. .”

He added: “The tournament is very strong because there is an incentive to get the World Cup ticket to the “Super Globe” in Saudi Arabia, in addition to the strength of the names of the teams competing for the title from Asia. and Africa.” He concluded: “We have great confidence in Sharjah’s players to deliver the level required, and we are counting on our opening match to register a fresh start for the Algerian Amal Skikda meeting the following day, which will be followed on the 20th of this month with the African Tunisian meeting at the end of the group stage.”