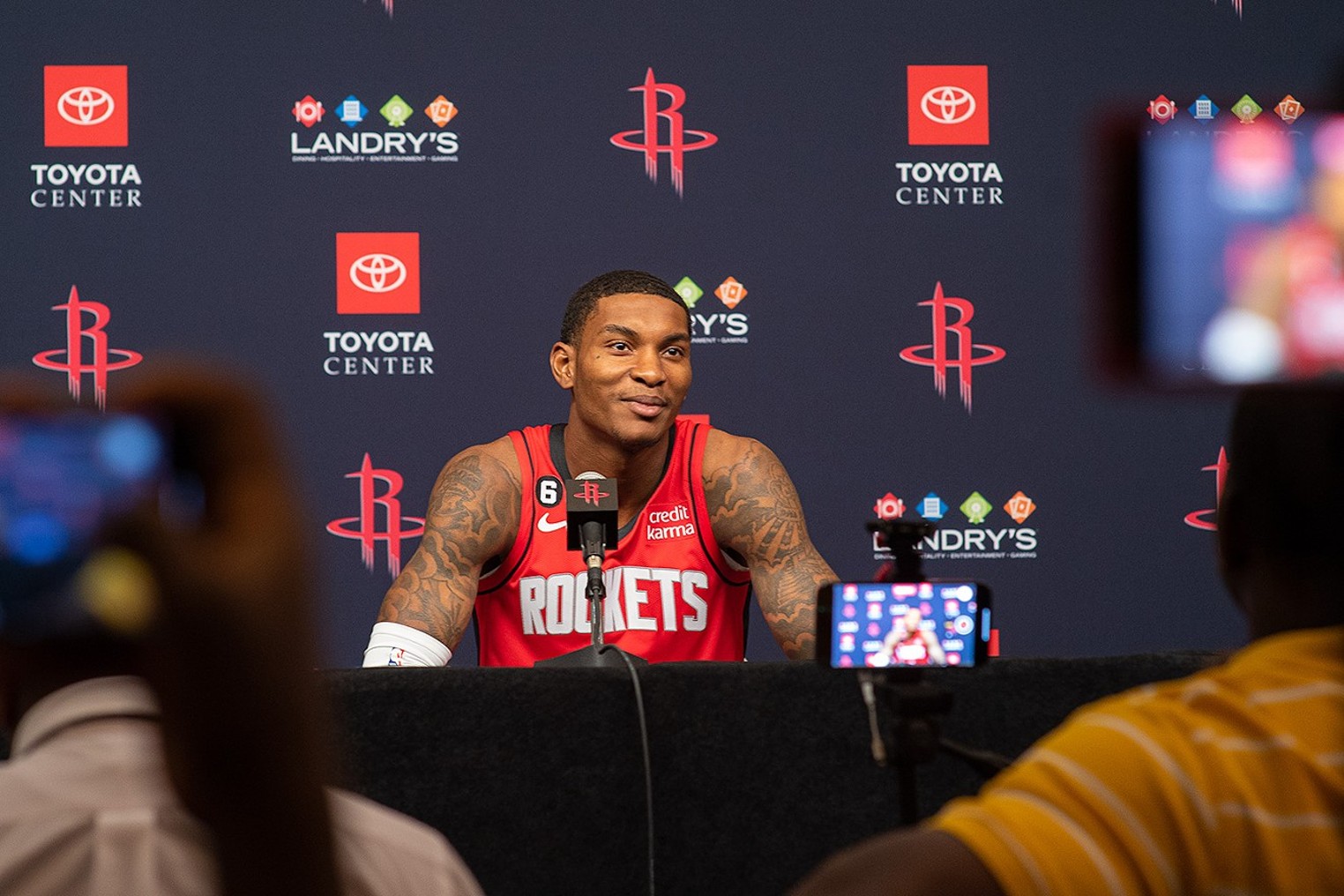 “Man, we’re still so young.” Those were the words of Rockets coach Stephen Silas after a 117-107 loss to the Hawks in Wednesday night’s season opener. His comments were in response to a question about mistakes that had cost the team a chance at a win over the talented Atlanta squad, and how he talked to his assistant coaches about his group.

The Rockets won just 20 games last year, the worst record in the league and finished bottom of the NBA standings for the second consecutive season. In its first year, along with some smart trading moves, it gave them four first round picks, including runner-up overall Jalen Green. This year they took three more, including number three Jabari Smith, Jr. But because of that, they have a core of talent that is mostly under the age of 24.

And, as the saying goes, this is a men’s competition.

The result will be another losing season and a lot of frustration, but the measures of success, like last year, will focus on progress rather than W’s. There will be a few more things to look for that will help them get past last year’s 20 wins and potentially overshadow the 23.5 over/under number set by Las Vegas before the season started.

This was one of the worst defensive teams in the NBA last year. That is often young teams. And even if they don’t suddenly make the jump to the top ten in that category – they won’t – it would be a huge improvement to work their way into the middle of the pack. Drafting Smith and Tari Eason and adding Bruno Fernando should help, but this will have to be a defensive effort from the team, especially in the backcourt.

Heavy reliance will be placed on Green and Kevin Porter Jr. for their scoring, but any improvement in their defense will pay off immediately. Both have the skills required to be solid on the defensive side of the floor, and they will need to set the tone on the perimeter. New players and schemes will help with that, but the more energy they put into D, the more likely the Rockets will turn L’s into W’s.

Focusing on winning tendencies, not just getting results.

There is always a lot of talk about individual player progress: better shooting, better defense, smarter decisions. But more than that, the Rockets need to find out who these guys are and point them in the right direction. Silas will want to know what each player is doing well and discover not only how to exploit that, but also how to extend it. This will be measured incrementally over the season, but it should be noticeable.

It’s a tough job to determine where guys will be best on the floor and, most importantly, how each of them fits in with the others. It will undoubtedly lead to many mistakes. As Silas pointed out after the Atlanta loss, these guys have only played five games together, and that’s just the ones who weren’t injured. The process we’re supposed to trust isn’t just based on making Green a future scoring champion or KPJ in Chris Paul-light. It’s about putting them all in the best position to succeed and hammering away at that all season, sometimes for the worse in the short term, but ultimately for the better.

Has Alperen Sengun improved his shot this year?

It’s a make or miss competition and the Rockets are missing LOTS of shots. This is not due to a lack of trying. As usual, they will once again be a volume three-point shooting team, thanks to a philosophy that values ​​analysis alongside talent. But don’t be surprised if Green, Smith and others also lean in the midrange because ANY shots they can land will be good shots. Young teams tend to compete in half-track sets. While the Rockets will certainly be at the top of the league at pace, good teams will try to force them to play slow and the only way to beat that effectively is by hitting shots.

Green, Porter, Jr. and Smith, who shot more than 40 percent from behind the arc in college, should be able to improve, especially with more catch-and-shoot threes instead of shots from the dribble. Eric Gordon should remain one of the best on the team by a distance. But can Alperen Sengun and Jae’Sean Tate add improved shooting to their offensive games? Will KJ Martin and Josh Christopher and Eason get better off the field? Those role players will go a long way in determining how successful the Rockets are on the offensive side of the floor this year.

Core talent learn to play together.

While it’s not a foregone conclusion, it feels like the Rockets have the most of what will hopefully be the core of a winning team in a few years. That could also be another good pick this season, depending on their track record, but nothing should be more important than figuring out how KPJ, Green, Tate, Smith, Sengun, Eason, and Josh Christopher, among others, can learn to be great together. to be.

It won’t be easy and it certainly won’t happen overnight, but it should be the primary measure of the franchise’s progress going forward. They cannot afford to waste seasons where the losses can pile up and it is at least tolerated when it is not expected. If they sacrifice winning to build a champion, the clock is ticking to find out. This season should be devoted almost entirely to that pursuit.

Jeff Balke covers the Astros and Rockets weekly for the Houston Press and co-hosts the Bleav in Astros podcast with former third baseman and current Astros announcer Geoff Blum. follow him Twitter.