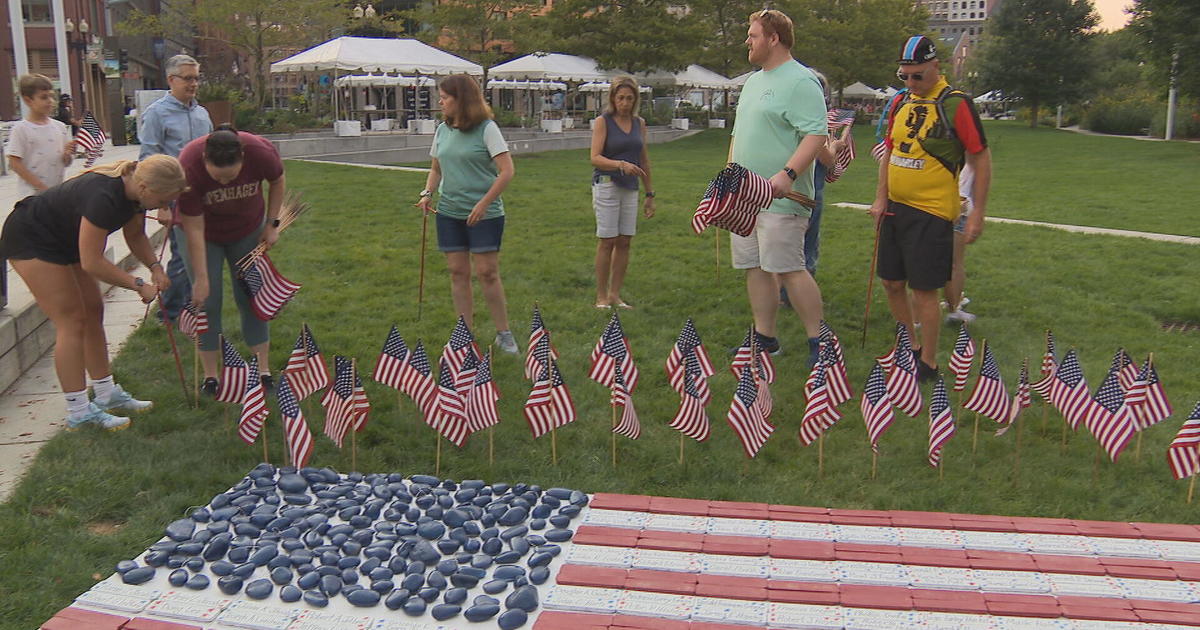 BOSTON — Sunday marks 21 years since the September 11 attacks on the World Trade Center in New York that killed nearly 3,000 people. 206 of the dead were from Massachusetts.

In Boston, the 9/11 commemorations begin at 8:30 a.m. outside the State House with a moment of silence. It will be accompanied by a reading of the names of those who died on that day in 2001.

Massachusetts Governor Charlie Baker, Lieutenant Governor Karyn Polito, Attorney General Maura Healey and Boston Mayor Michelle Wu are expected to attend the talk, as well as people who lost loved ones in the terrorist attack. After that, the Madeline “Amy” Sweeney Award for Civilian Bravery will be presented.

Also on Sunday, the Massachusetts Military Heroes Fund brings together volunteers to fill care packages for overseas troops and veterans in Massachusetts on the Rose Kennedy Greenway. In addition, there is a new way to honor the local victims of the attack. A giant flag was made on the greenway with the names of the victims.

Katie Pakenham lost her stepbrother, Timothy Stout, on September 11. She wants the names of the victims to represent so much more.

She says in the tragedy of 9/11 people intervened to help in any way they could, therefore Sunday will be a day of service, and volunteers on the Greenway will each learn the story of a life lost on that day, or a service worker who has since passed away so no one is forgotten.

“Each volunteer will have the opportunity to think of one person, say their name, read their biography and reflect on the contribution they have made,” Pakenham said.

Organizers say it’s important to continue the spirit of giving that took place right after 9/11, and it will connect many young adults of the Project 351 youth movement who weren’t born 21 years ago.

“Our young people can come to honor and remember even if they weren’t alive in 2001. It just goes to show that this legacy of hope and unity can continue for years to come,” said Project 351’s Michaela Campbell.

As the volunteers gathered on the giant flag, Pakenham said they were strangers 21 years ago. Now they are family.

“I now feel so much love and attachment to so many of these names because of the families that surround them.”

Emmy award-winning Beth Germano is a general assignment reporter for WBZ-TV News. Born and raised in Massachusetts, Germano has been a New England-based reporter for over 15 years. She joined WBZ-TV in 1996 as a freelance reporter after reporting for several local television stations, including WCVB-TV, New England Cable News, Monitor Cable Channel, WLVI-TV, and WGBH-TV.