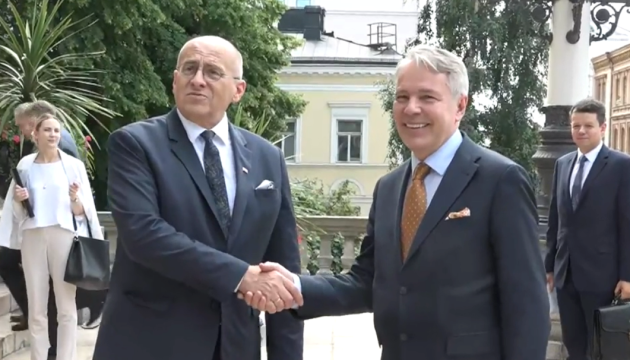 The current sanctions against Russia are insufficient, a new package of restrictive measures is needed.

“The Russian regime must be isolated from the international community and the economy. Current sanctions are insufficient, we must continue to work on a new package of restrictive measures,” Poland’s Foreign Minister Zbigniew Rau said at a joint press conference with Foreign Minister Affairs of Finland Pekka Haavisto in Helsinki on Friday, Ukrinform reports referring to TVN24.

He noted that Poland welcomed Finland’s application for NATO membership and noted that joining the Alliance would significantly enhance security and political stability in the Baltic Sea region.

Rau also thanked Finland for its solidarity and support for Ukraine.

In turn, Haavisto said his country showed solidarity with Ukraine, which had been attacked by Russia. He said that Finland has taken in more than 20,000 refugees from Ukraine and has also allocated €70 million for the reconstruction of Ukraine.

Finland’s foreign minister noted that Russian aggression against Ukraine had accelerated the process of his country’s integration into NATO.

At the recent NATO summit in Madrid, Finland and Sweden were officially invited to join the Alliance.