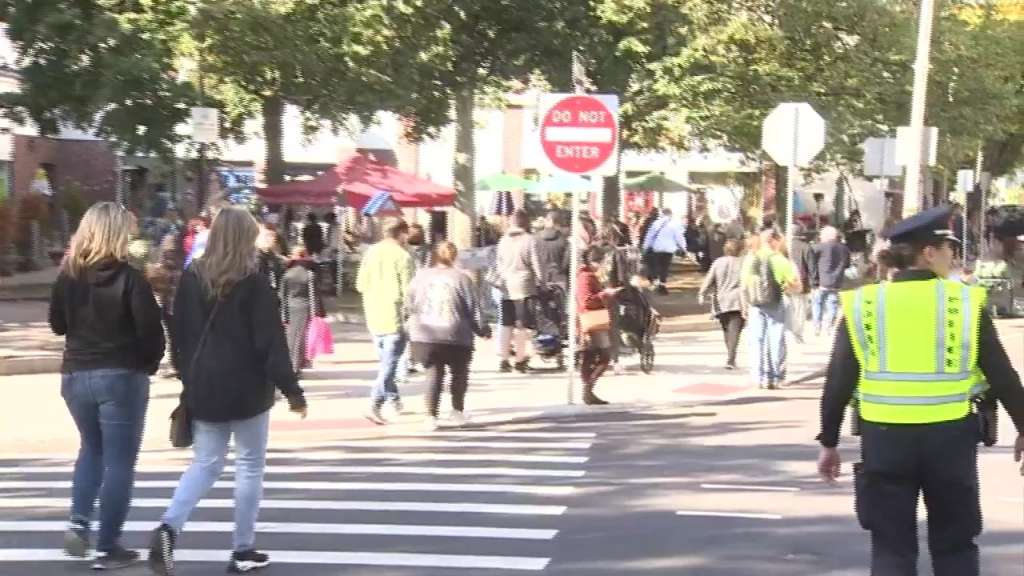 Last weekend, more people visited Salem than can fit into Gillette Stadium, which seats 65,000. The number of visitors last weekend also surpasses residents with the population of Salem itself reportedly only around 45,000.

“This street alone; I don’t think you could move. And if you didn’t have a dinner reservation, forget it,” Salem visitor Lauren Pisano said.

Commuter Rail will add more services this weekend between North Station and Salem, as well as Salem and Beverly/Newburyport. The city said all lots, garages and spaces filled early last weekend, so unless visitors have a broom, the city recommends taking a train or ferry.

The mayor of Salem said she is grateful to Keolis Commuter Services and the MBTA for providing extra service for the busiest time of the year and encourages people to check the Commuter Rail timetable before coming to Witch City.

(Copyright (c) 2022 Sunbeam Television. All rights reserved. This material may not be published, broadcast, rewritten or redistributed.)