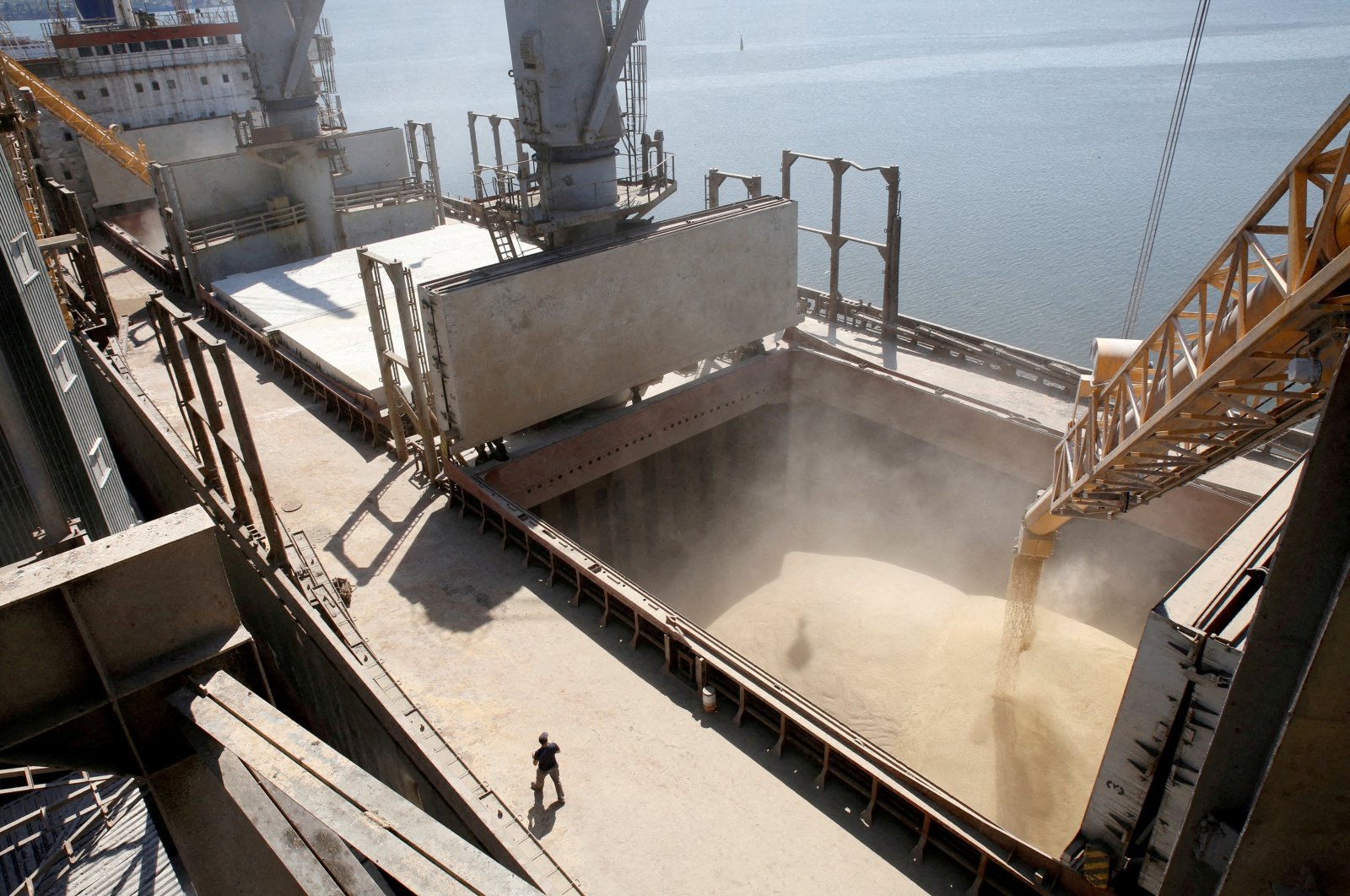 A Russian freighter carrying grain that Ukraine claims has been stolen has been detained by Turkish customs, Ukraine’s ambassador to Turkey said on Sunday.

“We have full cooperation. The ship is currently standing at the entrance to the port, it has been detained by the customs of Turkey,” Ambassador Vasyl Bodnar said on Ukrainian National TV.

Bodnar said a meeting of the investigators on Monday would decide the fate of the ship.

Ukraine on Friday reportedly requested that Turkey detain and arrest the Russian-flagged freighter Zhibek Zholy, which is carrying a cargo of Ukrainian grain from the Russian-occupied port of Berdyansk, according to a Ukrainian official and a document accessed by Reuters.

The official of Ukraine’s foreign ministry, citing information from the country’s maritime administration, said the 7,146 dwt Zhibek Zholy had loaded the first cargo of about 4,500 tons of grain from Berdyansk, which the official said belonged to Ukraine. .

Bodnar said in early June that Turkish buyers were among those who received grain that Russia had stolen from Ukraine, adding that he had sought Turkey’s help to identify and arrest those responsible for the alleged shipments.

Turkish Foreign Minister Mevlüt Çavuşoğlu said two weeks ago that Ankara was investigating allegations that Ukrainian grain has been stolen by Russia and will not allow such grain to be brought into the country.

Çavuşoğlu appeared to deny Ukraine’s claims about stolen grain shipments arriving in Turkey, saying that Ankara had not yet seen such cases and that it had notified Kiev of the results of each investigation.

In a letter dated June 30 to the Turkish Ministry of Justice, the Office of the Ukrainian Prosecutor General stated that the Zhibek Zholy was involved in the “illegal export of Ukrainian grain” from Berdyansk and carried 7,000 tons of cargo to Karasu, Turkey, which a higher tax than stated by the official.

The Ukrainian prosecutor’s office asked Turkey to “inspect this seagoing vessel, seize grain samples for forensic examination and demand information on the location of such grain,” the letter said, adding that Ukraine was ready to issue a ​to conduct joint investigations with Turkish authorities.

A Russian-installed official in the Russian-occupied areas of Ukraine’s Zaporizhzhya region said on Thursday that after a hiatus of several months, the first cargo ship had left the port of Berdyansk without naming Zhibek Zholy.

Ukraine has accused Russia of stealing grain from the areas Russian troops have occupied since the invasion began in late February. The Kremlin has denied that Russia stole Ukrainian grain.

KTZ Express, based in Kazakhstan, confirmed to Reuters that the Zhibek Zholy was owned by the company, but said it was taken under a bareboat charter – when no crew or supplies are involved – by a Russian company Green-Line, which was not designated under any sanctions.

KTZ Express added that it consulted the concerned parties and would abide by all sanctions and restrictions.

The Ukrainian Foreign Ministry official added that the ship was on its way to the Turkish port of Karasu.

The ship reported its position at anchor near the port of Karasu, the Refinitiv vessel’s tracking data showed on Friday. The data shows that it crosses the Black Sea from the vicinity of Crimea. It did not list Berdyansk as its destination on Friday, but the tracking data is dependent on transponders updating their positions.

Western countries have accused Russia of creating the risk of global famine by preventing Ukraine from exporting grain through its Black Sea ports. Moscow denies responsibility for the international food crisis and blames Western sanctions.

Stay informed about what is happening in Turkey, the region and the world.