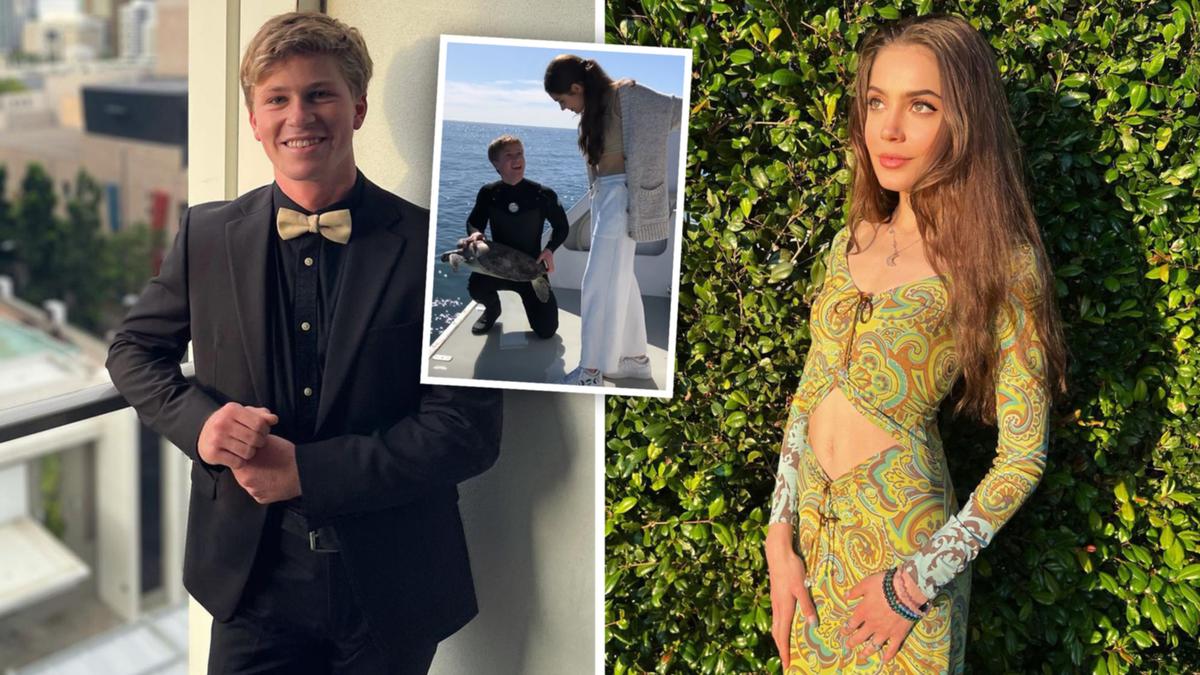 Robert Irwin may be off the market.

It appears that he is in a relationship with an old friend, actress Emmy Perry, according to reports in Woman’s Day.

The two have been linked for a number of years, but Perry recently visited the country and spent time at Australia Zoo with Irwin.

They were first spotted together in 2019 enjoying a day at Disneyland and attending the Steve Irwin Gala Dinner in Los Angeles.

Recently, Perry posted some Insta shots showing her with animals at the Australia Zoo, and a video of Irwin returning a rehabilitated turtle to the ocean.

“So honored to be part of Turtelee McTurtle Face’s return to his home after his life-saving care at Australia Zoo Hospital! Happy trails, dear boy,” she wrote.

Irwin replied, “So much fun!”

The rumors come after Iwrin appeared in a glamorous photo shoot for Stellar Magazine.

The youngest Irwin graced the latest edition of Stellar where he teased that he is the most stylish Irwin.

“I actually came to be known as the fashionable Irwin,” Irwin joked.

“If my family were here, they would certainly give me some warmth. They like to joke about my shants or shorts. But I think we can confirm that shants are in fashion, right?”

The conservationist also talked about his father and his influence on the world.

“My dad wasn’t exactly a fashion icon, but he was iconic just for making khaki cool,” Irwin said.

“I feel an incredible sense of pride when I put on my khaki uniform in the morning and it feels normal – more normal than anything else I wear.

“Because it’s my daily life and I feel this bond with Dad. I feel this connection to my family and this sense of purpose. That’s what fashion can do. It gives strength.”