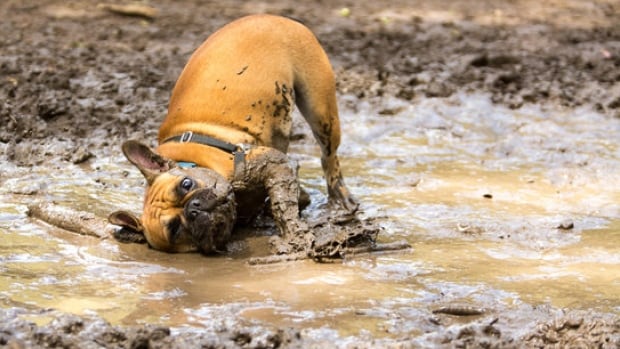 A new study says Nova Scotia has the highest percentage of dogs testing positive for a potentially fatal disease than anywhere in the country.

Leptospirosis, also called lepto, is a bacterial infection in dogs that kills more than 25 percent of infected animals.

Lepto is transmitted through urine and urine-contaminated water such as pee. Symptoms include dogs being lethargic and vomiting and can range from subtle to severe. The disease is zoonotic and can therefore be transmitted to humans.

Researchers at the Atlantic Veterinary College at the University of Prince Edward Island looked at 10,437 positive tests of lepto in dogs from clinics across Canada over a 10-year period.

Nova Scotia had the highest number of cases of lepto: 19 percent of the tests were positive. Ontario came in second with 10 percent.

Manitoba and Alberta had the lowest percentage of positive tests at just one percent.

He said the study is a first to look at how common lepto is in Canada.

The study looked at the age, sex and breed of dogs, as well as when the positive test was performed.

According to the analysis, dogs have a higher risk of contracting lepto if they are male, less than a year old, of a smaller breed, and living in an urban area.

A Halifax vet said she’s not surprised that Nova Scotia has the highest number of positive lepto tests in Canada.

“Given the rodent population we have in Nova Scotia, as well as all the standing water sources, it makes perfect sense to me that we would be the highest prevalence in the country,” said Dr. Katie O’Hanley from the North End Animal Hospital.

There was a lepto outbreak in Halifax in 2017, with 20 to 30 cases sent to an emergency clinic.

“I think a lot of people are now more aware of it and vaccinating their dogs for it,” O’Hanley said.

She said her clinic isn’t seeing many cases of lepto right now, but warns that it could be due to a lack of testing for it.

“I think lepto is much more common than we think,” O’Hanley said. “Just because we only get five to 10 positive tests doesn’t mean there aren’t more.”