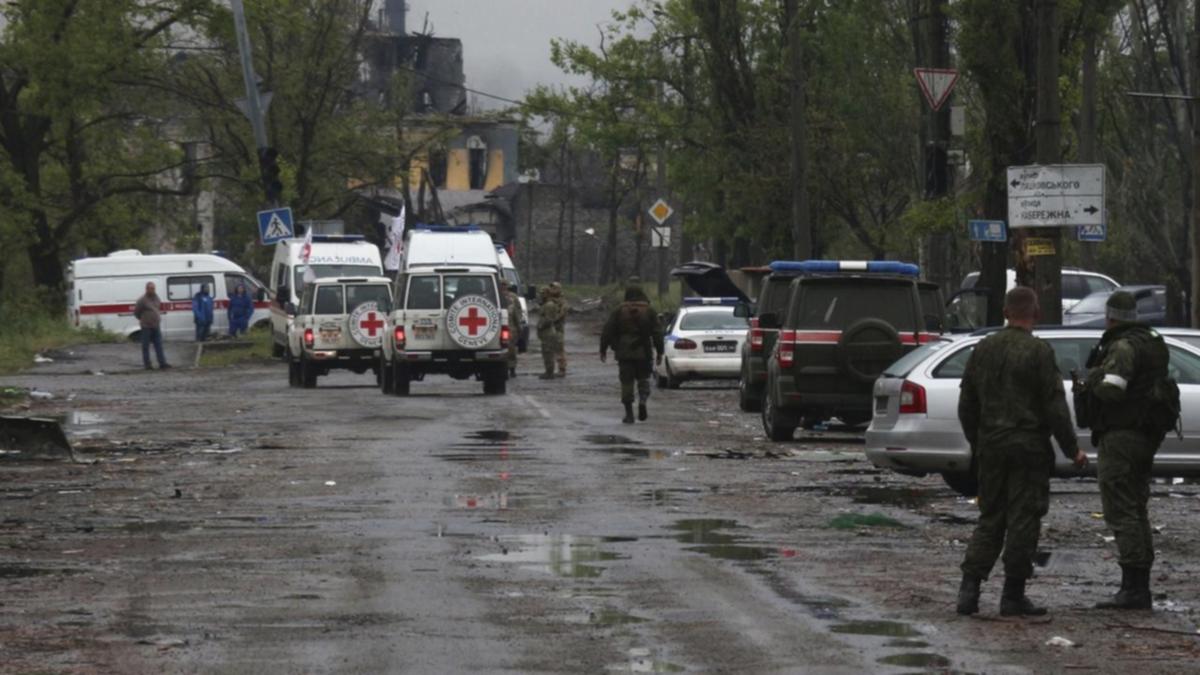 Russia has carried out nighttime attacks on several cities in Ukraine, Ukrainian officials said as she and officials in Moscow blamed each other for the deaths of dozens of Ukrainian prisoners of war in a separatist-controlled area in the east of the country.

The International Committee of the Red Cross, which has organized civilian evacuations in the war and has worked to monitor the treatment of prisoners of war held by Russia and Ukraine, said it has requested access to the prison “to check the health and condition of all those present.” to be determined on the spot at the time of the attack”.

“Our priority right now is to ensure that the injured receive life-saving treatment and that the bodies of those who have lost their lives are treated in a dignified manner,” the Red Cross said in a statement.

Ukrainian President Volodymyr Zelenskyy said on Saturday that both the UN and the International Committee of the Red Cross have a duty to respond after the POWs were killed by shelling at a prison complex in Donetsk province.

“It was a deliberate Russian war crime, a deliberate mass murder of Ukrainian prisoners of war,” Zelenskyy said in a video address late Friday. “There must be clear legal recognition of Russia as a state sponsor of terrorism.”

Both sides claimed that the attack on the prison was premeditated and intended to silence Ukrainian detainees and destroy evidence, including possible atrocities.

Russia alleged that the Ukrainian military used US-supplied precision missile launchers to shell the prison in Olenivka, a settlement controlled by the Moscow-backed Donetsk People’s Republic.

Separatist authorities and Russian officials said the attack killed 53 Ukrainian prisoners of war and injured another 75.

Elsewhere in eastern Ukraine, Russian missiles hit a schoolhouse overnight in Kharkov, the country’s second-largest city, and another attack took place about an hour later, Mayor Ihor Terekhov said on Saturday. There were no immediate reports of injuries.

Mayor Vadim Lyakh said a bus station in the city of Sloviansk was also affected. Sloviansk finds itself near the frontline of fighting as Russian and separatist forces attempt to take full control of the Donetsk region, one of two eastern provinces that Russia has recognized as sovereign states.

In southern Ukraine, one person has been killed and six injured in shelling that hit a residential area in Mykolaiv, a major port city, the region’s government said on Facebook on Saturday.

Friday’s attack on the prison reportedly killed Ukrainian soldiers captured in May after the fall of Mariupol, another port city where troops were known to endure a months-long Russian siege.

Moscow opened an investigation into the attack and sent a team to the site of the Russian Commission of Inquiry, the country’s main investigative agency. The state agency RIA Novosti reported that fragments of US-supplied precision High Mobility Artillery Rocket System missiles have been found at the site.

The Ukrainian military denied any rocket or artillery attacks in Olenivka, accusing the Russians of shelling the prison to cover up the alleged torture and execution of Ukrainians there.

The Institute for the Study of War, a Washington-based think tank, said the competing claims and limited information prevented it from assigning responsibility for the attack, but the “available visual evidence appears to support the Ukrainian claim more than the Russian one.” .