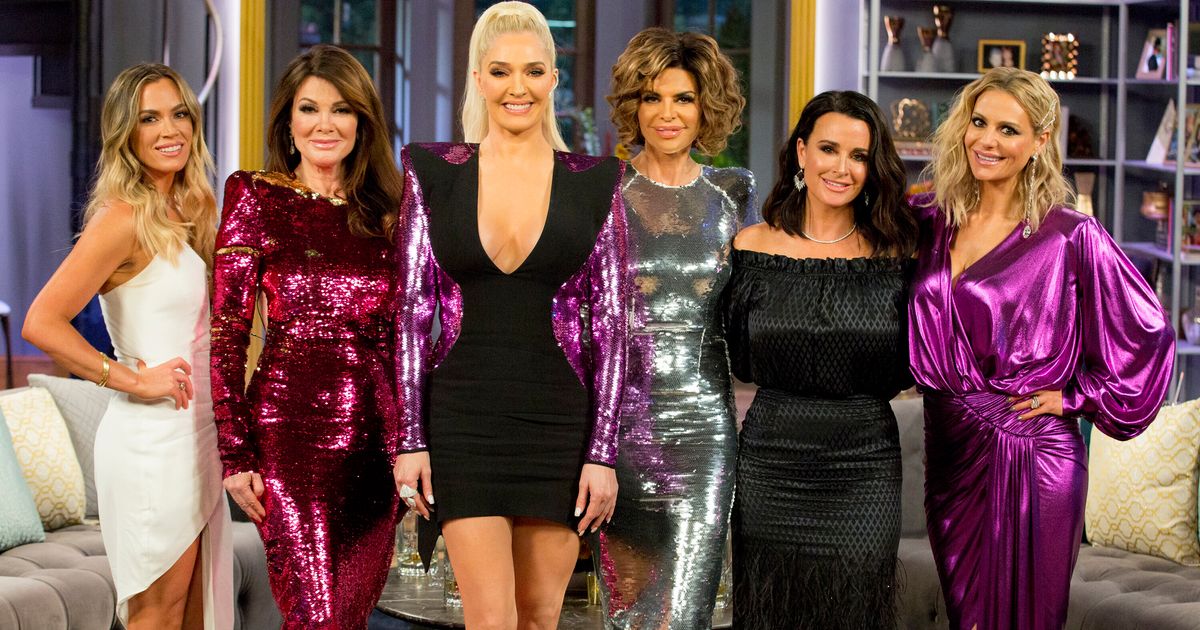 It’s the evening before BravoCon 2022, and anticipation and excitement are in the air. I’m at a party at the Freehand hotel in New York City and the ‘Real Housewives’ inspired cocktail menu has drinks like ‘The Dorit’ and ‘Reasonably Shady’. Napkins hang all over the room, don the famous catchphrase of former housewife Sonja Morgan: “I have a taste for luxury, and luxury has a taste for me.” A DJ plays “Housewives” hits like “Feeling Jovani” and several people take pictures with cutouts of housewives on sticks.

However, this party is a little different from the other BravoCon pre-parties. This one is all about politics.

“There are a lot of parallels between ‘Real Housewives’ and politics – they’re mean, there’s drama, betrayal, alliances,” one participant tells me.

Progressives of the Working Families Party use this party to launch their latest initiative: The Real Housewives of Politics. The aim is a multifaceted approach to organize the fans of “Real Housewives” through social media, live events and viewing parties.

“We’re not going to host every ‘Housewives’ fan, but people come from all walks of life and there’s a subsection of fans who want to get political, get active,” said Nelini Stamp, the idea creator and director of the WFP. of strategy and partnerships. “We want people to get organized at the grassroots level, get more involved, vote and build a community in the ‘Housewives’ fandom.”

One of the team’s biggest efforts is building a following on the @rhopol Instagram page, where freelance content creators produce memes and reels connecting ‘Real Housewives’ drama with politics, Election Day Reminders and other current events.

They also made connections with Bravo content creators who specifically promoted the page to their followers. The popular Bravo meme account @BravoHistorian, which has nearly 200,000 followers, helped give away tickets to the launch party ahead of BravoCon.

“Most of the people who watch Bravo are women or people who identify as LGBTQ+ and to see a bunch of progressive Bravo enthusiasts get together and support is what we need right now because things are tough,” says Samantha Bush , the woman behind the @BravoHistorian account. said at the event.

Bush is no stranger to “housewives” getting political. She became infamous after Bush was attacked by conservative former housewife Kelly Dodd shouted one of Dodd’s friends with the “OK” signthat has become a white power symbol, in a video.

“I think sometimes people are really afraid to speak out, especially people who have a Bravo meme account, because people push back and say, ‘I’m only here for ‘Housewives,'” but I’ve always been vocal. … I’m not going to talk about it,” Bush said.

“The Real Housewives” wasn’t always political, but that changed in 2016 with the election of President Donald Trump. The ninth season of “The Real Housewives of New York City” took a political turn and was filmed during the 2016 election cycle, sparking candid political conversations between the ladies. Host Andy Cohen even put every housewife on the spot at that season’s reunion and asked who they voted for.

Bravo had to take into account the lack of diversity in its franchises in 2020. The network added more women of color to casts, but these women are often the only non-white person in their franchise and are forced to take on the task of educating the audience and the cast. members on racial issues.

Bravo Fired “The Real Housewives of Salt Lake City” Newbie Jennie Nguyen Early This Year racist posts on her Facebook page surfaced, and although the network made a statement, it avoided playing any conversation or confirmation on the screen. After the horrific behavior of Ramona Singer, star Ramona Singer on Black Shabbat, the network canceled the season 13 reunion and rebooted the show.

“I think [Bravo] should be a little more in line when it comes to ‘real housewives’ and politics because they mimic real life,” Bush said. “It’s a missed opportunity, and that’s why I’m so happy to have this event tonight, because it creates a safe space where you integrate politics and ‘Real Housewives’ because politics is integrated into everything. Even if you think it isn’t, it is.”

Stamp says the Working Families Party decided to tap into pop culture a few years ago, but this is the first time fandom has been organized.

However, it is not the first time that a fandom has organized itself for political change. Especially K-pop fans and young TikTokers reserved masses of free tickets to a Trump rally in Tulsa, Oklahoma, which they had no intention of attending. Harry Potter fans started the non-profit Fandom Forward, formerly known as the Harry Potter Alliance, in 2005 as a gateway to activism and to get fans more politically involved.

“We’ve done pop culture and we’ve hosted artists and creatives, but I think the third piece we’ve always wanted was to get into fandoms,” Stamp said. “But it took us two years to build the team and focus on which fandom we wanted to pick and ‘The Real Housewives’ just made sense.”

Right-wing extremists are increasingly using the internet and social media to radicalize people, and there is a whole network of conservative teens and young men who get paid? to create and promote right-wing memes that reach millions.

“There’s been organizing online that’s been done on the left, but a lot of it has happened spontaneously and organically,” Stamp said. “There has been no investment like to the right of ‘we really need to prioritize this’.”

Towards the end of the launch party, the organizers rolled out a beautiful, giant cake with an apple, peach and orange on top and cherry blossoms along the side. Stamp asked the crowd, “What day do we vote?” The room was quiet before Stamp asked again. It didn’t take long for the whole room to shout, “November 8!”