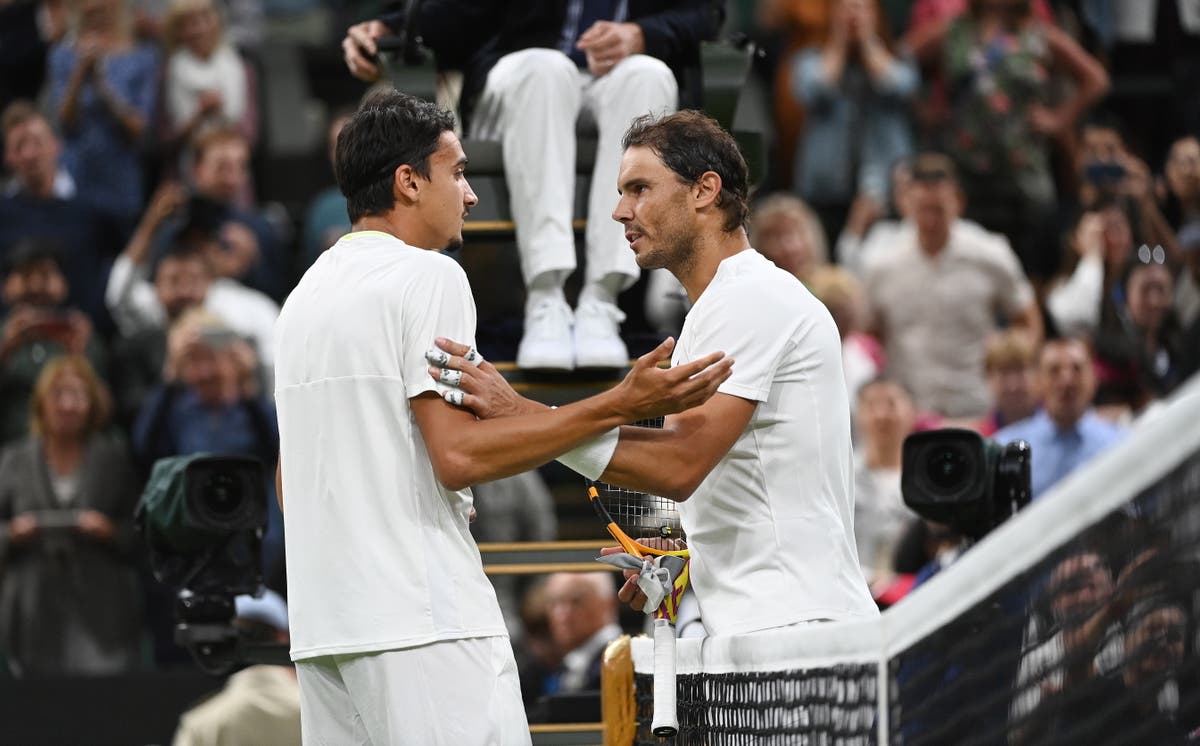 Rafael Nadal admits he was “wrong” and has apologized to Lorenzo Sonego after tempers flared in their third round at Wimbledon.

Nadal, who refuted claims of a “spirited” character to the match, seemed annoyed when Sonego growled during the points, as the 27th set whipped up a feverish crowd after a late rally in the third set.

Nadal started a lengthy debate, both at 4-4 in the third and then again after winning the match, but the 22-time Grand Slam champion admitted his mistake and revealed the pair fought their disagreements in the locker room afterwards.

“Well, first of all I have to say I was wrong,” said Nadal. “I probably won’t — I shouldn’t be calling him on the net. So apologies for that. My mistake in that. No problem. I recognise that.

“And then all the things during the match that I don’t want to comment on because that’s something I talked to him in the dressing room and it stays there. All I can say is that I saw him in person. Sorry about that .

“It was never my intention to bother him. Just to say one thing that bothered me that I think he was doing at the time, but that’s it.

“I think there are some codes between players. Yes, we had some problems there. But that’s it.”