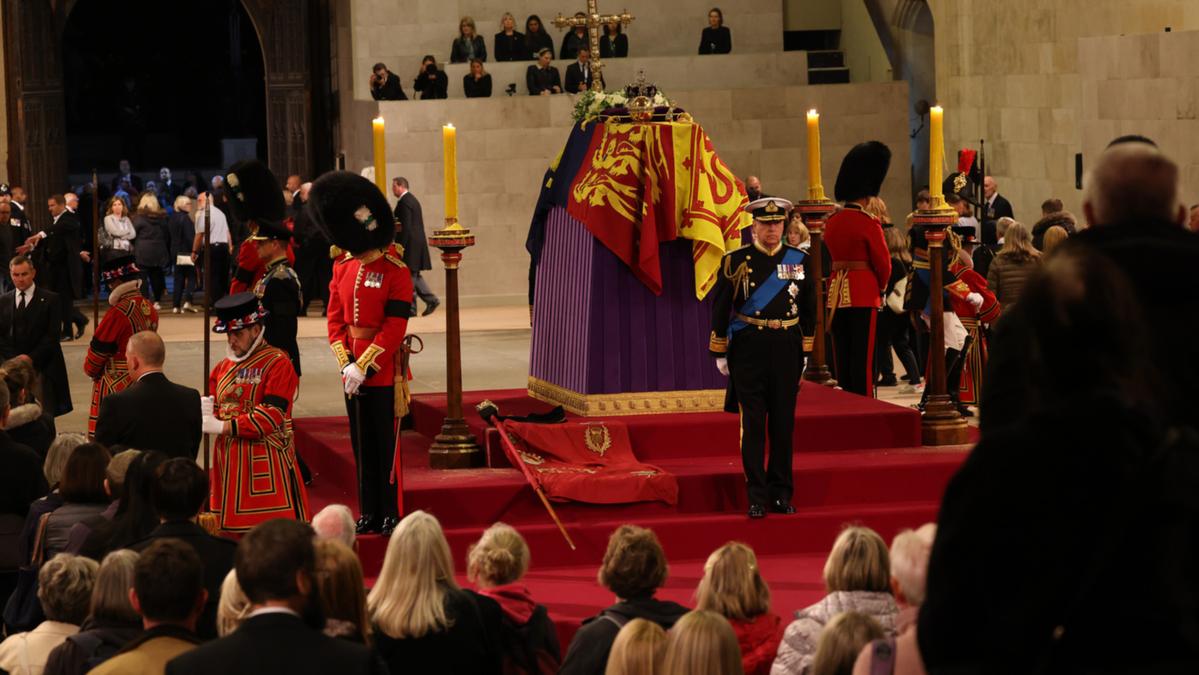 A man has been arrested after rushing the Queen’s coffin as it lies in state in London’s Westminster Hall.

Security pinned the man to the ground as he tried to snatch the flag covering the coffin, as the incident unfolded before the eyes of shocked mourners who had waited hours for a chance to see the Queen.

Live streams from Westminster Hall were interrupted for about 15 minutes just after 10pm local time when guards pinned the man to the ground.

Witness, Tracey Holland, told Sky News: “Someone decided they were my… [seven-year-old niece] out of the way, run to the box, lift the stand and try to do I don’t know what.

“She was snatched out of the way and the police had him within two seconds.

“Terrible, absolutely terrible, so disrespectful and unbelievable – and this poor little seven-year-old child, this is her lasting memory of the Queen.”