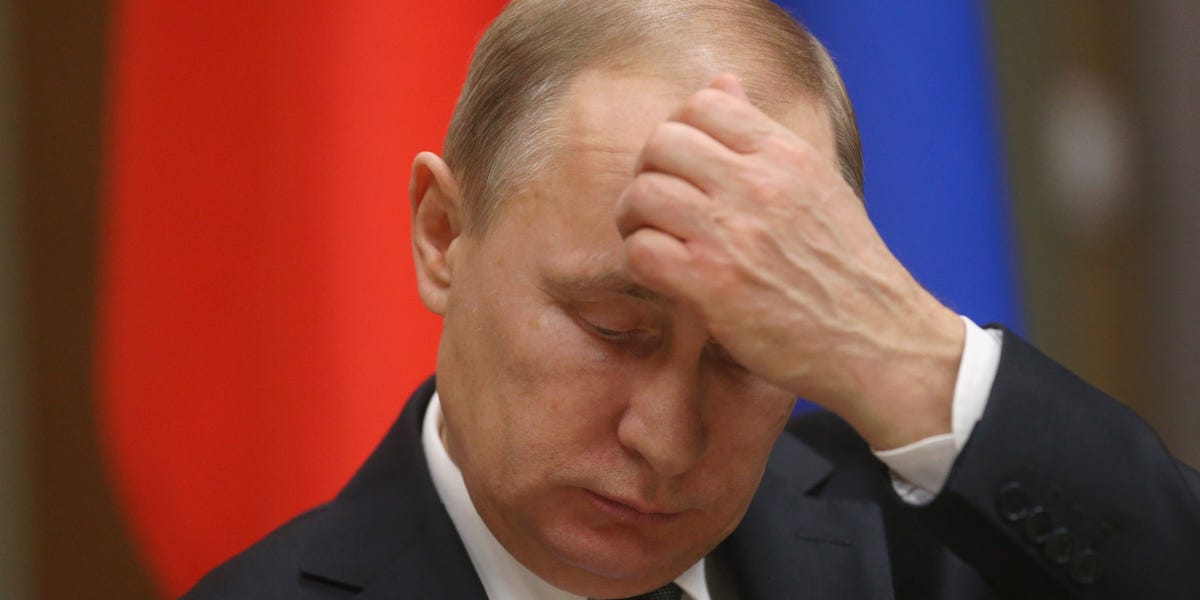 It had only been a decade or so since Russia was working on its grand ambition to make Moscow a global financial center.

At a conference in St Petersburg in 2010, then-President Dmitry Medvedev said the country’s interest in becoming a global financial center was “clear,” the BBC reported at the time. Russia needs “a developed and globally competitive national financial system” to modernize the economy, Medvedev said.

“The Kremlin has put a lot of effort into making Moscow an international financial center,” said Hassan Malik, senior sovereign analyst at Loomis Sayles, an investment management consultancy based in Boston.

“Several Russian politicians, including Putin, have spent years talking about making Russia an international financial center,” Malik, who lived in Russia from 2005 to 2008, told Insider.

Over the next 10 years, Russia began to lay the foundations for its vision. There were official efforts to improve the profiles of Moscow and St. Petersburg, and the Kremlin urged to make the ruble a global reserve currency, Malik said.

As a large and resource-rich economy, Russia has been an attractive investment destination, despite its risks. Global financial powerhouses such as Goldman Sachs and Citibank settled in Moscow. The Big 4 accounting firms – PwC, KPMG, EY and Deloitte – were also in the country.

But Russia’s illegal annexation of Crimea in 2014 and the invasion of Ukraine in 2022 have jeopardized the financial center’s ambitions.

In the months since the invasion, countries have hit Russia with sweeping sanctions. Major banks and international financial institutions have withdrawn en masse from the country. The four major accounting firms have all withdrawn or started taking steps to do so from Russia, as have Goldman and Citibank. Moreover, the war has not only endangered Moscow’s position as a financial center: it also marks a turning point in Russian President Vladimir Putin’s early government efforts to modernize the economy.

The Russian economy has not always deteriorated.

When Putin came to power as Russia’s president from 2000 to 2008, he advocated reform and modernization, wrote Anders Åslund, an economist and senior fellow at the Stockholm Free World Forum, a think tank. At the time, Putin “frequently advocated sensible reforms while promoting initiatives to modernize and diversify the Russian economy,” Åslund wrote on the Atlantic Council’s blog on June 13. medium-sized enterprises.

Putin managed to complete all the progressive economic reforms started in the 1990s by the government of Boris Yeltsin, who was Russia’s first president after the collapse of the Soviet Union in 1991, Åslund added. Putin also favored Russia’s far-reaching international integration and pushed for the country’s membership in the World Trade Organization, Åslund noted.

“These policies paid off. Russia experienced a period of uniquely strong economic expansion during the early years of the Putin era, with annual growth rates of about seven percent from 1999 to 2008,” Åslund wrote.

Foreign direct investment in the country resumed an overall upward trend from 2009 until Russia illegally annexed Crimea from Ukraine in 2014, triggering a series of US and EU sanctions.

Even after the annexation of Crimea, Russia continued to pursue its financial ambitions: the Moscow Exchange which was founded in 2011 and trades today. The country’s chief central banker, Elvira Nabiullina – who has headed the institution since 2013 – has been highly respected by her peers and has been named the world’s top monetary policymaker by several trade publications, including Euromoney in 2015.

Moving on to isolationist policies

By the time Putin took office in his second presidency in 2012, he had “already begun to embrace isolationist policies, protectionism and import substitution,” Åslund said.

Today, Russia is anything but an international pariah, with global financial institutions pulling out of the market left, right and center due to sanctions.

In March, just days after the invasion, TheCityUK – a prominent industry group – tore up a memorandum of understanding with Russia that supported Moscow on its way to becoming an international financial center.

In the 100 days since its inception, a US-backed global task force has blocked and frozen more than $330 billion in assets belonging to sanctioned Russians and the country’s central banks.

At least tens of thousands of jobs have been damaged, according to the Financial Times – the Big Four accounting firms together employ about 15,000 people, while Western banks employ about 40,000.

Russia is turning in on weather sanctions, but it will be hard to hit the top class of knowledge economies

Despite the exits, unemployment in Russia has remained stable as foreign companies leave in an orderly fashion, and as the Kremlin has tried to preserve jobs through implicit pressure on employers — a tactic the Putin regime has used over the years, it said. Malik. This contributed to a spate of deals with foreign companies selling their businesses and interests in their Russian operations to local buyers who would continue to run them under a different brand.

Russia is trying to turn inward to weather the current sanctions, but it will be a challenge for the country to penetrate the top class of knowledge economies, experts say.

“A knowledge economy depends on interacting with the most advanced of whatever field you’re in — which means international interactions,” Malik said.

The Russian economy is expected to shrink by 8.5% in 2022, with a further 2.3% decline in 2023, the International Monetary Fund predicted in an April report. That would be the biggest drop in the economy since the years after the fall of the Soviet Union in 1991.

“In fact, the 2014 invasion of Ukraine dealt a serious blow to the dubious progress that had been made so far, and after the events of recent months, it is difficult for me to see how Russia will become in the foreseeable future. a global financial center.” Malik said.