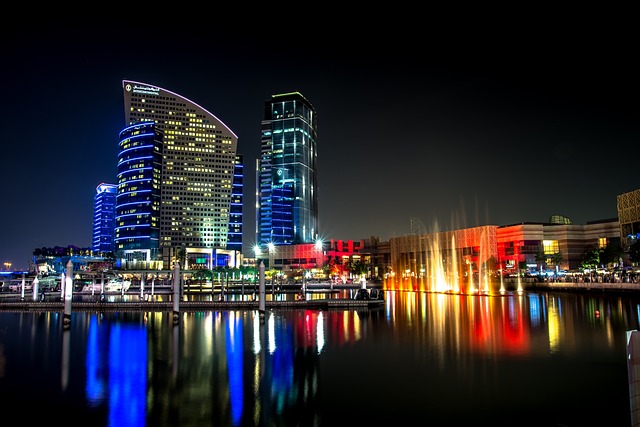 According to the latest analysis by global real estate advisor Knight Frank, the value of top properties in Dubai, including the Palm Jumeirah, Emirates Hills and Jumeirah Bay Island neighborhoods, has risen 88.8% in the past 12 months.

Faisal Durrani, Partner – Head of Middle East Research, said: “Major residential values ​​in Dubai continue to grow, growing by 29% in the third quarter alone, fueled by a continued deluge of UHNWI individuals targeting key districts from Dubai, looking for second homes. This trend marks a significant departure from the emirate’s two previous market cycles, where buyers’ predominant tastes have been tied to buy-to-let or buy-to-flip purchases.

“This insatiable demand has led to more than 100% price increases for villas in locations such as Palm Jumeirah since the start of the pandemic. Elsewhere, sales of ultra-prime homes, i.e. homes priced above $10 million, have also hit a new record. In the first nine months of the year, 152 ultra-prime sales were recorded, eclipsing last year’s record of 93. And in fact, 93 of these deals happened in the third quarter alone.”

Andrew Cummings, Partner – Head of Prime Residential, added: “The bulk of international buyers are drawn to Dubai’s unrivaled sun-sea-sand lifestyle, often associated with buying villas, and this is where the demand remains increase. Indeed, the city has just set a new record price, selling a US$82 million home on the Palm Jumeirah.

“At approximately AED 3,200 per square foot, or approximately US$870 per square foot, Dubai’s Prime residential areas remain one of the most affordable in the world. This, combined with the high quality residential product now available in the upper echelons of the market, confirms Dubai’s position as one of the world’s leading second home markets.”

Dubai’s perennial challenge, Knight Frank says, has been the “build-it-and-she-will-come” mantra, which has led to more houses being built than the market can handle. In this cycle, however, the number of planned new homes lags behind demand.

Durrani explains: “At first glance, the city appears well-supplied, with nearly 81,000 units by the end of 2025. Once that figure is broken down, we see only 8 new villas being built in the Prime-Prime between 2023 and 2025. residential areas of Dubai – all on Jumeirah Bay Island. Developers have not yet rushed to market new projects as we have seen in the past to take advantage of the tsunami of demand for luxury housing.

“The biggest challenge for the emirate is the shortage of waterfront homes. The revival of Deira Islands as the Dubai Islands should help alleviate the drought of ultra-prime homes once development plans are finalized, although it will likely be a few more years before the first homes are ready to move into here .”

Cummings continued: “International buyers are looking for properties that wouldn’t look out of place in Miami, Monaco or LA. And developers are responding to this, with contemporary homes complete with extensive use of glazing and state-of-the-art finishes that transform the residential landscape. Especially smaller, more private developments are popular with the international elite, Dubai is fast moving away from the days of Mediterranean-themed homes, with ultra-modern developments quickly beginning to dominate.

In the short to medium term, Knight Frank does not foresee any stagnation in demand; in fact, the opposite is predicted. The mainstream market is expected to see price growth of 5-7% by the end of the year.

For Prime Dubai, prices are likely to end the year some 60-80% higher than in 2021. The COVID comeback cycle that started two and a half years ago has led to a 101 increase in values ​​so far. % on the Palm Jumeirah and 98% on Jumeirah Bay Island, while Emirates Hills has seen prices nearly double over the same period.

“With increasing global economic uncertainty, Dubai is once again emerging as a safe haven in the storm. The relentless demand from international UHNWI coupled with the shortage of waterfront homes, the leading government response to the pandemic, positive business sentiment, one of the most business-friendly environments anywhere and arguably one of the world’s best beachfront properties is what supports our outlook,” explains Durrani.

Knight Frank cautions, however, that Dubai’s global nature is exposing it somewhat. The impact of the strong dollar on international demand, while too early to assess, appears limited given the relative value of the residential market compared to other global gateway cities.

In addition, while rising interest rates will undoubtedly pose challenges for mortgage buyers, the majority of purchases (approx. 80%) are cash transactions, which is expected to foreclose the market to some extent.

According to Knight Frank, the outlook for the residential market in Dubai remains rosy for the time being.