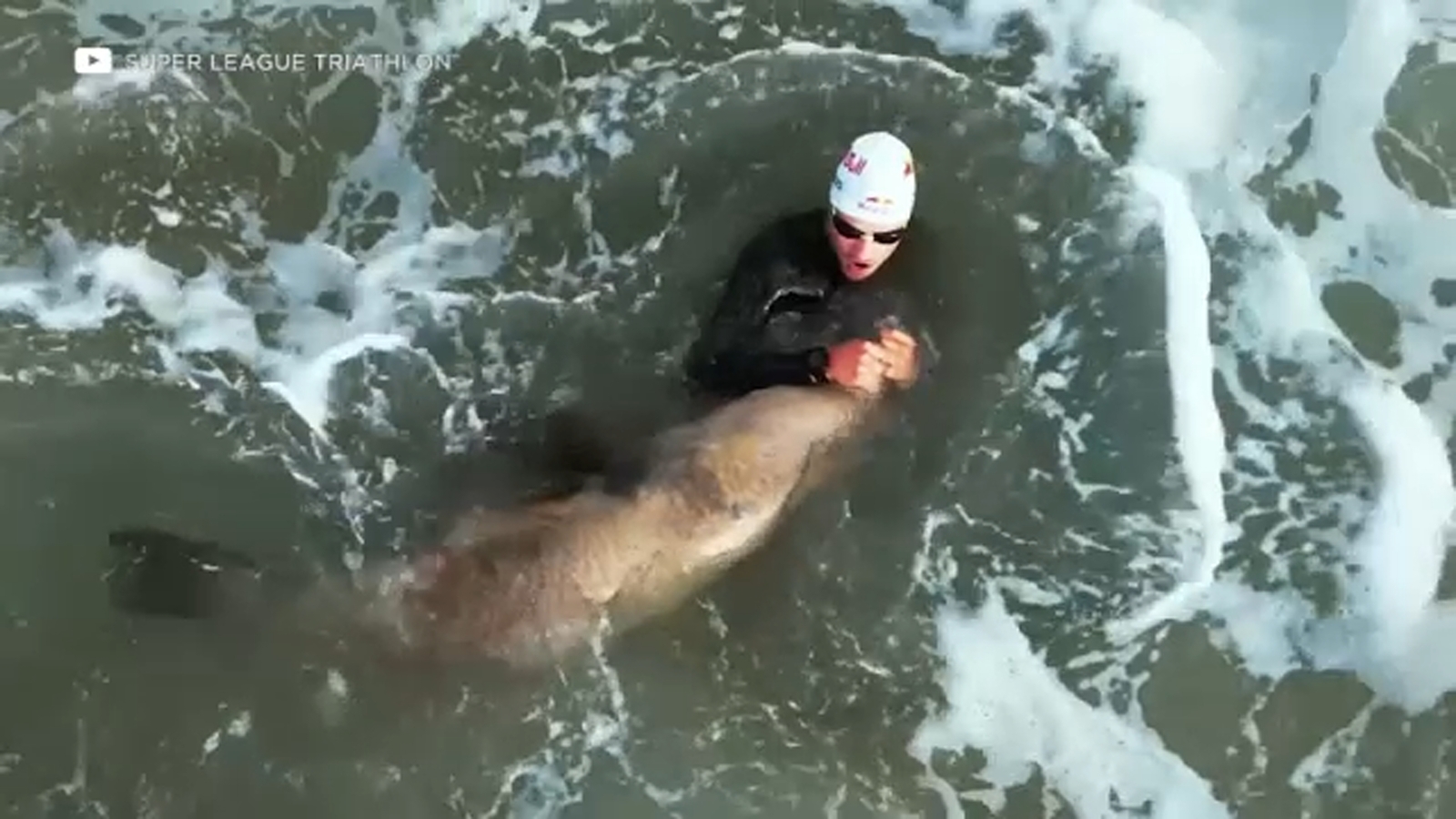 MALIBU, California — A Portuguese triathlete was attacked by a seal near a California during a training session – and it was all caught on video.

Vasco Vilaca, a 22-year-old who finished second in the Super League Triathlon in Munich last weekend, was in Malibu for training when he said the seal bit his arm.

He said he was trying to get the animal away safely without disturbing the animal.

“I just swam in the ocean and was unlucky enough to swim to a seal,” he said in a report about the incident on the Super League Triathlon website. “It started swimming towards me and got really close and it felt like a dog smelled me.”

A Super League Triathlon team filmed the athlete and recorded the attack.

“I just tried to push it away slowly without doing anything aggressive and at one point there was a strong wave pushing it against me and then I pushed it away more aggressively because it was on me and then it got scared and bit my arm and wouldn’t let go,” said Vilaca.

He said he tried to grab the seal’s teeth and open his mouth to get it out.

“I didn’t know what to do with the seal because I thought it would bite me again if I let it go,” he said.

He added: “When it bit me I was wearing a wetsuit but one of the teeth cut through and pierced the skin. When I grabbed the teeth from below and grabbed the mouth I got a few cuts on my hands I’m glad I’m okay.”

Vilaca was able to swim to shore after a large wave eventually removed the seal.

Super League Triathlon officials said he was treated by lifeguards on the beach before being taken to a medical facility for an evaluation.

He has since been cleared to participate in this weekend’s race.